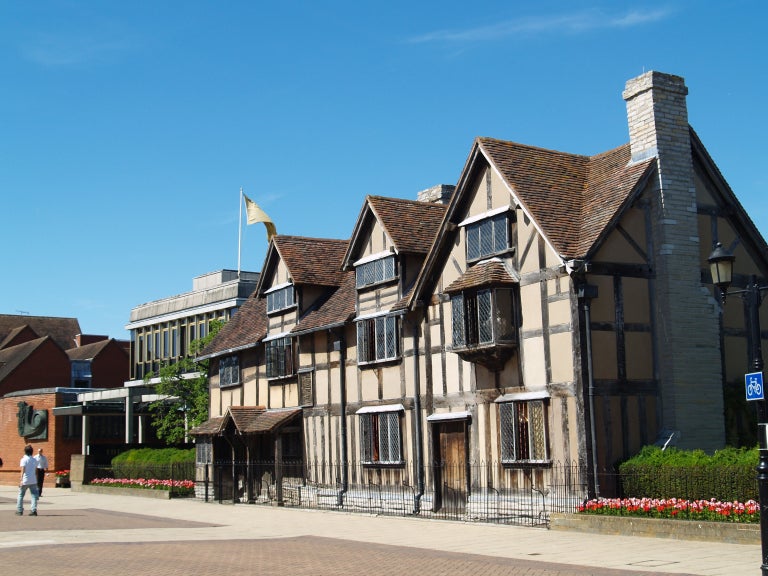 China has announced plans to recreate Shakespeare’s birthplace of Stratford-upon-Avon along with replicas of the playwright’s homes, as part of an ambitious new international cultural center that will pay homage to three literary greats.

Set to open in Fuzhou in southeastern China, the project will be overseen by The Shakespeare Birthplace Trust in England which will ensure that the replica buildings are faithful representations of the originals.

Shakespeare will be one of three literary figures given place of honor at San Weng, which means “three masters,” along with Cervantes and Tang Xianzu, a local literary hero regarded as the Shakespeare of the East.

The artificial town will be modeled after Stratford-upon-Avon where the playwright was born, and replicate two of the writer’s famous homes, including New Place, where he lived for 19 years until his death in 1616.

While the house was demolished in 1759, the San Weng project will recreate the building based on archeological findings and records held by the Shakespeare Birthplace Trust.

“Our mission as a charity is to promote the enjoyment and understanding of Shakespeare’s works, life and times worldwide,” said Philippa Rawlinson, deputy chief executive of the Shakespeare Birthplace Trust in a statement.

“While China is an important growth market for in-bound tourism to the five Shakespeare homes and gardens in Stratford-upon-Avon, this project will enable millions more people who might never have the opportunity to visit us in the U.K. the chance to explore our shared Shakespeare heritage in China.”

When it comes to recreating major landmarks and erecting life-sized replicas, China has the market cornered.

The Shakespearean town will join a lengthy list of copycat replicas when complete, including London’s Tower Bridge in Suzhou; London-inspired Thames Town near Shanghai; and a mini Paris in Tianducheng, complete with an Eiffel Tower copycat which is a third the size of the original.

In Macao, a replica of Rome’s Colosseum doubles as a shopping mall; and a retail park near Beijing called Florentia Village features winding canals, bridges and gondolas in the style of Venice. JB