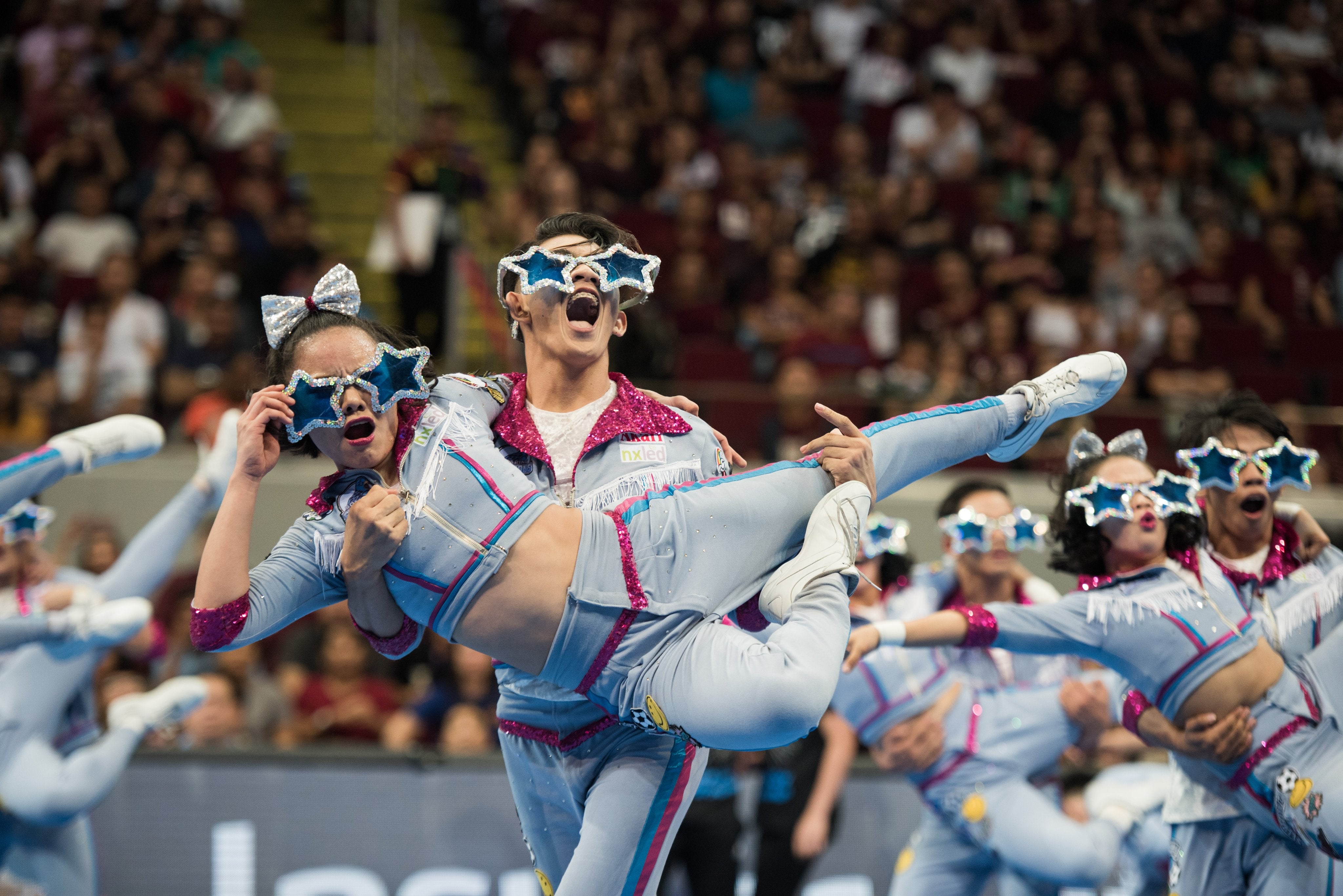 Dec. 2 was an opportunity for universities to root for the rah-rah group of their respective alma maters, the cheerleaders. Participating teams in the 2017 UAAP Cheerdance Competition (CDC) held at the Mall of Asia Arena went all out for their schools. More than the stunts, gymnastic passes, pyramids and dance that comprise a team’s total score, all eight cheering squads surpassed the UAAP judges and local cheerleading fans’ expectations with performances that yielded surprising results.

All eyes were on the National University Pep Squad as it vied for a fifth consecutive crown, as well as the University of the Philippines Pep Squad, a CDC crowd favorite that was making a comeback after sitting it out last season. Flawless execution

In the end, it was the Adamson University Pep Squad which stole the show—capturing the crown with flawless execution of lifts, flips and somersaults to 1970s disco hits by VST & Co. Placing third in last year’s CDC, the mixed-member Adamson team knew it was capable of more, and proved it in a performance that got the crowd in a tizzy. Claiming second place was the University of Santo Tomas’(UST) bemedaled Salinggawi Dance Troupe. Under the leadership of new coach Mark Anthony Chaiwalla, the troupe
wowed audiences with a lively routine that ended with dancers lying on the mat to form the words “Go USTe.”

The University of the East Pep Squad also got the audience revved up when its cheerdancers lay in formation to spell “Rise” and “East.” The team executed stunning high tosses and complex formations. Later, cheerdancers sported white capes like wings in a phoenix-inspired routine that helped the team bag third place.

Passion and creativity were evident in the teams’ routines. This eagerness to perform was infectious—while scores were being tallied, the crowd in the lower box section staged an impromptu catwalk, leading to cheers from those around them. —CONTRIBUTED