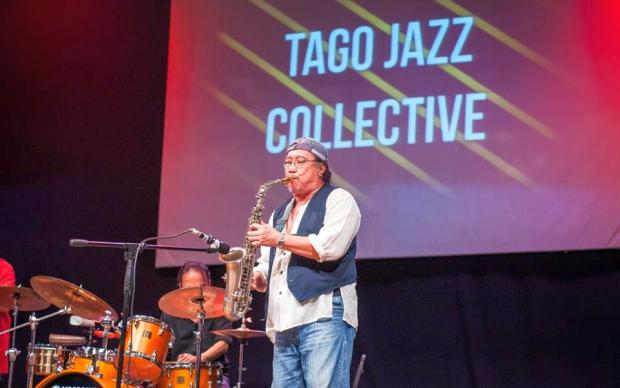 Pete Canzon in a recent performance with the Tago Jazz Collective

Both musicians, along with Army radio technician Dex Orata, suffered from smoke inhalation and were brought to the camp infirmary. But Canzon, an asthmatic, had to be rushed to St. Luke’s Medical Center in Quezon City after having difficulty seeing and breathing.

Canzon is currently confined in the ICU of St. Luke’s.

Gonzales has issued an appeal to fellow musicians, as well as friends, for donations to pay for Canzon’s hospital bills. “The daily rate of the ICU room is at least P70,000 and Pete needs to be there for at least two days for strict observation,” said Gonzales on the Facebook page of his bar in Quezon City, Tago Jazz Cafe.

“The whole week at Tago will be dedicated to raise funds for Pete, so please help him if you can. Funds will be collected at Tago,” Gonzales added. /atm