How do you mold child actors? Take it from ‘Matilda’ | Lifestyle.INQ ❮ ❯ 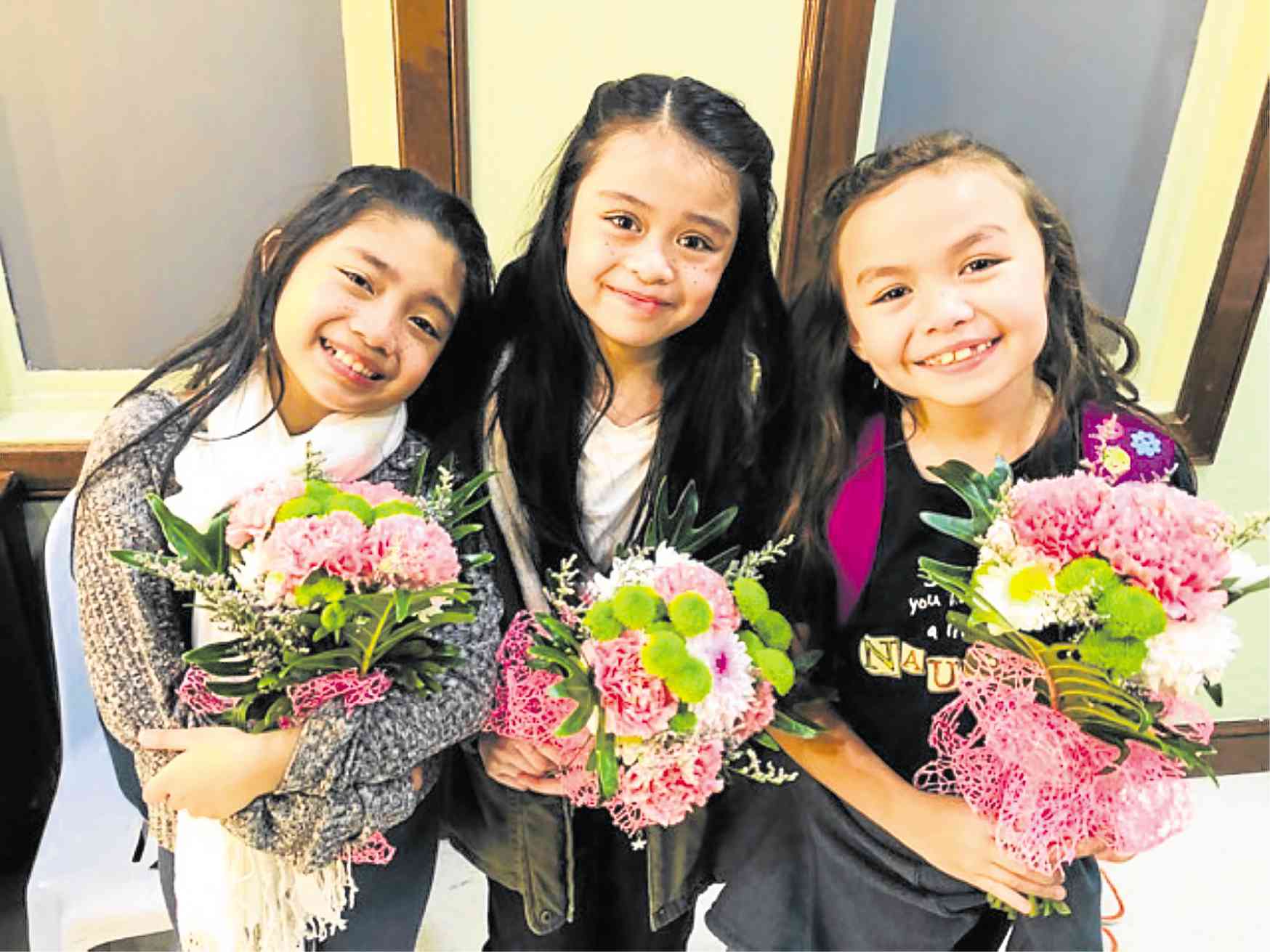 How do you mold child actors? Take it from ‘Matilda’

It’s one thing to direct children in theater, and another to make them flourish and bloom in a field that can be cruel and exacting even to the best talents.

The play is based on Roald Dahl’s novel about Matilda Wormwood, an unwanted young girl more interested in books than television who later discovers she has telekinesis. She uses her powers to seek justice for her friends and herself.

The local production of “Matilda,” whose story has more child characters than adults, has caught the attention of theater lovers because of the unforgettable performances of three child actors—Felicity Kyle Napuli, Uma Martin and Telesa “Esang” de Torres who take turns playing the lead role.

“In addition to the raw talent, we were also looking for unique personalities and those that had an easy time working with each other,” he said. “For example, our three Matildas have extremely different personalities so they each bring something unique to the role while still telling the same story.”

Napuli and Martin have had theater experience after being cast in “A Little Princess.” De Torres was plucked from the talent show “The Voice Kids.”

“One of the things I have always believed when working with child actors is to treat them as adults and expect the same (level of work) from them that we would expect from our adult cast,” Garcia noted in an e-mail interview.

The young actors’ “limited life experience” would mean there were instances when situations in the story would be “explained differently or given metaphors.”

“But we made a firm choice not to simplify any of our storytelling, staging and choreographic ideas for children,” the director added.

Patience works with both children and adults. In the case of school kids, time management is crucial.

“Their school schedules become a rehearsal and management struggle,” said Garcia. “We have them for rehearsals only for the most part of the late afternoon and early evening, just four hours.”

This meant a longer rehearsal process and two sets of children making up the cast. “We wanted to make sure each one had sufficient rehearsal time so that they could perform confidently,” he explained.

At some point, Garcia would have to assume a more parental and nurturing side to do this.

Making sure of this means “the kids can transition between rehearsals, school and home life as seamlessly as possible. At the same time, you want them to know they have tremendous talent and they need to hone it with every production they do,” the director added.

But more than striving for cheers and accolades, Garcia said he makes sure child actors and their parents understand the importance of becoming good individuals.

“I have always told the kids and their parents in every show we do that involves children that being good actors is great but being good people is much better,” said Garcia.

“I think this is perhaps the most important lesson to impart to any kid who works on our shows.”