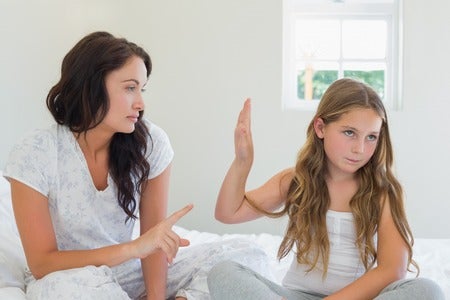 Stubbornness is oftentimes the cause of conflict among work peers, but the trait could actually help individuals prolong their lives.

According to a joint study by researchers from University of Rome La Sapienza in Italy and University of California San Diego School, those who possess qualities of positivity and stubbornness and who have a conscientious work ethic lived far longer than their counterparts.

Studying the mental and physical health levels of Italians subjects between the ages of 90 and 101, the group discovered that the elderly participants all carried the same traits and even attributed their longevity to their headstrong personalities.

“There have been a number of studies on very old adults, but they have mostly focused on genetics rather than their mental health or personalities,” Dilip V. Jeste, lead author of the study and professor of psychiatry and neurosciences at UC San Diego,was quoted as saying in a report from The Independent.

After subjecting 29 participants who lived in remote villages in southern Italy to a series of tests and interviews, the group listed their younger relatives to confirm the personalities and lifestyles of the senior citizens.

Most claimed that being strong-willed had psychological benefits, particularly since the subjects tended to care less about how other people perceived them.

“The main themes that emerged from our study, and appear to be the unique features associated with better mental health of this rural population, were positivity, work ethic, stubbornness and a strong bond with family, religion and land,” Jeste added, claiming that those who had passion for rural life also lived considerably longer.

Jeste’s group, meanwhile, hopes to follow up on their findings with more longitudinal studies and apply their methods on a much larger scale.

The study, “Researchers Find Common Psychological Traits in Group of Italians Aged 90 to 101,” was published in the journal International Psychogeriatrics.  Khristian Ibarrola /ra