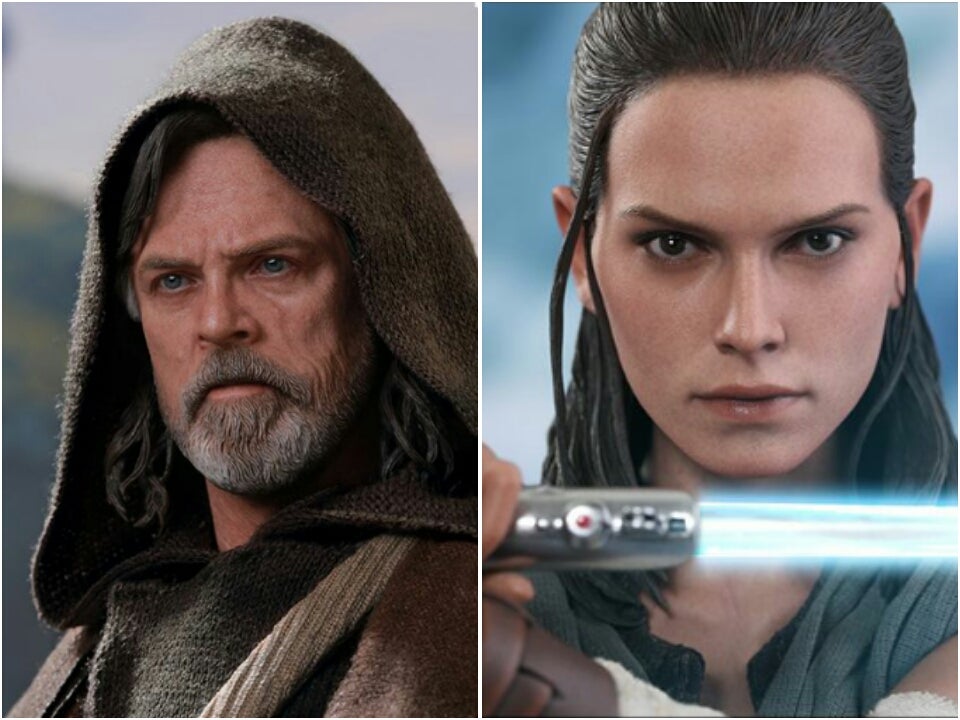 LOOK: Hot Toys’ ‘The Last Jedi’ Luke, Rey are strong with the Force

Collectible toy maker Hot Toys has revealed its 12-inch Luke and Rey articulated figures in time for the world premiere of “Star Wars: The Last Jedi”.

As with previous offerings, both toys were made with good attention to detail. It may appear, though, that the Luke toy bears more resemblance to Mark Hamill than Rey does with Daisy Ridley.

The two figures each have their own gimmicks. Luke comes with his full hermit outfit and camping backpack which could be slung behind the figure. He also has his Yoda-like cane and a lightsaber.

Rey comes with a simpler set of accessories. She has her trusty old staff from “The Force Awakens”, the blaster she received from Han Solo and Luke’s lightsaber.

Both figures come packed with cute little porgs, the latest creature of interest from the Star Wars universe.

Rey will be released sometime in the middle of 2018, while Luke will hit store shelves later next year as well.