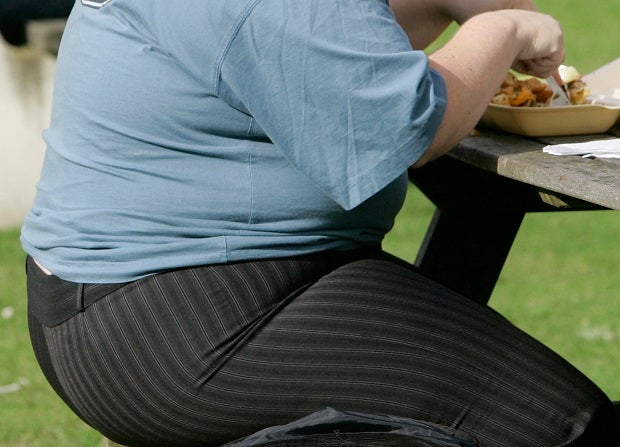 With obesity on the rise, Paris reflects on mirrored ‘fatphobia’

PARIS — France gave the world butter croissants and foie gras, yet it has often been a place where being overweight was seen as almost sinful.

Now, after taking a hard look at the contradictions in the mirror, its capital has launched a campaign to counter sizeism, an often disregarded kind of discrimination in the image-conscious city known for luxury fashion brands and tiny waists.

“We see fat people as ugly and even stupid, lacking hygiene and in bad health,” Bidard said.

As part of its annual week devoted to raising awareness about discrimination, Paris on Friday unveiled its “Fatphobia, stop! Taking action together” campaign with a plus-size fashion show and panels featuring bloggers from the “body positive” movement. Fifty thousand leaflets with legal advice and helpline numbers are set to be distributed at sports centers, night clubs, swimming pools and bistros.

The effort, which is aimed at countering both casual and institutionalized discrimination, comes amid rising obesity rates in France. The National Institute of Health and Medical Research reported that nearly 16 percent of the adult population was obese last year, compared to 6 percent in 1980. But thinness ideals persist.

Marx said that while a 2011 French law prohibits job discrimination based on physical appearance, employers often get around it by prioritizing job applications that contain candidates’ photos.

Calling it “discrimination,” she cited research that concluded that fat people are 15 times less likely to be called back for interviews if they include their photos.

Doctors also can deny in vitro fertilization to women who are deemed overweight.

To challenge the images of small-sized beauty propagated by fashion houses such Paris-based Chanel, Louis Vuitton and Dior, organizers of Friday’s event put on a big-is-beautiful runway show with plus-size clothes specially made by designers such as Ewa Minge.

“In France, it’s very difficult (to buy clothes.) I only shop on the internet” or shops in London, Marx said.

French luxury giants recently woke up to the potential dangers of encouraging excessive thinness. Since Oct 1, French fashion conglomerates LVMH and Kering stopped hiring excessively thin models and now require models to provide medical certificates to prove they are healthy before they can work. The companies said they hoped to set a new global standard for the fashion industry.

The move garnered praise at Paris Fashion Week, including during the show for the collection by Stella McCartney, whose house is owned by Kering.

“The community in fashion needs to look after these young women … whether that be their emotional health, their mental health or their physical health,” McCartney told The Associated Press.

The French law initially included a minimum body mass index requirement, but it was removed after lawmakers deemed the doctor’s certificate an adequate safeguard.

Though discrimination against fat people is a real documented problem in France— a book about growing up fat in France entitled “You’re Not Born Fat” became an unexpected sensation — some remain skeptical.

“There is no problem of sizeism in Paris,” image consultant Emery Dolige said. “Does eating well make you fat? No. On the contrary. Our American friends often demonstrate that.”