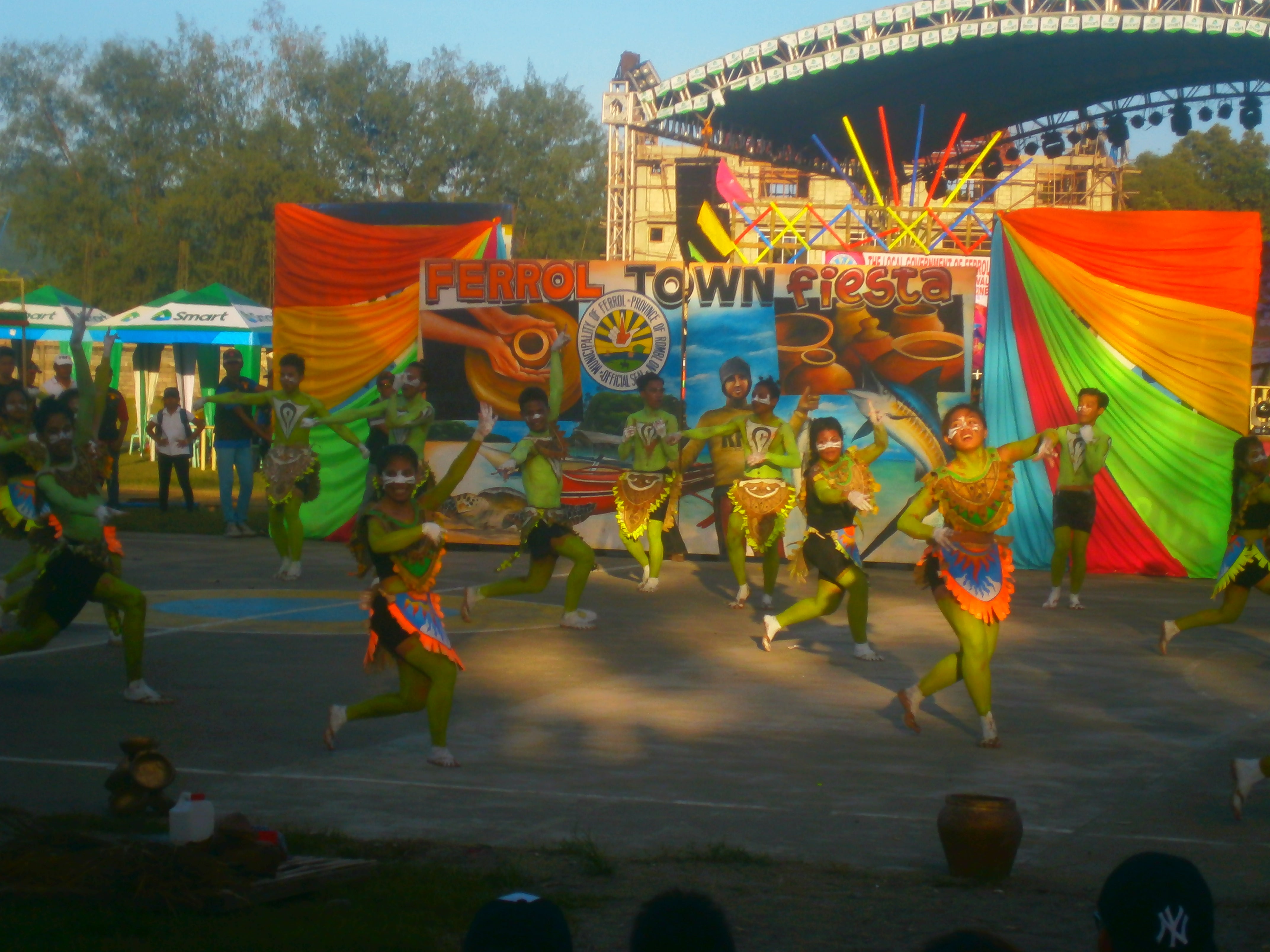 Scene from a lively town fiesta

The Mimaropa (Mindoro, Marinduque, Romblon and Palawan) Festival, recently held in the coastal town of Odiangan, Romblon, a province with many islands and areas with strong potential for tourism, was, so to speak, into many disciplines apart from the usual.

The major come-ons, however, remained the festival parade of contingents and street dancing competition.

The event was organized by the regional Department of Tourism and Regional Development Council, of which the National Commission for Culture and the Arts (NCCA) is a partner agency; it was covered by national media at the invitation of the NCCA, which is headed by National Artist for Literature Virgilio Almario.

Excerpts from the festivals held in the various islands, towns and cities of the four provinces were showcased in the parade and competition.

There was a profusion of earth colors, the brown of tree trunks and the green of grass complemented by reds, blacks and yellows. The all-male contingent from Looc Bay, simulat- ing fishermen, waved oars.

There were images of coconut-palm trees with a real palm tree brought in, the trunk painted over (not environmentally recommended).

There was the festive custom of hitting the palayok (claypot). Kids scrambled for the goodies when a boy performer scored a bulls eye.

Attention-calling was a scenario from the Talabukan Festival, Looc Bay, with pirates clashing with unarmed fisher- men until—ta-da—a local hero, Talabukan, appeared and vanquished the pirates.

The next Mimaropa Festival will be held in Occidental Mindoro in 2018.