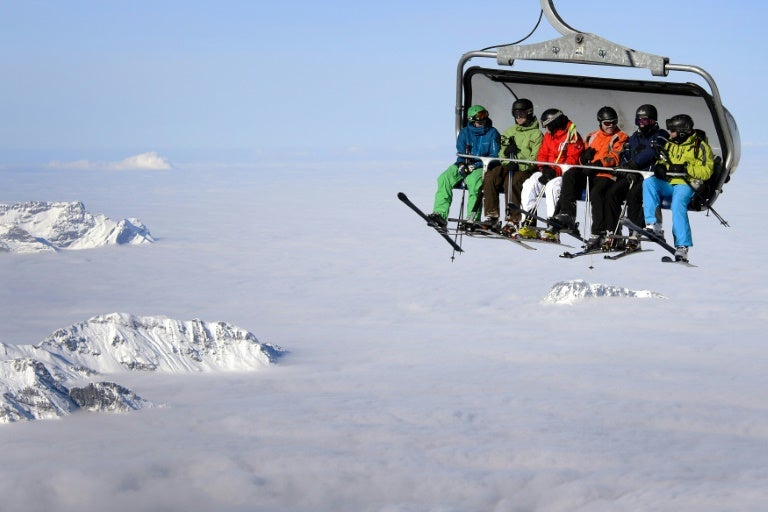 To overcome their reputation as high-cost destinations and woo back an ever-dwindling number of skiers, Swiss Alpine resorts have this year launched “low-cost” season passes that have already begun working their magic.

Swiss ski resorts, long renowned for their high quality and even higher prices, have in recent years been hard-hit by global economic woes that have spurred many winter sports enthusiasts to seek out cheaper slopes abroad or snub them altogether.

“For the past 40 years, we have kept the same rates and were happy to wait. But we cannot wait any longer,” said Pierre Besson, in charge of the mechanical lifts at the Villars-Gryon-Diablerets station near Lausanne.

During the 2016-17 season, Swiss ski stations sold 21.2 million day passes—the lowest number in more than a quarter of a century, according to the lift operators.

Spurred on by the low turnout, Besson masterminded the new “Magic Pass”—a low-cost pass giving access to 25 of Switzerland’s Alpine stations for the entire season.

The “Magic”, as it is called, aims to draw the Swiss back to the slopes by slashing the cost enthusiastic skiers would usually dish out during a season in half or even more, insiders say.

While individual stations have offered their own season passes, this is the first low-cost pass that offers skiers the chance to sample the slopes at so many stations.

This has allowed the ski stations to pocket nearly half of their anticipated annual sales before the season even kicks off, Besson, who runs the cooperative of stations involved in the project, told AFP.

Other initiatives, like the Top 4 Ski Pass, which includes high-end resorts like Gstaad and Wengen, or the Wintercard sold by the Saas Fee station, also aim to dramatically cut the price skiers pay for access to lifts.

“There is a small revolution underway when it comes to subscriptions,” said Veronique Kanel, spokeswoman of Switzerland Tourism.

The new passes prompted Swiss daily Le Temps to dub the 2017-18 season “the first winter of low-cost skiing” in Switzerland.

The wealthy Alpine nation, credited with inventing winter sports in the 19th century, has been facing dwindling interest in its slopes for more than a decade.

“Over the past dozen years, the Swiss market has seen visits to its stations drop 25 percent,” said Laurent Vanat, the author of an annual report on the global ski market.

Several factors have played a role.

“The most important is the aging population and the fact that people ski less than before,” said Vanat.

“Not only is the pool of skiers not being renewed, but the existing skiers are coming less frequently,” he added.

The strengthening of the Swiss franc in recent years has made the already pricey resorts in the country even more expensive for skiers coming from abroad.

“Just a decade ago, all the Alpine stations cost the same. Without raising their prices, the Swiss stations suddenly became 15 to 20 percent more expensive,” Vanat said.

But the franc has recently lost some of its vigor, and with the Magic Pass and the other season passes on offer, the Swiss stations hope to shift the balance.

“We are making waves,” Besson said, adding that the season had already gotten off to a promising start.

Massive amounts of early snow on the slopes, after last year’s poor showing, has also made a difference.

“The station activity is already very profitable. The high-altitude restaurants, sports stores, hotels; all the actors in this sector have big smiles on their faces,” Besson said.

Consumers are happy too, he said.

“People have rediscovered the pleasure of being in the mountains because they don’t feel like they have paid too much.”

But Besson said he wanted to wait until the end of the winter to declare total victory.

“This is a test season,” he acknowledged.

Kanel of Switzerland Tourism also said that “an excellent winter season… would be a very positive signal” about the profitability of the new pass system.

But she stressed that the biggest question is whether this model will help finance the heavy investments required for the upkeep of the stations and the lifts.

Vanat too hinted that the new pass system may not be enough on its own.

He said the Swiss stations needed to make great strides in other areas too, and should especially look at improving the quality-to-price ratio in accommodations if they want to draw more skiers over the long term.

“We are currently at a completely experimental stage,” he said. NVG