LOOK: 10 cool things you can do in Seoul during winter | Inquirer Lifestyle 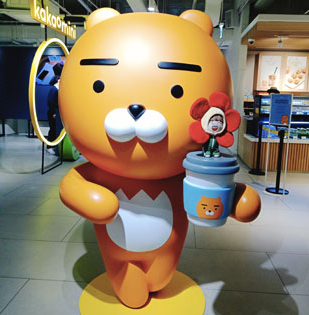 LOOK: 10 cool things you can do in Seoul during winter

Aside from getting married to your bias, every fangirl’s dream is to be able to visit the country where it all started — South Korea. Honestly, whether you’re a hallyu fan or not, South Korea is a beautiful country and should be included in your travel bucket list.

And if it’s your first time in Seoul, here’s a quick list of what you can do and where you can go!

1. Go to Namsan Tower
Standing at 236 meters, the trip to the top of Namsan Tower in itself is already a treat. You can take the scenic route and ride the cable car to the top or take the shuttle bus up the hill to Namsan Tower. This is also where you can find the famous “Love Locks” where couples put padlocks on the fence as a symbol of their love. Go on, put your name and your bias together on a lock. I know I did.

2. Go shopping and eat street food in Myeongdong
In the morning, Myeongdong is your regular shopping district. In the evening, however, Myeongdong transforms into a beautiful night market; the streets are filled with carts of different kinds of street food and other goodies, like bags or souvenirs.

3. Catch a street performance while strolling in Hongdae
Although Myeongdong takes pride in being the most well-known shopping district, Hongdae district is not one to take lightly. While its streets are also filled with good finds, Hongdae district is home to street performers, from various groups belting different famous K-pop songs to being serenaded by a vocal duo. Hongdae has its own musical millennial charm.

4. Visit Kakao Friends store in Hongdae
If you’re a hallyu fan, you’re probably familiar with KakaoTalk, and if you’re not, at least I’m more than positive you’ve seen the cute bear-looking yellow character plastered everywhere in Seoul. Its name is Ryan, and I hate to break it to you, he isn’t a bear; he’s actually a lion who doesn’t have a mane. He’s the leader of a group of friends and you can discover them in their official Kakao Friends store.

5. Visit Nami Island
No trip to South Korea is complete without the majestic tree line of Nami Island. You can get to Nami Island by riding a train from Yongsan station to Gapyeong station, then taking the ferry to Nami Island.

7. Eat chicken…
Chicken in South Korea comes in different flavors like Snow Chicken (cheese), Yangynum Chicken, and many other kinds, which sets it apart from our usual chicken, which almost always comes in its regular form: fried. There’s something different about Korean chicken and the only way you can understand it is if you try it yourself. We got this good deal for only 16,000 won! An order comes in bulk, like shown in this shot, and we even had leftovers to take out.

8. …or have chicken delivered instead
If you’re really tired from all the walking around Seoul, you can have chicken delivered to your room and basically anywhere in Seoul. A half cheese and half yangnyum chicken set costs about 18,000 won or 900 pesos and it comes in a cute pizza box-like packaging, with drinks, sides, and sometimes ice cream too.

9. Take a DMZ tour and drop by Dorasan Station
When you book a DMZ tour, you get a view of the painful history between North and South Korea, and in that tour, you’ll be taken to Dorasan station. This is supposedly where the North and South will meet once the two Koreas become unified. There’s something poetic and sad about the abandoned yet maintained train station, waiting to be functional again.

10. Visit K-Star road in Gangnam
Aside from seeing the Gangnam bear statues of your favorite K-pop groups, Gangnam is paradise for K-pop fans, as this is where all the agencies can be found. The most famous waiting place to spot an idol is the cafe in front of JYP Entertainment’s building.

These ten things are just the tip of the iceberg! There are so many other things you can choose to do when in Seoul. You can visit various temples and wear a traditional hanbok, or go to MBC World and drown yourself in all things hallyu. Or maybe take a side trip to other provinces like Gwangju or Daegu. After the trip, I have discovered that one thing is certain: each trip to South Korea will make you want to come back again and again — and that is exactly what I’m going to do! JB

Eoljjang: The difference between American and Korean makeup styles

K-ristmas: A quick gift guide for your hallyu friend