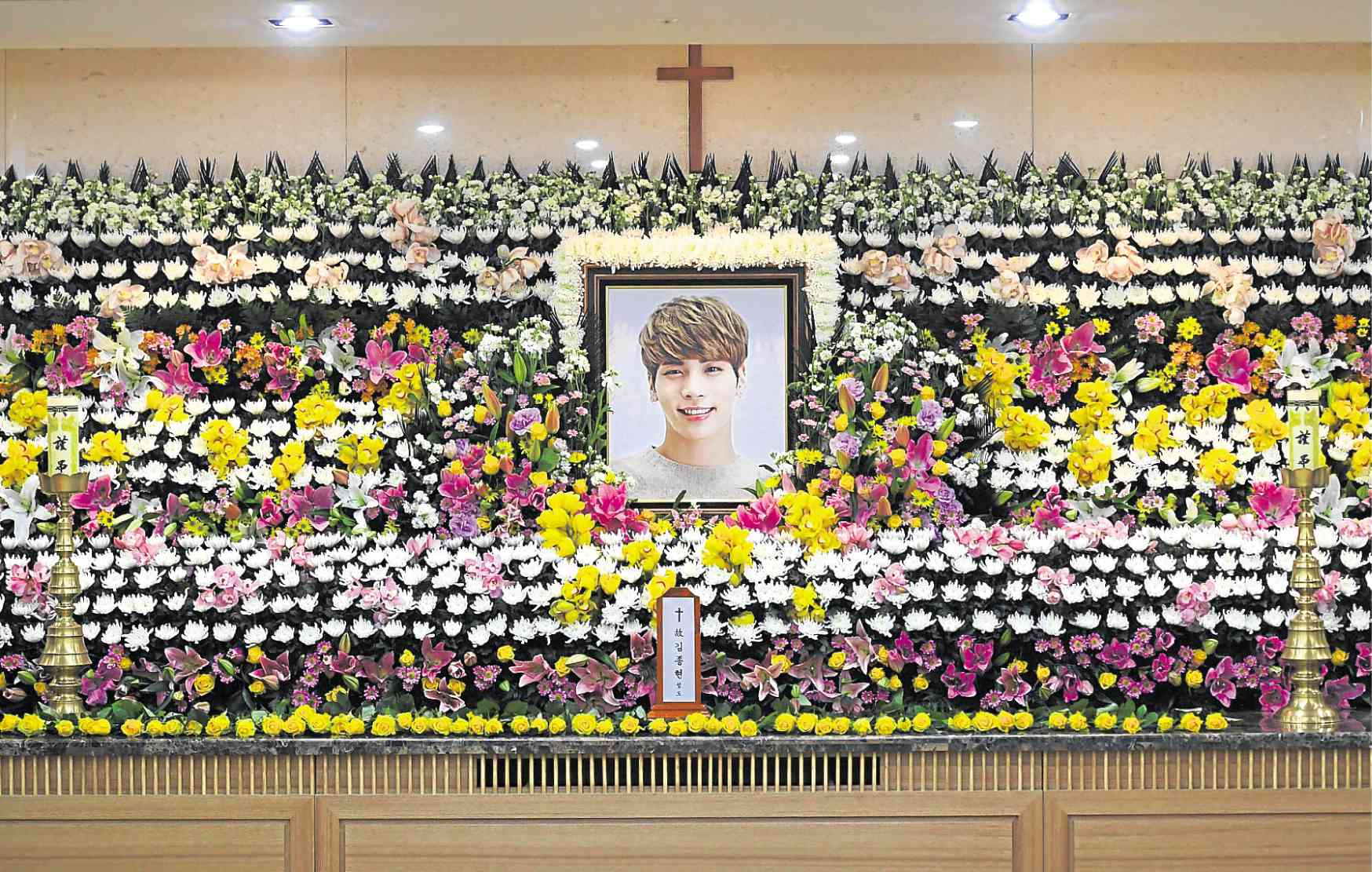 Super Remembers: 10 things you need to know about Jonghyun

He was Jonghyun the lead vocalist of SHINee. He was Bling Bling. He was one of the five shining stars we look up to. He was Jonghyun the poet, radio DJ, dancer, singer, songwriter and artist. He was Jjong the talented musician who died last Monday. He was loved.

Here are a few more things to help understand why fans from all over the world mourn his death.

He found inspiration from the unlikeliest places.

The song “Where are you?” from the album “Story Op. 2” narrates how enviable cockroaches are for having lovers and having someone to kiss.

The song is lighthearted. He also pokes fun at himself for being single. He had a skill in transforming a painful thought into something beautiful, or in this case, funny. He wrote songs about love, friendship, family, SHINee, his fans and the moon.

He loved his pet dog.

The black dachshund named Roo was a gift from Jonghyun’s sister. He sometimes hijacked the SM Entertainment (his management company) channel on YouTube to randomly air videos of his pooch.

He also loved to tease his fans by showering Roo with kisses. It made everyone wish they would be born as his pet dog.

“End of a Day” is a love song about the relief of having someone tell you that “you did good today, you worked hard.” Another line in the song talks about being tickled in the ears when he gets home. Guess who inspired him to write it? Yep, it’s his dog, Roo. He wished that everyone will have someone like her to comfort them.

He adored his sister.

He was very close to his mom and sister who is older than him by two years. On interviews, he would often talk about how his sister is the coolest and how cute she is. He would say that she treats him like a child. Fans would always think that Sodam would have a hard time finding a husband because of him.

He wore insoles to add a few inches to his height.

He was the shortest in the group at 5’9”. He would act offended when people tell him that he is short. However, he would laugh with the rest of the SHINee members whenever they call him “petite.”

He was online a lot.

He loved stalking his fans. His fingers would “slip” from time to time ending up liking a tweet or actually following a fan. Fans would send him messages saying that he accidentally followed them, he’d respond and say I’m sorry. He would beg high-definition photos of him from them.

He was a gifted musician.

SM Entertainment gave him the freedom to compose and write his own music. He had started to contribute to the group’s fourth single, “Juliette.”

He wrote songs for other SM artists, including one of his bandmates, Taemin, for whom he composed “Pretty Boy.” He wrote, composed and helped produce all his albums, from “Base” and “She Is” to “Story Op. 2.” He also won a couple of awards, including the Disc Bonsang, or Best Artist (Judges’ Choice), trophy for “Base” at the 2016 Golden Disc Awards. He was recognized in the MBC awards in 2015 for the category Excellence Award in radio for his radio show “Blue Night.”

He supported his bandmates.

One of the many reasons why SHINee was loved by their fans was their genuine respect and love for each other.

Jonghyun liked to tease fellow bandmates and they teased him back. On his solo concert two weeks ago, he imitated Taemin’s signature dance moves.

He was a mentor.

He took under his wing trainees and young SM Entertainment artists including f(x)’s Amber and Red Velvet’s Yeri. Vocally he coached EXO’s Chen, Baekhyun and Do Kyungsoo.

He was emotional and he was not afraid to show it.

Jonghyun cried a lot. In the SHINee World V tour in Bangkok he teared up when he saw the fan project and after he and Onew sang “Please Don’t Go.”

He cried so much that bandmate Choi Minho even brought a tissue for him on the last episode of his radio show “Blue Night.”

He did his bit to make the world a better place for everyone.

He used his social media platforms to show support for the LGBT community. He was supportive of feminism. He used his popularity to draw attention to political issues, war across the seas, and even government-mandated textbooks. He spoke of these things at the risk of being bullied by an uber-conservative society.

He participated in the ice bucket challenge, together with CNBLUE’s Lee Jonghyun. Proceeds for the sale of his first album were donated to SM and Unicef’s Smile for U campaign. The project has provided music education to children throughout Asia.

He spoke on the issue of mental health, discussing it during his stint as radio DJ in “Blue Night.” Jonghyun was insightful about depression and talked about how people should behave toward those afflicted with the mental condition.

Fans are now saying “sorry” to Jonghyun online for not noticing the signs that their beloved idol was among the afflicted.