My 24th of December, care of LJM | Lifestyle.INQ ❮ ❯ 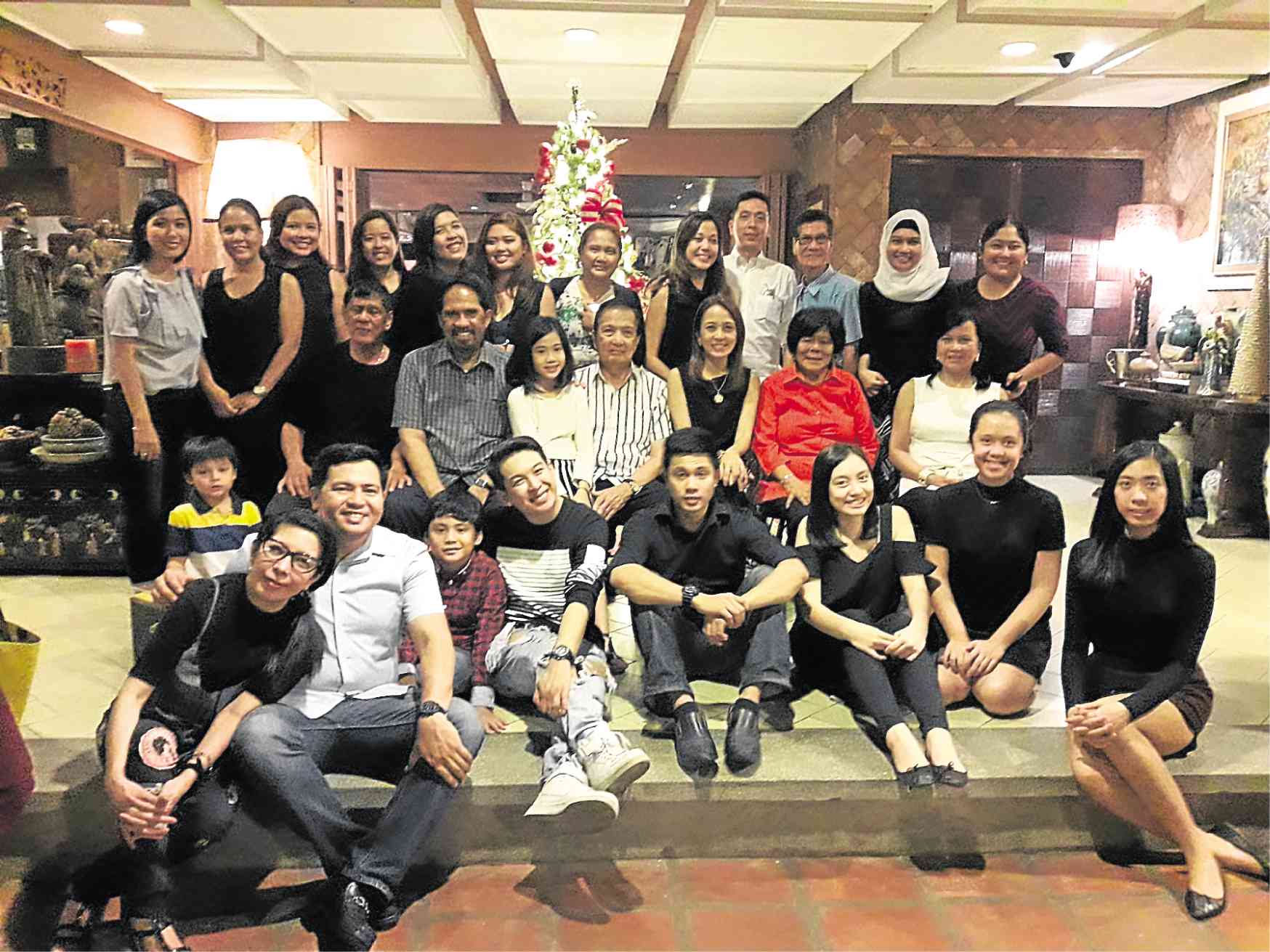 The author (second from right, back row) joins the family at last year’s Christmas gathering at the Magsanoc home; patriarch and LJM’s husband Dr. Carlitos Magsanoc sits at center, in striped shirt.

My 24th of December, care of LJM

While many Filipinos are busy preparing for tonight’s Noche Buena, I am also preparing for a dinner tradition that I started in December last year. It was, indeed, a time worth recalling, and it is something I look forward to.

If a person, as warm, admirable and influential as the late Philippine Daily Inquirer editor in chief Letty Jimenez-Magsanoc (LJM), invites you to dinner on Christmas Eve, how could you refuse?

Dec. 24, 2015 was a night that pierced the heart of Philippine journalism, when the Creator took Ma’am LJM. It was really painful and shocking to her family, friends and colleagues. I had waited at the Inquirer to be picked up, as she instructed me, but the car never came; I would only learn later that she had passed away.

She made a lot of things possible in her lifetime, and she will always remain dear to me, as she took care of me when I was an Inquirer scholar and now that I am an employee.

My family in Zamboanga City, especially my father Abe Lukman, who had been one of her sources, treated LJM and her father, the late Col. Nicanor Jimenez, as close family friends. Her care transcended her lifetime as, thankfully, I remain stable, learning and very happy with Inquirer. I did not feel alone.

Ma’am LJM’s invitation remains a blessing, as it was extended anew, with the willingness and love of her husband, Dr. Carlitos Magsanoc, and their children, Kara Magsanoc-Alikpala, Dr. Nikko Magsanoc and Dr. Marti Magsanoc. I still felt Ma’am LJM’s love with the invitation.

On Christmas Eve of 2016, my wait was finally over when I was picked up from the Inquirer after my work and brought to the family’s home. I learned how their Christmas tradition would go. After the dinner or games, each one would grab a gift from the mountain of presents under the Christmas tree and read the dedication written on the card. This really takes a lot of time; that’s why the party lasts until morning.

As a Muslim, the nearest that I got to Christmas was attending Christmas parties in school and in the office. I never had Christmas dinner with family, because the Islamic tradition does not require a Christmas season. But because I have always been enthusiastic about different cultures and I always want to learn new things, I would always want to spend time with Ma’am LJM’s family.

The moment we arrived at the cozy and beautiful home, I was welcomed by Mr. Dondi Alikpala (Ms Kara’s husband), Ms Kara, Dr. Carlitos and Dr. Nikko. Monica, Ariana, Mica and Maysa (Ma’am LJM’s grandchildren) were there.

Also around were Ma’am LJM’s siblings, Tita Annette (who looked a lot like Ma’am LJM) and Tito Butch/Roberto, the Carvajal family, Ms Dolly Anne Carvajal, IC Mendoza and his sister Bianch, and many other families. It was also heartwarming to be with the supportive housekeepers and their kids.

The happiness that I felt at that moment was a new kind, something that only a gathering of families and friends could give. Everyone was very warm, sensitive to my food restrictions and acquainted with my story and eulogy for Ma’am LJM in 2015. They told me how Ma’am LJM would walk around and talk or entertain different guests on Christmas Eve. We really felt Ma’am LJM’s presence.

I also learned for the first time that Ms Kara doesn’t eat pork, too. I learned that Ma’am LJM allowed each family member to go to their other (in-laws’) parties first before heading to her home for the final party—another reason the party lasted until morning.

Dr. Carlitos gave the opening message and, unexpectedly, mentioned in detail how Ma’am LJM had first invited me for Christmas dinner. A few days before Christmas Eve in 2015, she called the office and talked to Day Desk chief Michael Lim Ubac, Business Features editor Tina Dumlao and then secretary Teena Montevirgen. After that, she talked to me and invited me for dinner at her home on the 24th of December.

When the time came for exchanging gifts, everyone talked about how the gift matched the personality or future needs of the one receiving it. The kids huddled together, grabbed the gifts and started reading the dedication on the cards.

Again, I was surprised and touched that I received so many treats and gifts that I really liked. All the short and sweet dedications (including how I should help in keeping Ma’am LJM’s flame burning) really made my night. And I must think and plan how to cooperate (or maybe bring something new) to all of these games the next time I join the clan for Christmas dinner. Then
everyone gathered for a family photo op.

When I arrived home, and as I put down my gifts in my room, I was amazed at what had happened: the goal of Ma’am LJM’s invitation had still been achieved. I got closer to her family and I became happy. I thanked God for the wonderful experience. And I am looking forward to it again this year.