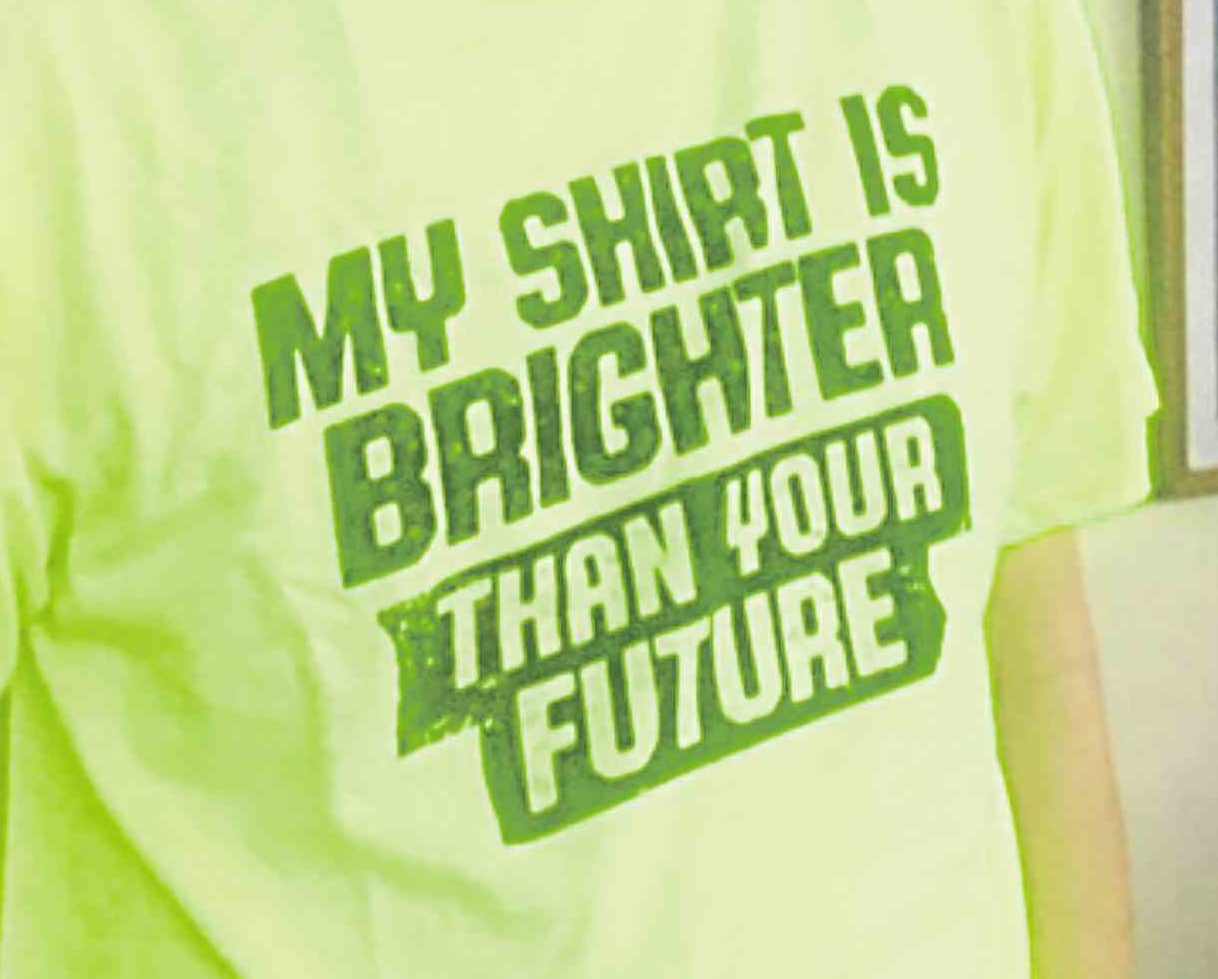 A hot shirt for Christmas

I just got a hot shirt in my Christmas post. It was sent from the United States by a brother who perfectly understands that at our age we can use all the tricks we can deploy to remain in respectable sporting contention, specifically at tennis.

Disadvantaged in the three critical S’s—strength, speed, and stamina—I’ve been building an alternative armory through my senior years. In it, three weapons serve me best. Two of these—the drop shot and the lob—are perfectly legitimate.

But that is not to say the third is not, although, because it is nonstandard and, in order to possess it, no physical or mental skills are required, it kind of hovers on the borderline of legitimacy and sportsmanship. It would be on the order of saving energy by feigning accidentally getting one’s sneaker laces untied and retying them ever so meticulously, slowly, only to get them untied again at the next desperate moment.

Anyway, it is my weapon of mass distraction, and I only use it against the Kim Jong-uns of tennis. It comprises an array of hot attires (actually “cool” from a younger perspective)—Christmassy greens and reds of such intense hues that from the other side of the net you could become disconcerted or even momentarily blinded by the light bouncing off them.

Well, the shirt I just got is the hottest yet. In fact, its hotness transcends the world of sports. Sight unseen, by just being told about it, it could make Rodrigo Duterte go blind with rage.

Not only is it yellow; no yellow screams louder!

I did have my own yellow associations. In fact, I worked for a year for the first yellow presidency—Cory Aquino’s—
but neither color nor politics had to do with it. I answered to her press secretary, Teddy Benigno, who, a father figure to me, came calling irresistibly for assistance in retooling the government’s media infrastructure. The job done, I returned to my life and living—newspapers.

When Cory’s son, Benigno Aquino III, became president, I began receiving regular invitations to Malacañang socials. I turned down every one of them simply because those things don’t appeal to me, and, to save both inviter and invitee the trouble, I had myself dropped from the guest list.

Toward Christmas in the year his term ended—just last year—my wife and I found ourselves guests of his at home, at a small dinner that went on and on. Guest of a now fellow private citizen, I didn’t feel compromised or awkward at all. In fact, I felt good, being hosted by a man who proved more than a decent president, a rarity in our corrupt culture: his performance was rated about the best all around since democracy was reinstalled in 1986.

Again, neither color nor politics had to do with how I felt
—it was the numbers. But I do like yellow—the color, that is; I think it suits me—and so does my wife, although, with her, you’ll never know whether political sentiments are not a nonfactor. In any case, I’m not about to let anything or anyone cramp my style.

To be sure, this shirt of mine screams not only its yellowness; it screams something else, something Duterte is bound to rage at even more bellicosely. Emblazoned across its chest is this:

MY SHIRT IS BRIGHTER THAN YOUR FUTURE.

That—just to serve notice—is not addressed to anyone in particular. But, as I’ve said, I won’t let anyone cramp my style. I’m wearing the shirt on Christmas Day. —CONTRIBUTED