A fairytale wedding, and a scandal between an estranged couple | Lifestyle.INQ ❮ ❯ 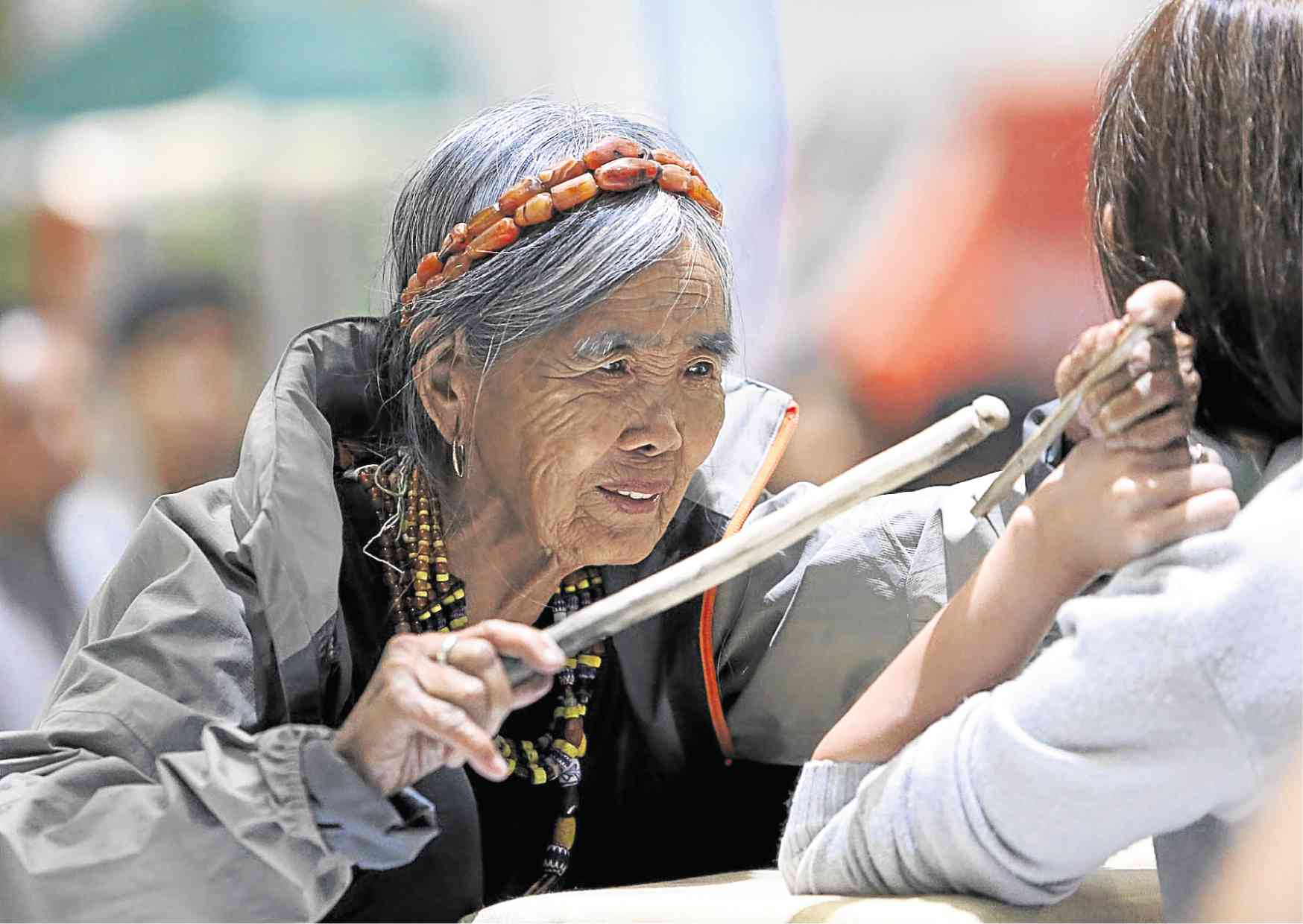 A fairytale wedding, and a scandal between an estranged couple

A centenarian tattoo artist, a fairytale wedding in Paris, a scandal between an election official and
his socialite wife, and a levitating statue were some of the events that kept Pinoys staying longer in coffee shops for more gossip.

Outrage ruled social media after Whang-Ud, the celebrated manhwatok or tattoo artist from Kalinga province, was photographed dozing off during a forum at the recent Manila FAME in Pasay City.

Sympathizers were quick to decry exploitation, given the centenarian’s advance age and the fact that many fans wanted their skin inked with her three trademark dots.

Whang-Ud’s family later said she was well-compensated for her appearance and that she herself welcomed the renewed interest in the cultural tradition of her province.

Manila’s “wedding of the year,” which reportedly cost P80 million, was held in Paris.

Dr. Vicki Belo and longtime boyfriend Dr. Hayden Kho Jr. put mainstream and online media on overdrive as fans lapped up details about her gown, the wedding that took place in the American Church, and the stellar list of guests from among her top clients and show-biz friends.

After keeping up with their turbulent romance for nearly a decade, friends, fans and family finally heaved a sigh of relief to see Vicki in her wedding gown, dancing in Hayden’s arms like a princess in a Disney movie.

Commission on Elections (Comelec) chair Andy Bautista woke up one morning to see his wife Patricia on television, presenting what appeared to be a set of bankbooks of his alleged deposits totaling hundreds of millions of pesos.

It’s to avoid being noticed by the Anti-Money Laundering Council, Patricia told a news anchor. Patricia was quick to add she had no knowledge of her spouse’s hidden assets.

Those wanting to curry favor with the current administration were quick to call for an investigation. But Andy’s supporters noted that Patricia may have a motive for telling the story. By pinning down her husband, she probably thought it would divert from her previous act of leaving the Comelec chair for a famous chef’s boyfriend, they said.

And why didn’t her so-called “third eye” foresee the flak she would receive afterwards, critics also asked.

Daughter Nedy reminisced on how her parents started with a shop in San Marcelino, Manila, that grew as the go-to place for luxurious retail therapy among the country’s elite.

But more than phenomenal growth around the country and trailblazing partnerships with foreign brands, the Rustan’s story shows how dedication, an eye for beauty and love among family members can make a simple dream grow impressively big.

Washington SyCip’s sudden demise while on a Vancouver-bound plane on his way to New York tore friends and family to pieces. The business legend fondly called Wash loomed large among captains of industry. Sycip, Gorres and Velayo was the audacious little auditing firm Wash put up that grew into a network of professionals including certified public accountants, legal professionals, economists and other financial wizards.

The nonagenarian would always be remembered for his cheeky humor, his preference for female friends, and a quirky fashion sense. Also a love for sweets that meant hell if denied.

It did not take long before the life-size metal sculpture of a long-haired woman in a supine position in front of the UP Theater in Diliman drew attention and, eventually, controversy. Ferdinand Cacnio was accused of plagiarism after art enthusiasts pointed out the eerie similarity his work had with “The Virgins of Apeldoorn” by Elisabet Stienstra, on display at a park in Holland.

Feminists chimed in, complaining about the nude woman’s “submissive” pose. Cacnio’s supporters, however, noted that the sculpture, called “Uplift,” is but a step in his continuing artistic journey.

Executives of the Manila City Hall relented after heritage conservationists raised hell over the plan to sell the Rizal Memorial Sports Complex (RMSC) to an industrialist who allegedly wants to demolish the Art Deco architectural gems inside the five-hectare property and convert the entire space into a “smart mall.”

Well-meaning legislators held a single congressional hearing. Plans were dropped and the RMSC is saved, until, conservationists fear, the next big offer of money for the property.

National Artist for Dance Alice Reyes returned quietly to Ballet Philippines as the company gears for its golden celebration in 2019.

Reyes immediately went into high gear, lining up retrospectives that trace the journey of a troupe of artists including ballet dancers, costume designers, composers and visual artists committed to show the world-class quality of Filipino terpsichorean talent.

Kevin Kwan loves the Philippines, and Palawan is now among his favorite haunts. Filipinos can relate to Mr. Kwan’s “Crazy Rich Asians” trilogy, perhaps due to similarities between Pinoy culture and those of the book’s characters. But then, Pinoys have always been curious about the lifestyles of the rich and famous.

That Hollywood has tapped Kris Aquino to play a cameo role in the movie adaptation of Kwan’s first novel only means renewed interest in his works.

Season 80 of the University Athletic Association of the Philippines saw Ateneo beat archrival La Salle in the men’s basketball finals. Sports fans note that things, however, took an unexpected sweet turn when the façade of St. La Salle Hall that faces Taft Avenue was bathed in blue lights shortly after Ateneo won Game 3 of the championship round.

Netizens also retweeted a touching photo of Blue Eagles coach Tab Baldwin consoling a heartbroken Aljun Melecio of the Green Archers with a fatherly hug right on the hardcourt.