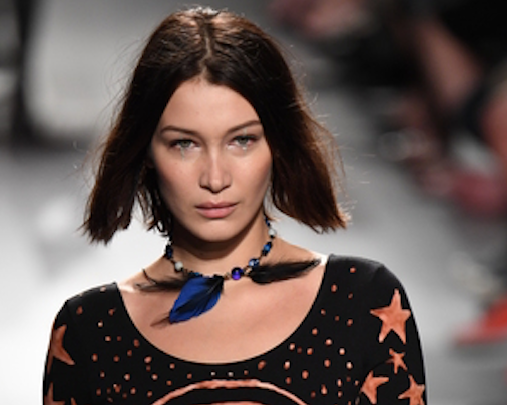 Named “Model of the Year” at the 2017 Fashion Awards earlier in December, Adwoa Aboah has also scooped “Model of the Year: Women” at the 2017 Models.com industry awards on Friday, December 22. Over 250 fashion industry experts — including designers, stylists, editors, photographers, make-up artists and casting directors — voted to crown the British model as the face that defined the year.

Each year, Models.com honors the male and female models who shone the brightest over the course of the year. From humanitarian activism to runway shows, advertising campaigns and social media presence, models’ efforts are recognized with awards in various categories, with winners picked by both industry experts and the public.

British model, activist and feminist Adwoa Aboah has been in the spotlight throughout 2017, whether with runway shows, ad campaigns or projects to empower women. With her 2017 career highlights including a Vogue cover, a Marc Jacobs Beauty campaign, the Pirelli calendar and a slew of shows, it’s no surprise to see the supermodel named “Model of the Year: Women” for 2017 by fashion industry judges.

Bella Hadid was named this year’s “Model of the Year: Women” by the public, or more precisely, by readers of the specialist website. The American model, who won the experts’ vote last year, was a ubiquitous face in 2017, and enjoyed exceptional popularity on social media (with 16.3 million followers on Instagram alone).

Male models of the year: Paul Hameline and Cameron Dallas

Although generally less well-known outside of the industry, male models are equally in demand among fashion houses and designers each year. French model Paul Hameline stood out in 2017, winning the industry’s vote, while American model Cameron Dallas took readers’ choice. Both are named “Model of the Year: Men” for 2017.

Where to party (or marry!) in modern Filipino-Hispanic elegance