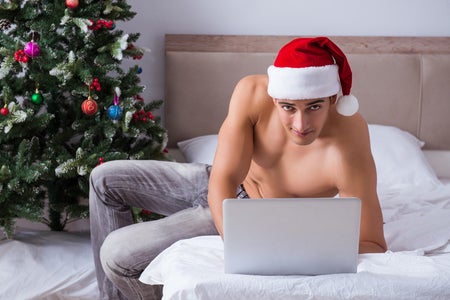 Are you and your significant other one of those couples who heat things up in the bedroom during the cold December nights? Well, you might be one of the reasons why September has the highest peak in human birth rates.

According to a new study conducted by scientists from Indiana University and the Instituto Gulbenkian de Ciência in Portugal, published on Scientific Reports, the post-holiday baby boom has its roots from society itself, and not from seasonal changes that affect biology, as previous studies found.

The scientists studied the “collective unconscious” through Twitter posts and Google searches, serving as evidence of the desires of people. The data they gathered were from 130 countries, and covered people’s typing of sex-related terms from 2004 to 2014, and a random 10 percent sample of public tweets posted from 2010 to 2014.

“The rise of the web and social media provides the unprecedented power to analyze changes in people’s collective mood and behavior on a massive scale,” Indiana University School of Informatics, Computing and Engineering professor Luis M. Rocha said.

More importantly, the study showed that the interest in sex was usually in its highest during major holiday or religious celebrations; that’s Christmas for the Christian-dominated countries and Eid’l Fitr or the end of Ramadan for countries with a Muslim majority.

The data from the study were collected from the Northern and Southern hemisphere. Researchers considered the case of Eid’l Fitr as significant since it is not celebrated on the same date as Christmas.

However, the researchers concluded that the spike in interest on sex during these holidays was based on a cultural trend, and it had nothing to do with the daylight, temperature or food availability in a certain area where people lived.

“We didn’t see a reversal in birth rate or online interest in sex trends between the Northern and Southern hemispheres — and it didn’t seem to matter how far people lived from the equator,” Rocha said.

“Perhaps people feel a greater motivation to grow their families during holidays when the emphasis is on love and gift-giving to children,” he observed. “The Christmas season is also associated with stories about the baby Jesus and holy family, which may put people in a loving, happy, ‘family mood.'” JB

15 Things that prove Christmas is “more fun in the Philippines”