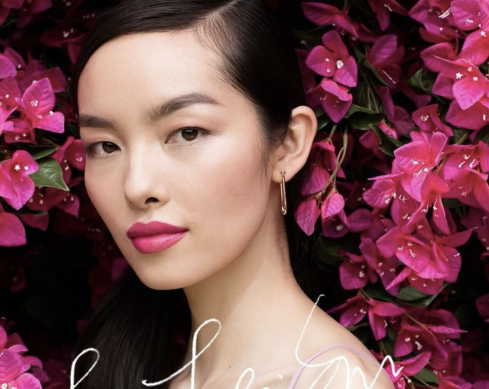 Introducing the beauty stars of 2018

There are still a few days to go before 2018 officially begins, but some of the world’s biggest models have already got a head start on the year, thanks to major cosmetics deals.

Here are three beauty stars you might be seeing a lot more of over the next few months.

Fei Fei Sun
Chinese model Fei Fei Sun was unveiled as the latest Estée Lauder global spokesmodel back in November, confirming her status as one of the most in-demand models in the industry. She marked her new position by sharing the secrets of her morning beauty routine and a quick makeup tutorial with fans via Estée Lauder’s social media channels, and has since re-appeared on its Instagram account, modeling its new “Lips to Envy” paint-on liquid lipstick earlier this month. We can’t wait to see what she will get up to in the new year.

Adwoa Aboah
Adwoa Aboah became one of the most important models in the business this year, when she was selected to front Edward Enninful’s debut British Vogue cover for the magazine’s December issue as well as bagging the Model of the Year award at the this month’s Fashion Awards, and she doesn’t look set to slow down in 2018. The model and activist was announced as the newest face of Marc Jacobs Beauty last month, and the brand’s Spring 2018 campaign is her first big job in the role. “Marc gave me my first fashion show in New York City,” she said at the time of the announcement. “It was a dream come true and from that point on, he has been one of my biggest supporters.”

Cara Delevingne
Supermodel-turned-actress Cara Delevingne is hardly a breakout star, having dominated both Hollywood and the fashion industry, but she is set to make waves in the beauty industry next year as the face of Dior’s new anti-aging skincare line “Capture”. The line, which is designed for women in their 30s, will launch in January. The star has plenty of experience in fronting major beauty campaigns, having cinched the role of Rimmel brand ambassador back in April 2016. JB