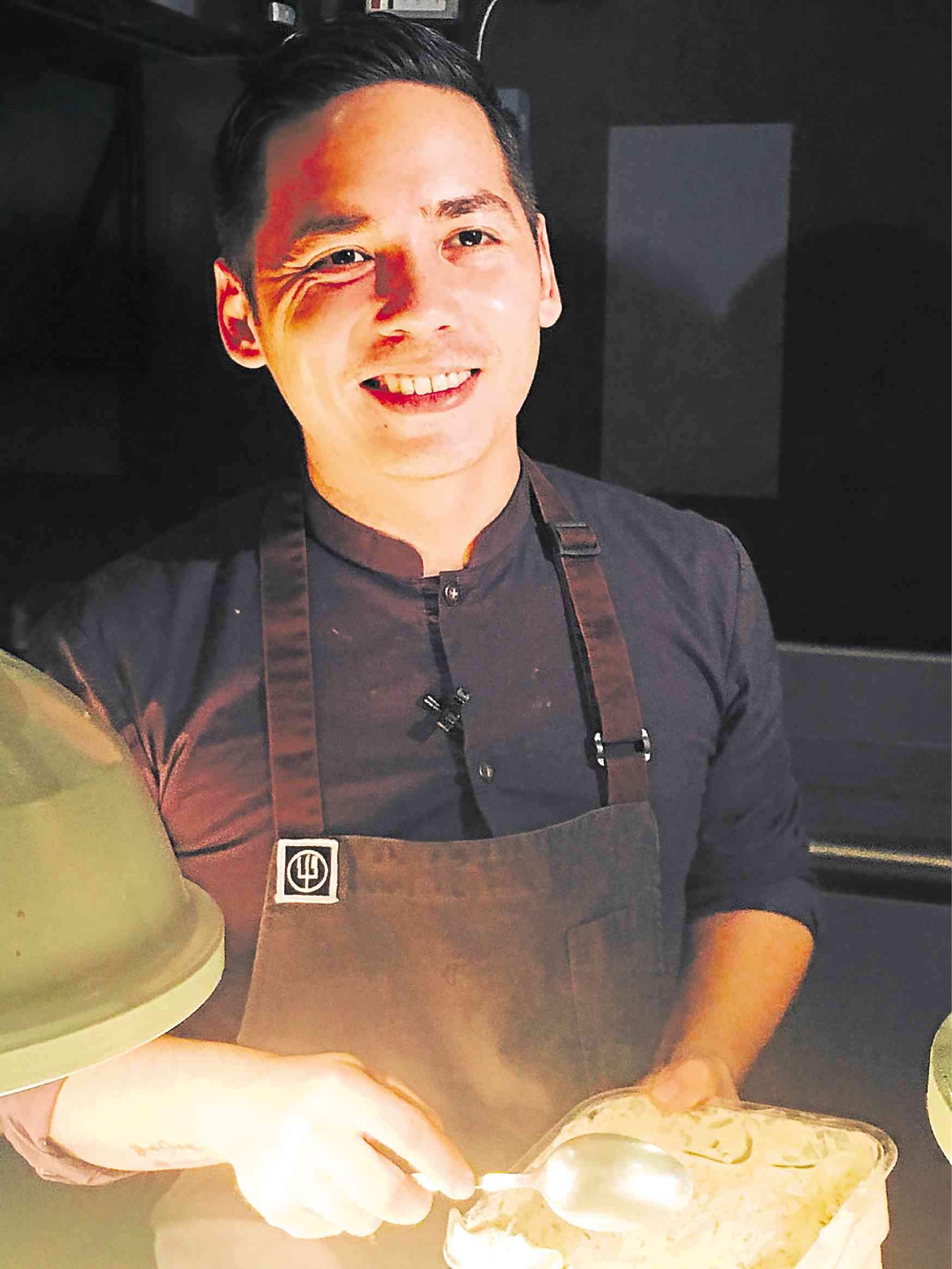 Chefs who made 2017 an exciting year for Philippine gastronomy

Filipino chefs have been making big waves in the culinary arena. In the local scene, there are a good number—both well-known and budding ones—who have made significant contributions and impact this year that made our dining experience extra-exciting.

Inquirer Lifestyle cites some of them.

His much-talked about private dining restaurant, The Test Kitchen, is solid proof of his exceptional skill in creating ingenious dishes in multicourse meals. It is here where he unleashes his creative culinary energy that has enhanced his place in the food scene.

He plays around with fresh ingredients and garnishes them with interesting elements, such as edible flowers, popcorn, tapioca pearls, etc.

Boutwood, who is also corporate chef of The Bistro Group, is multi-awarded, having won in culinary competitions here and abroad. He is the first-ever brand ambassador of Great Food Solutions (GFS), the food-service arm of San Miguel Pure Foods Company.

Born in England to a British mother and a Filipino father, Boutwood grew up surrounded by food on Boracay Island, where his family had a restaurant. At age 10, he moved to Spain for culinary education at Escuela Culinario Mojacar. He landed a stint with René Redzepi, owner of the 2-Michelin star Danish restaurant Noma. He opened in Boracay his first restaurant, Alchemy. It made the list in Miele Guide Asia’s Top 500 restaurants.

One of the busiest chefs today, Sarthou had a successful stint early this year at Madrid Fusion in Spain. He had two sold-out dinners during the event and was the first Filipino chef to speak at the main stage of Madrid Fusion.

His first book, “Philippine Cookery: From Heart to Platter,” was named 2017 National Winner in the Gourmand World Cookbook Awards. He recently launched his second book, “Rice to the Occasion,” which features various rice recipes.

His third book, “Diskarte sa Kusina,” will be released next year.

Sarthou also had his first self-produced full-length TV documentary on Philippine salt called “Seasons of Salt,” which was first shown in Madrid Fusion in Spain. The docu shows the importance of salt in Philippine cooking.

This young, good-looking chef has taken over the kitchen of the family restaurant, Amici, after spending several years in the United States and Italy to gain kitchen skills and offer a fresh approach to the restaurant.

He spices up Amici’s menu by serving juicy and spicy Italian burgers, steaks, pizza and pasta dishes, such as Seafood Diablo, Pasta Nero, and the Spicy Italian Sausage Pizza.

Moran hopes to continue the tradition of Fr. Gianluigi Colombo, founder of Amici when it was still run by the Salesians of Don Bosco, of serving good pizza and pasta to its diners.

Queenie Villar is Hey Handsome’s young female chef and continues to amaze foodies with her exemplary kitchen know-how. She keeps the restaurant in tiptop shape, sticking to its Southeast Asian/Peranakan/
Singaporean menu.

Jason Go and Paolo Reyes are the men behind Manila Creamery, the artisanal gelato that offers unique, delicious flavors that keep young and old alike smiling and happy.

Go studied gelato-making at the Carpigiani Gelato University, while Reyes trained at the Accademia Biggaton in Portogruaro, Italy.
They are popular for their cereal milk ice cream and other flavors such as Mangga’t Suman, Mango Pomelo and Salted Egg Cheesecake Gelato.