Tiny needles you can stick on to fight fat | Inquirer Lifestyle ❮ ❯ 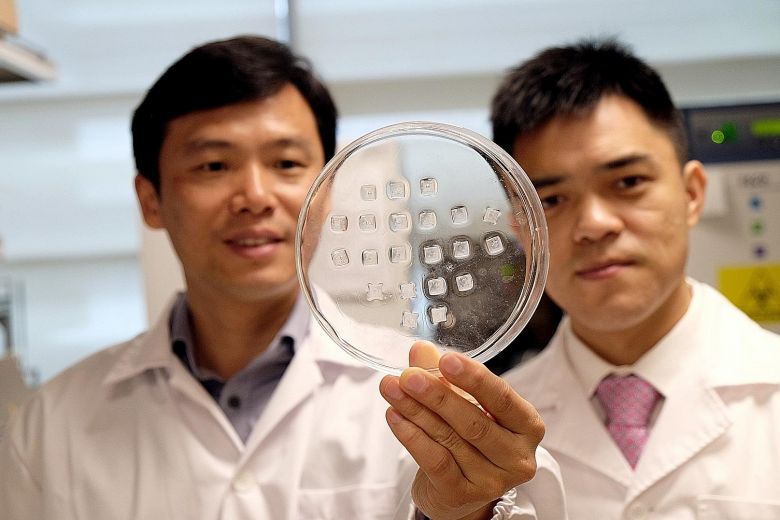 Tiny needles you can stick on to fight fat

Researchers here have come up with a skin patch that allows anti-obesity drugs to be administered with a lower risk of side effects.

The method helped mice on a high fat diet to reduce their weight gain and fat mass by more than 30 per cent over four weeks.

Each skin patch is just a 1cm square in size but contains hundreds of micro-needles that allow anti-obesity medication to be delivered directly to the fat under the skin.

Such medication helps to reduce unhealthy white fat, converting it into an energy-burning brown fat, which is healthier.

The patch has to be pressed into the skin for about two minutes, during which the micro-needles will become embedded in the skin and detach from the patch, which can then be removed.

The patch contains needles made of bio-compatible polymers, such as hyaluronic acid found in products such as moisturisers. The needles will degrade in the body, releasing the drug slowly.

Professor Chen Peng, one of the team’s two principal investigators, said: “While the patches have been highly effective in mice, we predict that they will be even more so with humans, because we have our fat layer directly under the skin. The needles will be able to reach the fat even more efficiently.”

The NTU team started working in 2015 on this skin patch, which has just completed the animal trial stages. It will be tested on humans only in a year or two. The team said it will be between five and 10 years before the patch can hit the market.

It estimated the prototype patch had a material cost of about S$5 (US$3.74).

A write-up of the new approach was published in the journal Small Methods last month.

Prof Chen noted that not many adult anti-obesity drugs are approved by the United States Food and Drug Administration, as high dosages are often required.

High dosages carry a risk of side effects, which can include heart palpitations, headaches and increased blood pressure, he added.

He said: “With the patch, we will administer the drug directly onto the fat, allowing for the dosages to be reduced significantly.”

Prof Chen said it is estimated that the patch reduces the dosage used by more than 20 times compared with current oral medications.

“Beyond dealing with obesity, there are other potential uses for the patches, including reducing cholesterol levels and other fat-associated conditions,” he added.

The NTU team is also looking into cosmetic uses for the skin patch.

Prof Chen said the patch could help solve the problem of obesity and associated conditions, such as diabetes and high cholesterol, with a lower risk of side effects. “Right now, there’s no way to treat obesity, allowing it to create a great social and clinical burden,” he said.