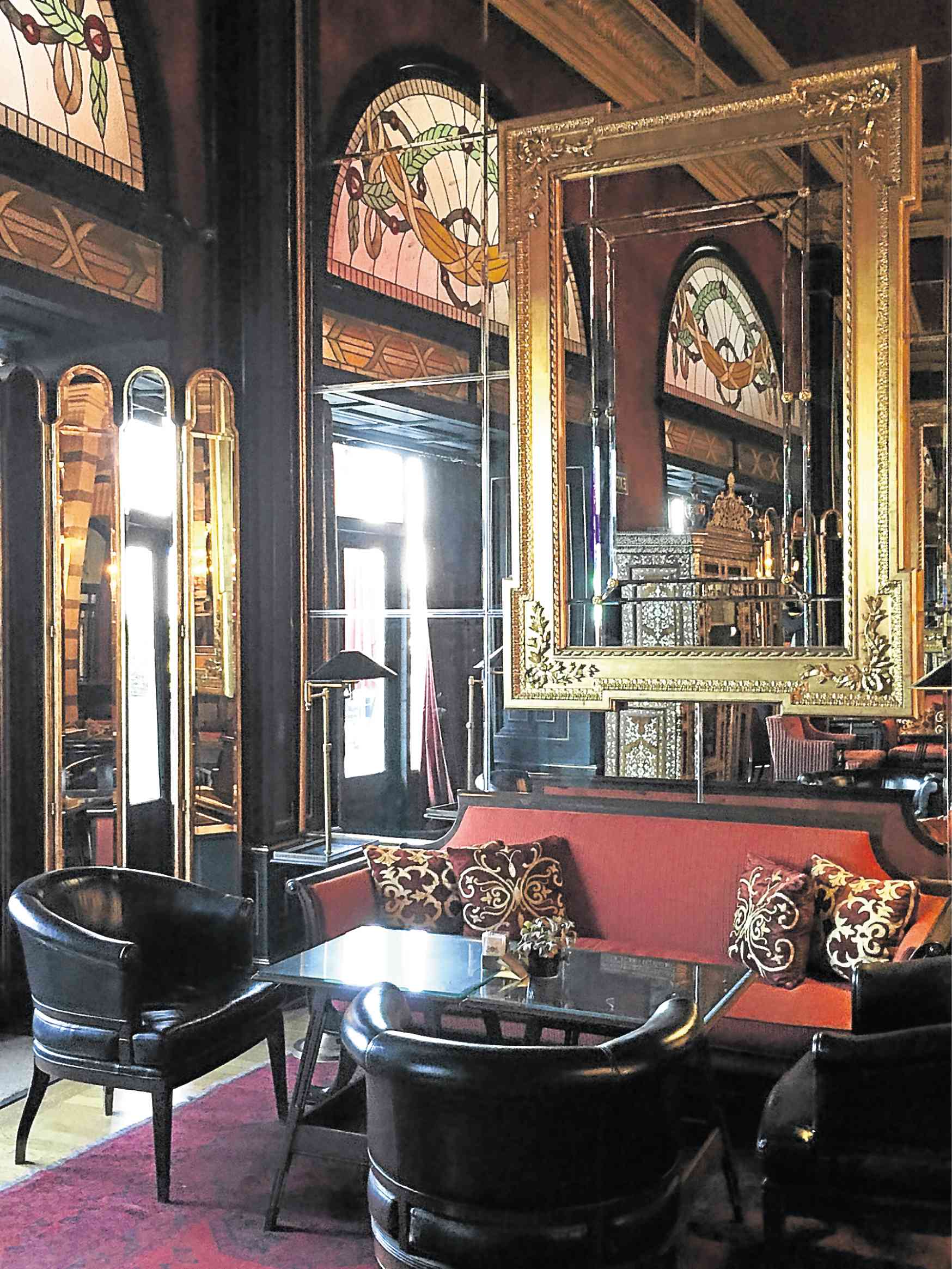 Did Agatha Christie stay at the Pera Palace Hotel?

One of my favorite movie opening sequences begins with a scene in which a silver mug is being engraved with the words, “… my love, my friend.” The engraver pauses, waiting to be told what else the woman beside him wanted to add to the dedication.

The camera focuses on the woman’s face as she utters, “Agatha.” The name then appears onscreen as the movie’s title.

The woman is supposed to be Agatha Christie, the world’s most successful crime novelist with more than 1 billion books sold. A few years ago, when I was convalescing, my cousin Manny gave me discs containing dramatizations of Christie’s novels featuring her two star sleuths, Hercule Poirot and Jane Marple. I found watching the episodes very comforting. Perhaps the sense that everything, no matter how complicated, would be made right in the end was so reassuring after a serious illness.

I have been an Agatha Christie fan ever since.

The 1979 movie with the engraved mug scene presented an imagined account of the 11 days in 1926 when Christie mysteriously disappeared. Perhaps she had felt devastated after learning that her first husband, Archie (the recipient of the mug), was divorcing her.

Since the famous writer had never revealed what happened to her, all kinds of theories abound. Many hotels have also joined the fray, making conflicting claims about Christie holing up in their premises when she went missing.

One of the more sensational stories related to Christie’s unaccounted days involves the venerable Pera Palace in Istanbul, Turkey.

In 1979, when the movie was about to be released, newspapers were abuzz with reports that a clairvoyant had been told by Christie’s spirit (she had died in 1976) of the existence of a box inside which was a diary that recounted the celebrated writer’s disappearance.

The key to the box was hidden in Room 411 of an Istanbul hotel. Soon after, the manager of the Pera Palace announced that he had found such a key in a room of his establishment, with the exact same number, but apparently nothing else.

Today, it is generally agreed that Christie had been all along ensconced somewhere in northern England. Yet, the quarters in Istanbul that had been identified so supernaturally are still preserved in her honor.

‘Murder on the Orient Express’

Like many others, I had assumed that this was where she wrote “Murder on the Orient Express,” which begins in the great city on the Bosporus. Actually, the novel may not even have been written at the Pera. A hotel historian explains that Christie, while working on her manuscript, would very likely have stayed at another Istanbul institution, the Tokatlian. This is, in fact, the hotel where she actually sets the first part of her story.

It was from this comfortable base that she went on archaeological expeditions with her second husband, Max Mallowan, in Syria and Iraq. She would later compile her adventures in a memoir with a genteel title, “Come Tell Me How You Live.”

Whatever the truth is, the Agatha Christie Room at the Pera Palace will always be a shrine for devotees of the Queen of Crime. The room seems to have been arranged to suggest that it was as the novelist had left it. Among the furnishings are an old typewriter and a shelf filled with the honoree’s books.

The color of the curtains and of the bed cover, a deep red, hints of the blood spilled on the pages of Christie’s works.

The sanguine references notwithstanding, the room’s atmosphere is one of quiet elegance, which contrasts with the rest of the building. As befits an institution that housed the aristocratic passengers of the luxurious Orient Express, the Pera Palace appropriately exudes opulence. An old brass escutcheon on the wall of the terrace is a reminder that these two properties were once in the hands of one owner.

Built in the last decades of the 19th century, the Pera was refurbished a few years ago by the Jumeirah Group, which also runs the Burj Al Arab in Dubai. Judging from old photographs, I could see that the present interiors have been done up much more elaborately than in the past.

Entering the lounge upon arriving at the Pera Palace, I was overwhelmed by its strident pinkness. One encounters this heated color in the marble, the footstools, the cushions, and even in the flower arrangements that exploded on a round table near the door.

Then I noticed that the fuchsia exuberance was balanced by the richness of the brass ornaments and the luster of the mother-of-pearl inlaid cabinets.

The rosy tones of the stained glass windows that grew paler with each passing cloud quieted the room further while huge globes drew my attention away to other parts of the world.

After a glimpse of the pastry shop on the way to my room, I deduced where all this pink belonged: in the trays of macaroons and strawberry tarts glistening inside glass vitrines. I promised myself that I was going to return to sample all that had been so lovingly confectioned.

Having torn myself away from all the sweet excess, I was conducted by the hotel officer to an antique elevator that was brimming with the wrought iron curves of a past era. As we ascended, I studied the moving compartment, remembering that the clairvoyant had mentioned riding one of these ancient conveyances in her vision.

Soon, however, I would forget about these allusions to the occult as the view from my balcony would prove more fantastic than anything a seer could conjure.

Dawn was just breaking over a luminous band of water that was none other than the Golden Horn. Imagine the endeavors that were launched here, the nautical battles waged, the fortunes gained and lost!

Suddenly forlorn cries came from every quarter. It was time for the morning prayer and every mosque joined in the great call for the faithful to turn to the Divine.

The neighborhood in which the hotel stood would prove just as compelling. There were many vibrant bazaars, colorful cafés and quiet bookstores. The area boasted its own wonderful gallery, the Pera Museum. At the time of my visit, it had exhibits on traditional locks from Anatolia, as well as a fine show on Turkish court painters.

Beside the museum was a lovely edifice decorated with a pair of atlantes. This was the Grand Hotel de Londres. Later I learned that it likewise had its own Agatha Christie Room—this one done in shades of orange.

On my way back from exploring the district, I stumbled into a bit of unpleasantness. I had just snapped the front of a bakery when a man who had been seated at a sidewalk table started yelling at me. He approached me, all the while shouting and, without warning, gave me a strong shove. A thought flashed briefly in my mind: What if I responded with my best kung fu pose? It didn’t matter that I couldn’t tell a karate chop from a pork chop.

I just had to look convincing even if it meant channeling a panda. As a friend of mine observed: Everyone else thinks that all Asians are masters of the martial arts. Eventually, I decided that the better part of valor was to use every last bit of my adrenalin rush to run toward my hotel.

Safely cocooned in the Pera’s Lounge again, I reviewed my brush with violence. I realized that if the incident had escalated further, I would have taken a serious hit for the sake of journalism.

Somehow, I imagined that it was more likely that she would have poured more hot tea. Then, she might have quietly said: “Come, tell me how you live.” —CONTRIBUTED