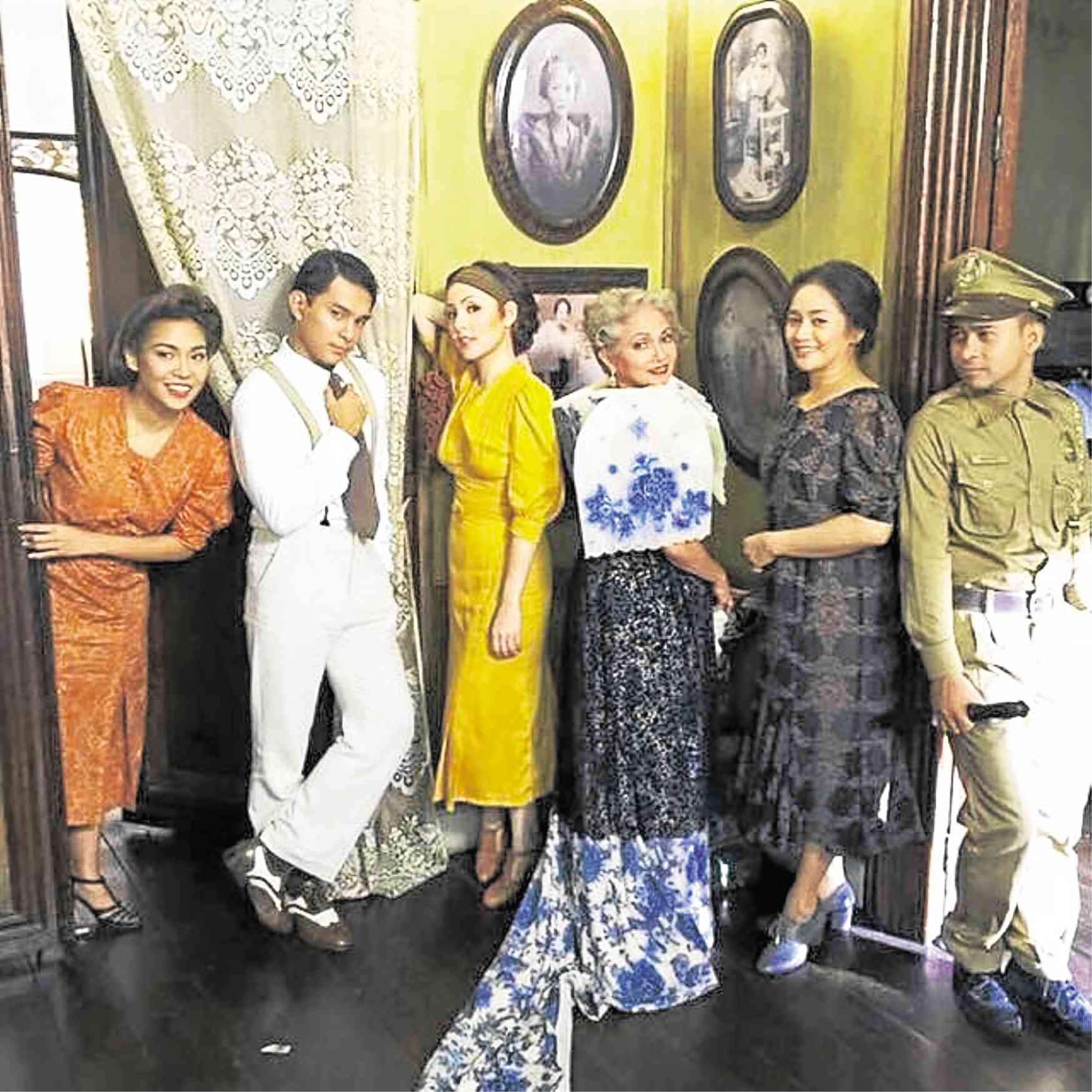 Much has been written about “Ang Larawan,” the musical film based on the play “A Portrait of the Artist as Filipino” by National Artist for Literature Nick Joaquin.

The lyrical libretto written by National Artist for Theater Rolando Tinio. The rousing musical score composed by maestro Ryan Cayabyab. The film’s inclusion in the 2017 Metro Manila Film Festival (it won Best Picture at the festival’s Gabi ng Parangal). Its successful world premiere at the 30th Tokyo International Film Festival. The glowing review that it received from Variety.

The excellent performances by the ensemble cast led by Joanna Ampil, Rachel Alejandro and Paulo Avelino. The long and challenging journey that executive producers Alejandro, Girlie Rodis and Celeste Legaspi took to get the film made. The “A” grade which the Cinema Evaluation Board (CEB) unanimously gave.

But aside from its famous source material and background, the noteworthy music and performances, “Ang Larawan” should be recognized for one more important element: its production design.

Philippine cinema rarely makes period movies. And when a period film set in 1941 (pre-WWII) like “Ang Larawan” comes along, its creation is a cause to celebrate.

Here are some things you must know about its production design.

Multi-awarded Gino Gonzales is the brains behind the design. “Ang Larawan” is Gonzales’ first work as production designer for a movie. According to the Internet Movie Data Base (IMDb), his previous credits were as costume designer for the GMA 7 soap opera “Amaya” and the John Sayles film “Amigo.”

Gonzales, a protégé of National Artist for Theater and Design Salvador Bernal, was interested in “Ang Larawan” because he was challenged to create the La Naval procession scene, a focal part of the film. Gonzales recommended Loy Arcenas to Rodis and Legaspi to direct “Ang Larawan.”

(It is also worth mentioning that Bernal created the sets and costumes of “Ang Larawan, The Musical” when it was staged at the Cultural Center of the Philippines in 1997 and 1998.)

“Ang Larawan” is Arcenas’ fourth movie (after “Niño,” “REquieme!” and the unreleased “Mirador”). Before becoming a director, he worked as production designer for Broadway productions such as “Once on This Island,” “Prelude to a Kiss!” “Love! Valour! Compassion” and “Chita Rivera: The Dancer’s Life.”

He also created sets for Off Broadway and major American regional theater companies.

His penchant for detail and meticulous eye are evident in “Ang Larawan.” For scenes that involved crowds, Loy checked the costumes of the talents, insisting that their attire should be “aged.” He was even more finicky with the costumes of the leads, requesting several alterations to the dresses worn by Joanna Ampil, who played Candida.

Dressing the cast and talents was a painstaking process. Gonzales’ production design team got the best tailors and seamstresses for the task. Vintage 1940s footwear for men and women were made-to-order. London-trained Mich Dulce designed the hats worn by Zsa Zsa Padilla’s socialite character Elsa Montes.

“Our baro’t saya did not have snaps,” reveals Legaspi. “We were instead tediously pinned and sewed into them by Gino’s dedicated staff. His costumes, colors, texts and set all vitally contribute to the film’s authenticity.”

As for the props, furniture and décor, the production design team borrowed from several antique furniture stores in Metro Manila.

The procession scene is breathtaking. Recreating the last La Naval procession held in old Manila was a tremendous labor of love. Legaspi says, “Gino painstakingly sourced sculpted wood angels, waxed flowers and doves on springs in the traditional way to dress up the carroza we had borrowed from Sto. Domingo. Everything was as historically accurate as possible.”

Over 700 talents—professional bit players, students, re-enactors from the Philippine Living History Society, a marching band from Cavite, devotees from Sto. Domingo Church, plus friends and family of the production team—participated in the scene, which lasts approximately three minutes in the movie. Each one was dressed in authentic vintage attire.

The way the participants were placed or grouped followed the exact sequence of the La Naval procession as it was done in the 1940s.

“We shot the scene in one long night, and it was the most expensive shooting day we had,” says Rodis.

It’s the real image of the Virgin of La Naval that viewers will see in the movie—the very same image from the Sto. Domingo Parish in Quezon City.

Rev. Fr. Giuseppe Pietro Arsciwals, OP, rector of Sto. Domingo, graciously granted permission to have the decades-old image featured in “Ang Larawan.” Around 17 male caretakers (all La Naval devotees) headed by Rolly Tayo “guarded” the image of the Virgin and pulled the carroza during the filming. They participated in the scene as sacristans.

Rafael del Casal, a close friend of Gonzales, was instrumental in getting permission from the rector. Del Casal, an artist, as well as other friends of Gonzales, also lent furniture and other notable accessories to recreate the house interiors.

The production is grateful for supporters like the Intramuros Administration, Ernesto Villavicencio and Ria Villavicencio, who believed in the project and allowed the use of their property. —CONTRIBUTED