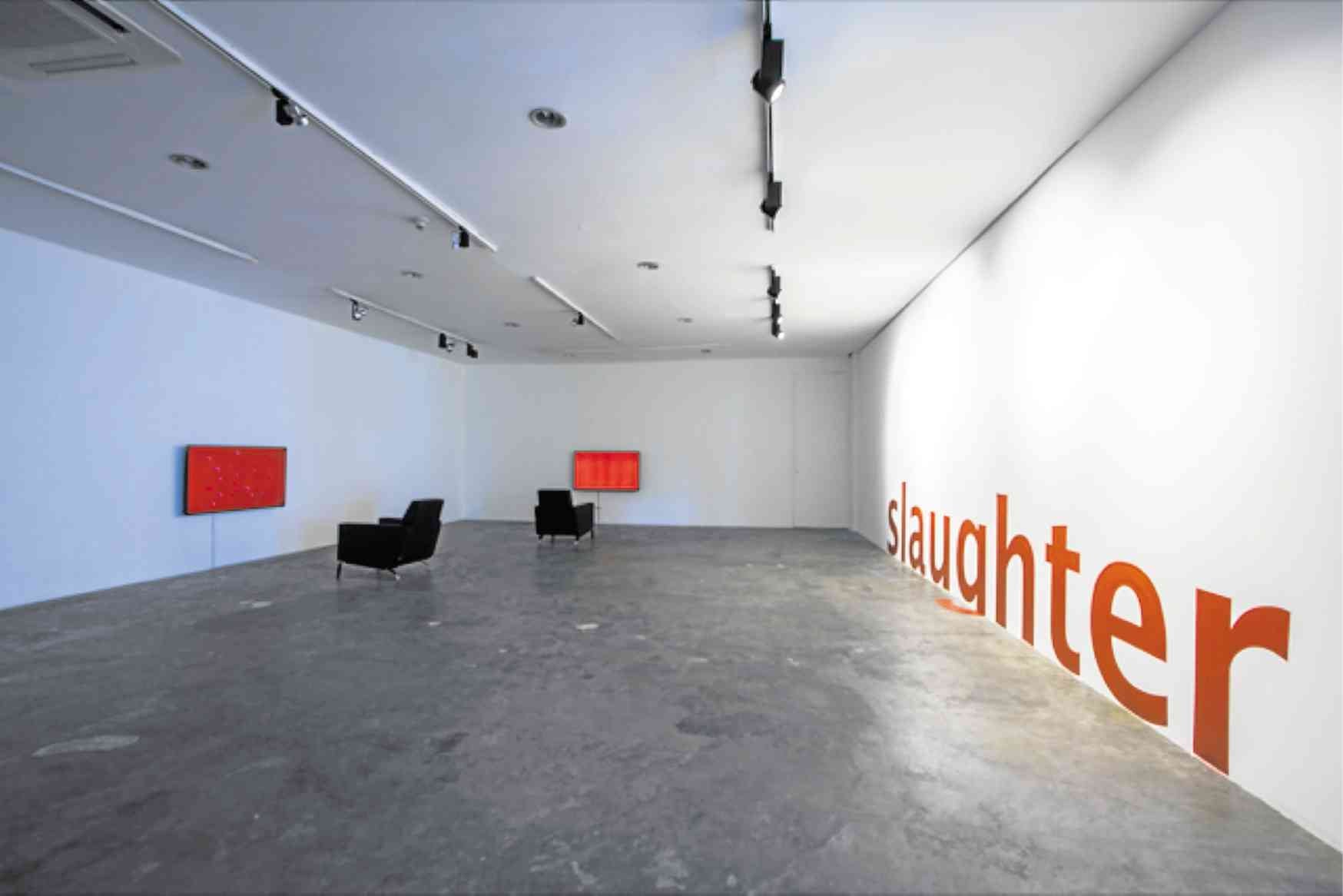 Many seemed rather puzzled, if not surprised, when Filipino-Canadian artist Lani Maestro was chosen as one of our two representatives at last year’s Venice Art Biennale, which closed Nov. 22.

For the Olympics of the art world, the country mounted the exhibition “The Spectre of Comparison,” which Maestro shared with painter Manuel Ocampo, another Filipino artist who has lived abroad for a long time. What some didn’t realize, the two were chosen precisely for the perspective of the expatriate, that is, from the outside looking in.

(The exhibit’s title was appropriated from José Rizal’s novel “Noli Me Tángere” in which the expatriate hero contemplates the current state of the homeland he left behind.)

A slender woman with long salt-and-pepper hair, Maestro looks like a cross between a hipster and a schoolmarm. One is reminded of Myanmar’s Aung San Suu Kyi with owlish eyeglasses.

The puzzlement and surprise at her selection to represent us abroad must be because she’s almost unknown to many younger Filipinos, especially the millennials, although she has always been here.

She studied Fine Arts at University of the Philippines in the 1970s. And the first question that comes to mind is: Was she ever mentored by Roberto Chabet, the pioneer of Conceptual Art in the country who popularized installations?

“I met Chabet—that’s it,” she briefly says.

Her only venue for showing her art then was the Cultural Center of the Philippines, where she started exhibiting when she was still a student.

“I had a professional life in the Philippines for only 3-4 years,” she recalls. “I was interested in exploring different art forms. Wala namang masyadong i-explore sa Social Realism [trendy then].”

It was a time of ferment for everyone, from the tycoon to the artist to the man in the street. She was politically active during martial law.

“The regular art crowd didn’t know that,” she says. “I evolved with the families of the disappeared, the prisoners. I taught art things in prison. Parang I had another life.” 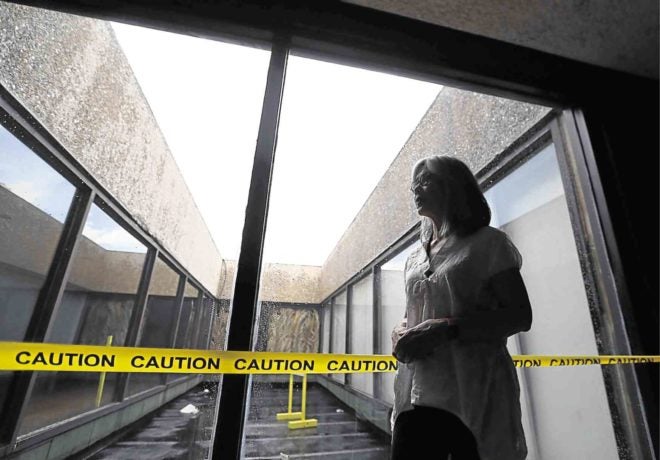 In 1982, a year after martial law was formally lifted, she left the country for Canada. She settled in Montréal for over three decades, creating art, teaching and writing, founding and editing an art journal.

Her biggest influence, she reveals, is Arte Povera, which rejects the commercialization of art.

“I approached teaching as an artwork,” she says. “I taught for a long time, but I stopped because I was getting paid, I had a salary, I was making more money.”

An eye-opener was when she came upon Canadian philosopher Samuel Mallin and his phenomenological approach to art, as espoused in his book “Art Line Thought.” She also interacted with artist-critic Stephen Horne.

She has now made a home in France, in a place she describes at this time of year thus: “Now is a very barren time. The days get really short and foggy and the night falls like a block of darkness, as real night should be. There is not much artificial light, no lamp posts, so apart from the stars or the full moon, it gets really dark!”

It’s that kind of place that keeps one thinking, thereby nourishing one’s art. Other than that, she spends her time gardening and “playing with my cats.”

Maestro’s characteristic art-making is a blend of architectural installation, soundscape and text. She had worked with ethnomusicologist-composer José Maceda, and marvels at his creation of “sound moving in space.” She says performative art is a big influence on her.

She studied the installation art of then repressive states of Chile, Poland, China.

In her installations, the viewer becomes the subject of the work. This is her concept of “embodied space”—how to bring it into the gallery and outside to the street.

“I want you to be part of the work,” she says. “I want my practice to be accessible to everybody.”

In the installation “Slaughter,” the word is printed in red, lower-case Helvetica typeface, on stark white wall. Audience response: gallery-goers sprawling on the floor like massacre victims.

In “I Want! I Want! I Want!” a large box is surrounded by small square holes and inside are three ladders. When the viewer peeps, a sensor is activated and laughter bursts all around.

The neon art of Dan Flavin and Mario Merz has also influenced her, as could be seen in her installations at the Venice Biennale.

So has Caribbean novelist Harold Sonny Ladoo, whose raw visceral “No Pain Like This Body” (described as an unrelentingly brutal story of poverty and violence) has its title appropriated for one of her neon installations.

She relates some Filipino domestics in Italy, on seeing her “No Pain Like This Body No Body Like This Pain,” had been asking her: “How did you know that? Only you had said that. Others did not.”

Does she ever feel a need to explain her work?

“Meaning is overrated,” she says. “Explain—that’s a forbidden word. I just ask them to see the show. Anybody is capable of having a conversation with the work. You can’t get in? Eh, ’yun na ’yun. So you know, you feel, how to be outside.”

The pinewood benches in one installation were done by artisans in the Philippine Pavilion exhibition space at the Arsenale. When she was younger, she was hands-on with such construction. Now she just directs and instructs, but she’s always there during the process.

“Your relationship with the workers is important,” she says.

One time she needed 600 benches for an exhibit in France, she ordered them from a furniture maker. But the artisans were uncompromising in the quality control of their work, and she wanted a specific texture for the wood, just polished enough “na hindi ka masusugatan”—so they didn’t have a deal.

“I gave up the idea of a studio, because that’s the conventional definition of an artist,” she says. “You give me a table and a chair.

“I don’t have a gallery. I’m not part of the art market. There is no recipe [on how to get exhibited]. You just do your work. You just wait for people who can relate to your work. But, of course, I’m not a rich artist. But there’s freedom—so it’s possible.”

An underappreciated Filipino artist she admires is Mars Galang, who’s into Abstract Minimalism and assemblage of found objects. She deeply appreciates artists who are uncompromising in their art, whether they sell or not.

“To be an artist, it’s like nag-madre ka,” she says. “It’s a vocation. Art market has no place for that. Auction is an artificial idea. It’s dangerous. I wonder what will happen to them [young artists into auction].

“I have no advice for them. Just listen to yourself.

There’s no need to be violated by others. For me, ethics is important. How you care for others; how you care about your work.”