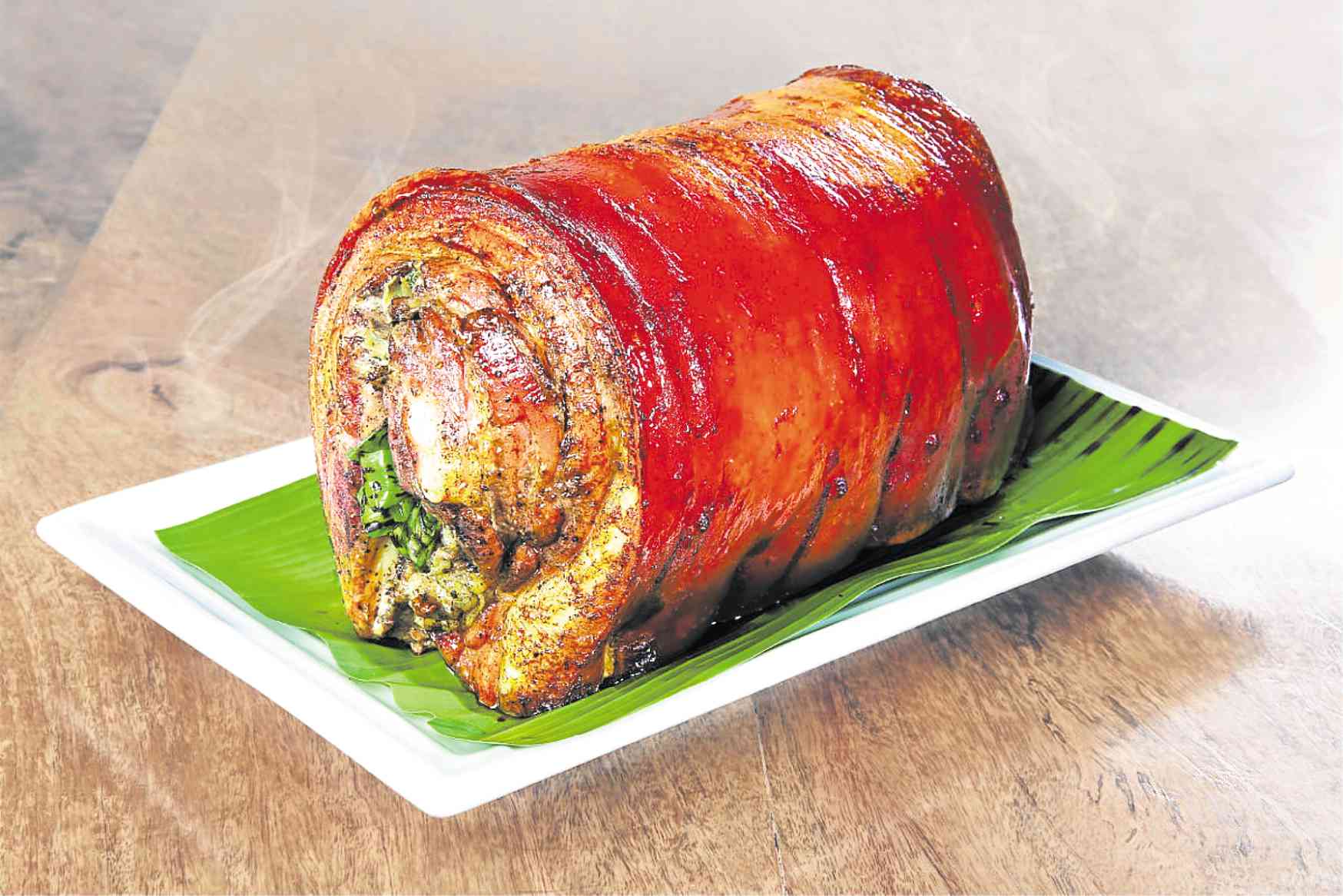 It was uncanny that, on the week before a visit to Cebu, I got an invitation to taste Cebuano cooking—but to be held in Manila. I had seen the signage to try the food at Hukad on the way to the TriNoma MRT station, my choice of transportation to points south such as Shaw and Makati. The name Hukad sounded curious, but not enough to make me stay and look for the place.

But then the opportunity presented itself when I was free, and the restaurant was near home in Quezon City. Of course, the first thing was to find out what Hukad means—it’s Cebuano for ladle or sandok.

In the restaurant, it’s used to ladle out “unlimited” rice, plain or fried. The night I went, Hukad was reintroducing itself. It belongs to a big, Cebu-based chain, the Golden Cowrie, which has been around since the 1980s, and is branching out. Hukad is the company’s other brand.

Part of Hukad’s relaunch was to announce the actor Gerald Anderson as its brand ambassador. His mother is a Cebuano from General Santos City, and so the food of the region is Anderson’s comfort cuisine.

He was introduced by general manager Kenneth Cokseng and his wife Kristine, who is also assistant general manager of the group of restaurants. Kristine explained that food with Cebuano flavor doesn’t need dipping sauces or condiments, unlike the way people from Luzon, for instance, would have theirs.

Cebuano kare-kare doesn’t need bagoong because the flavors are all in the dish.

But Kristine admitted that Cebu lechon is saltier than its counterparts in the country. The restaurant offers lechon belly as its signature dish stuffed with chopped aromatics and ordered by weight.

For people familiar with Cebuano cooking, what makes Hukad truly Cebuano is the ngohiong—lumpia (spring roll) with chopped ubod (coconut pith), though it can contain singkamas (jicama) or bamboo shoots.

For non-Cebuanos, the flavors are strange because of its mix of sour and salty with a whiff of five-spice powder, but Cebuanos grow up with this breakfast/snack food.

Even Tagalogs who have lived in Cebu for a time have made ngohiong a staple food. The way to eat this, said a waiter at Hukad, is to slit the ngohiong lengthwise, then dip in the sauce.

There is also the tinowa, the not-so-sour soup of the Cebuanos, which a Central Luzon native will find lacking in that mouth-puckering quality. But tinowa always works with really fresh seafood, so the sourness doesn’t mask that quality.

Scallops at Hukad come from Bantayan, an island off the Cebu mainland known for its seafood and once an exporter of soft-shell crabs (which has sadly been discontinued). The place is also bruited to have beaches even better than Boracay.

In Hukad’s Spanish-inspired dish of mariscos, a seafood mix in tomato sauce, the halaan (saltwater clams) were so huge that we thought they were imbao (mangrove clams).

Like most Filipino restaurants, the food at Hukad is not limited to what Cebu offers. The Pampango sisig is as delicious cooked the Cebuano way. Crispy pata is done very well, the crunchy skin a contrast to its tender meat.

Modern touches are in the salad of pomelo with slices of buko (young coconut), and the dessert of ube halaya (purple yam jam) placed within a crisp pastry covering and served à la mode.