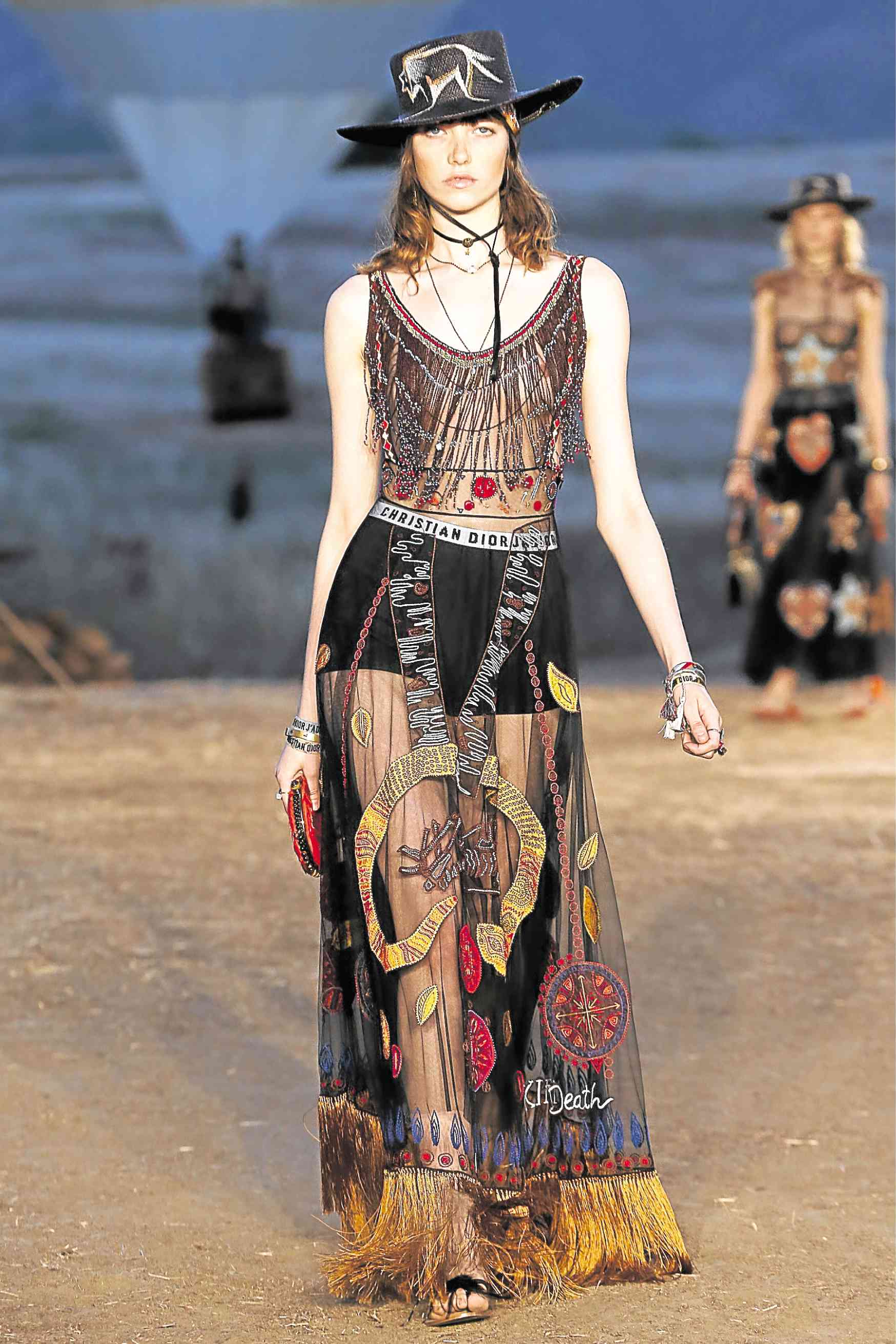 Shades of Kahlo, O’Keeffe and Vreeland in Dior’s 2018 Cruise Collection

Celeb guests and the fashion flock were asked not to wear heels, as pillows and tents became the front row and the packed sand was the runway for the models, who wore flat sandals and dirty boots.

Another reference: the primitive wall paintings in the Lascaux caves in France, estimated to be 20,000 years old. Chiuri discovered that Christian Dior was fascinated by Lascaux—the latter’s Ovale collection of 1951 featured prints inspired by the paintings.

Chiuri played on the idea in her own way, but like Dior, her pieces had a mystical, otherworldly quality.

There were also plenty of her signature balletic, sheer embroidered gowns. Some came with a sequined handprint motif, while others had primitive-looking embroideries of women and animals.

Coats in the waisted, midi-length silhouette so associated with O’Keeffe were among the show’s subtlest and most chic-looking pieces.

Easy denim looks embroidered with beads numbered among the other highlights, along with several ethereally pretty prairie dresses.

These creations were not costumes—they were powerful, versatile pieces for the pioneering women who will wear them all.

Overall, these clothes are ready for the natural world inside city borders, referencing women’s innate connection to the wild and the primal. —CONTRIBUTED