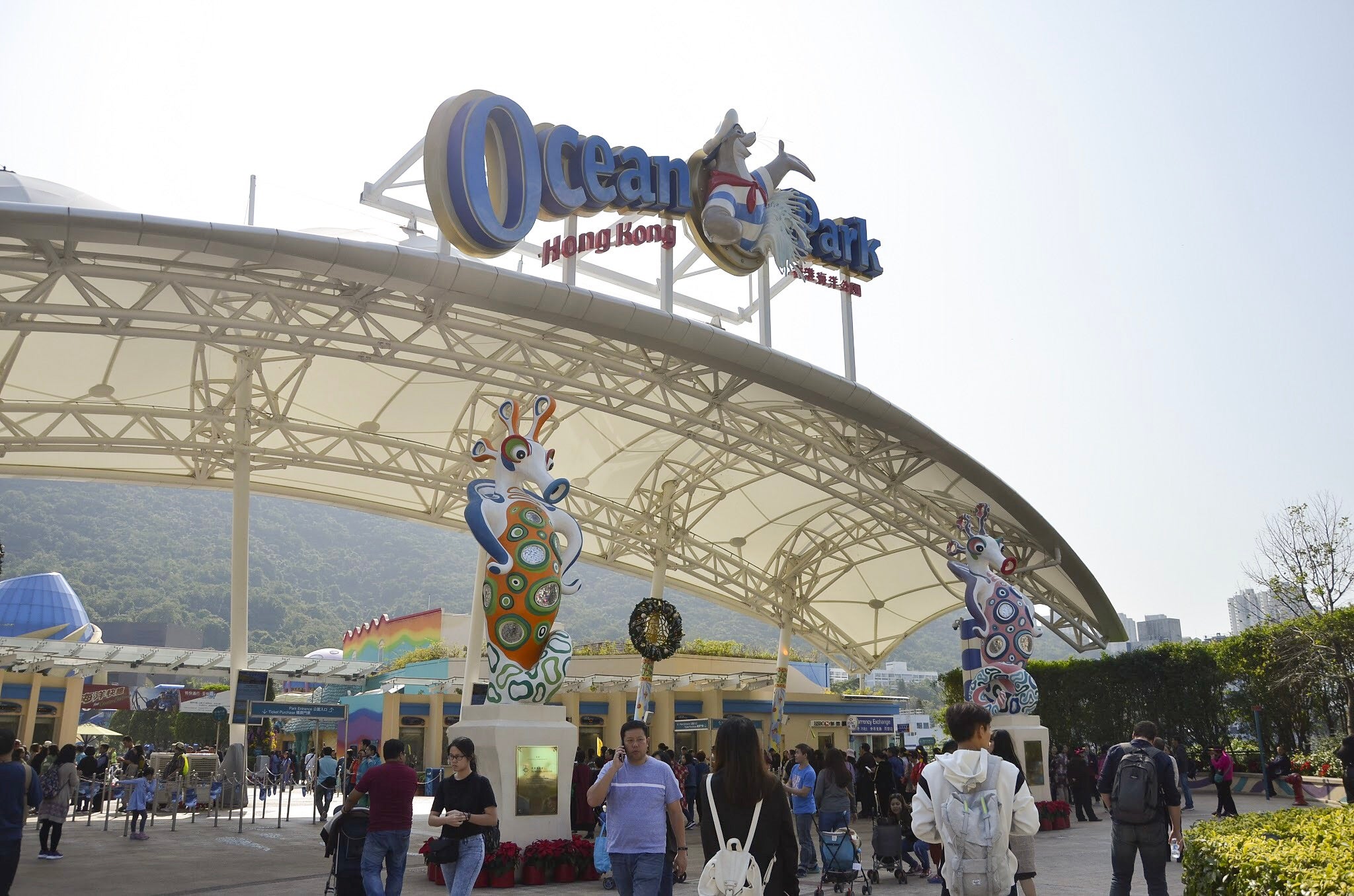 Among the new rides is Mine Train, a virtual reality (VR) roller coaster that has a synchronized, real-time motion, with the Samsung Galaxy Gear VR headset providing the riders a 360-degree view.

Guests can also enjoy the festive atmosphere at the Waterfront Plaza, which has make-believe snow, a Garden of Romance and other delightful features for all ages.

Ocean Park has been known for its Dolphin Show, in which guests watch the sea creatures perform amusing tricks.

However, the theme park’s executive director, Vivian Lee, said that management has decided to modify the dolphin show’s theatrical content into an educational experience.

“Our animals are the best ambassadors for conservation,” said Lee, who emphasized that keeping the animals healthy and happy doesn’t mean feeding them with fish and other living creatures.

A project of the Ocean Park Conservation Foundation, No Straw Day “encourages the public to reduce their plastic straw consumption, since straws often end up in the ocean and turn into marine debris.

“While plastic litter remains in the environment for decades, it absorbs toxic substances and organic pollutants, and these chemicals and toxins enter the food chain through bio-accumulation, affecting both the ecosystem and fisheries, ultimately threatening our health.”

The campaign is in effect not only among guests in Ocean Park, but also school cafeterias and fast-food chains in Hong Kong.

Lee pointed out that a key factor to Ocean Park’s success is adapting to technology. She added that it’s not just continuous upgrades on the attractions, but enhancing the customer experience, as well as promoting animal welfare.

She explained that there should always be a story to tell whenever the park acquires new animals, thus, avoiding the misinterpretation of looking like a zoo.

Since it opened in 1977, Ocean Park has developed into a popular tourist destination, connecting people with nature.

What started as a nonprofit organization is now recognized for its animal husbandry, conservation and research.

The park is committed to providing the best leisure, recreational experience for guests, combining entertainment with conservation and, most importantly, education.