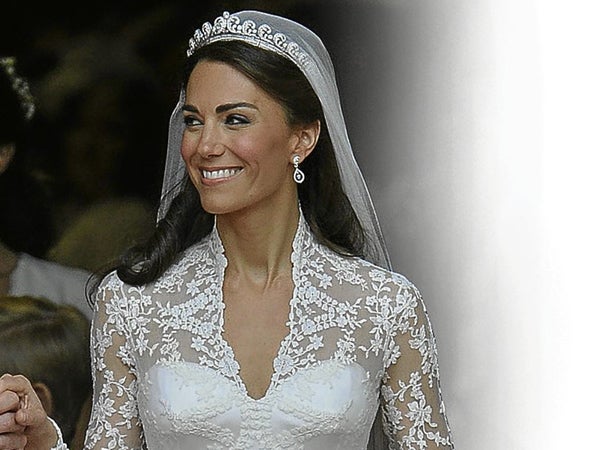 Fashion news 2011: From Kate to the Volcanoes and Mario Maurer 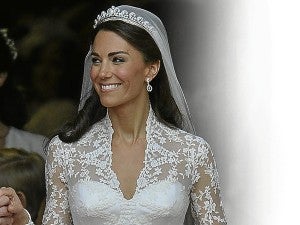 It’s a bit peculiar that fashion’s arguably biggest moment for 2011 was a wedding. But the world watched in awe on April 29 as, after months of speculation and guessing games, commoner Kate Middleton stepped out from her London hotel room in a wedding dress designed by Sarah Burton for Alexander McQueen. The classic, Grace Kelly-esque dress minted the new duchess’ status as fashion icon, and made Burton, her late mentor’s protégé, a star designer overnight. A few months later, the dress drew a crowd of 600,000 when it was exhibited at Buckingham Palace.

2. Alexander McQueen retrospective at the Met

Who knew that a seemingly esoteric subject would be a top museum draw? For three months beginning in May, “Savage Beauty,” a retrospective exhibit of the works of the British 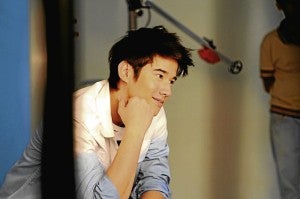 fashion designer who took his own life in 2010, drew record crowds at the Metropolitan Museum of Art’s Costume Institute. Visitors lined up outside for hours so that the exhibit had to be extended for a week. When it closed on Aug. 7, “Savage Beauty” made it to the Met’s Top 10 most popular exhibits, with over 661,509 visitors.

In March, Dior’s flamboyant creative director John Galliano was fired from his post after an anti-Semitic rant in a Paris café. The quest for his successor has been a big guessing game in the industry, drawing a long list of possible candidates, including Marc Jacobs, Riccardo Tisci, Alexander Wang, Jason Wu. After nearly a year, the post Galliano vacated remains empty, with the Belgian Raf Simons as the most recent frontrunner. The house of Balmain also parted ways with its designer Christophe Decarnin, who created those popular and extravagantly priced rocker-chic jeans and jackets for the brand. The designer was reportedly getting treatment for depression. The movements suggested that the era of the star designer is on the wane, and a poor bottom line no longer justifies star behavior.

After its overtures of an Hermès takeover failed, LVMH announced it had acquired the storied Italian jewelry house Bulgari. Francesco Trapani, Bulgari’s chief executive, was the only member of the founding family to still hold a prominent position in the company’s operations, and the lack of interest in younger family members to get involved in the business was seen to have bolstered the sale.

In another luxury company, Jimmy Choo cofounder Tamara Mellon stepped down from the company as chief creative officer after it was sold to a German luxury goods group which also owns Bally and Derek Lam. Mellon, who no longer has a financial stake in the company, started Jimmy Choo 15 years ago in London with its namesake cobbler of Malaysian descent.

Louis Vuitton also announced recently that its longtime chief executive Yves Carcelle is stepping down in 2014 to assume another post in the company. He has been CEO for two decades, and was responsible for growing the brand into a global behemoth and the most profitable luxury fashion house. Carcelle, 63, will become president of Fondation Louis Vuitton, which is building a Frank Gehry-designed museum in Paris. 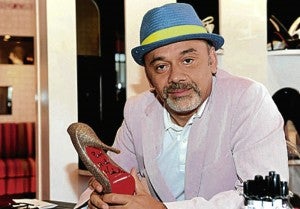 Christian Louboutin, he of the signature red soles, filed an injunction to stop YSL from selling a pair of red shoes that also had red soles. Louboutin argued it infringed on his trademark. His suit was denied, and so was his eventual appeal. Tiffany & Co. of the “Tiffany-blue” boxes also later filed its own brief in support of Louboutin, claiming signature colors should be trademarked.

6. Filipina wins Supermodel of the World

After years of playing bridesmaid in the prestigious modeling tilt, a Filipina finally won this year’s Ford’s Supermodel of the World contest in New York. Seventeen-year-old Danica Magpantay, a freshman at UP Diliman, won the $250,000 modeling contract with Ford Models. Valentino Garavani draws raves with his newly launched virtual museum, replete with 5,000 images and 180 videos spanning a 50-year career, and set up in a 3D palazzo. The virtual museum is 10,000 sqm and has seven different galleries. Giancarlo Giammetti, Valentino’s longtime partner, said the project cost “a lot of money.” But if the reviews are anything to go by, it looks like money very well spent.

The vast jewelry collection of the late actress fetched a lot more than the projections. The 80-piece collection took $116 million at the end of the Christie’s auction in New York. The star piece was a 16th-century pearl given her by Richard Burton, whom she married twice. He bought it at $37,000 in a 1969 auction; it sold for $11.8 million. Taylor’s haute couture collection, including the two dresses she wore to her weddings with Burton, sold for $2.6 million, about 10 times the pre-sale estimate. 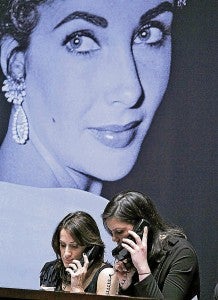 9. Belo opens US clinic; Calayan staffer caught in US sting

While the Belo Medical Group marked the opening of its first clinic in the US, local rival Calayan Surgicentre Corp. got embroiled in a controversy when a staffer in its West Hollywood clinic was caught in a sting operation, reported the Los Angeles Times. The county prosecutor, according to the report, was considering charges of practicing medicine without a license. In their bid for the US market, the tally so far: Belo-1, Calayan-0.

Hotel heiress and reality TV star Paris Hilton and “Gossip Girl” actor Ed Westwick were just two of the stars to visit the country. Hilton was here to unveil a beach property she’s 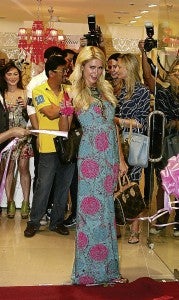 co-designing as well as her eponymous bag boutiques. Westwick was introduced as the face of the clothing brand Penshoppe, though some say it was Thai actor Mario Maurer, also a Penshoppe endorser, who was a bigger hit among the young market.

After its controversial Philippine Volcanoes billboard, which were taken down when two city mayors claimed the images of the athletes in their skivvies were offensive and inappropriate, lifestyle brand Bench landed stateside exposure when it was featured in an episode of “America’s Next Top Model.”

One of the big beauty industry events this year was Andrea Jung’s Philippine jaunt, her first in 12 years. The Avon CEO was here to meet with 8,000 Avon sales reps for the “Avon Believe World Tour,” marking the brand’s 125th year. It was the largest gathering of Jung’s 16-city global tour, meant to rally and boost the morale of women worldwide. The CEO and her company are proponents of women empowerment, and the Philippines is one of its top markets.

SM lands another global fashion brand, not the Swedish H&M as long rumored, but the Japanese label Uniqlo. Last year, SM also brought in the Korean-owned fast-fashion chain Forever 21. Uniqlo is known for well-made casual clothing, and will open its first Manila store in early 2012.