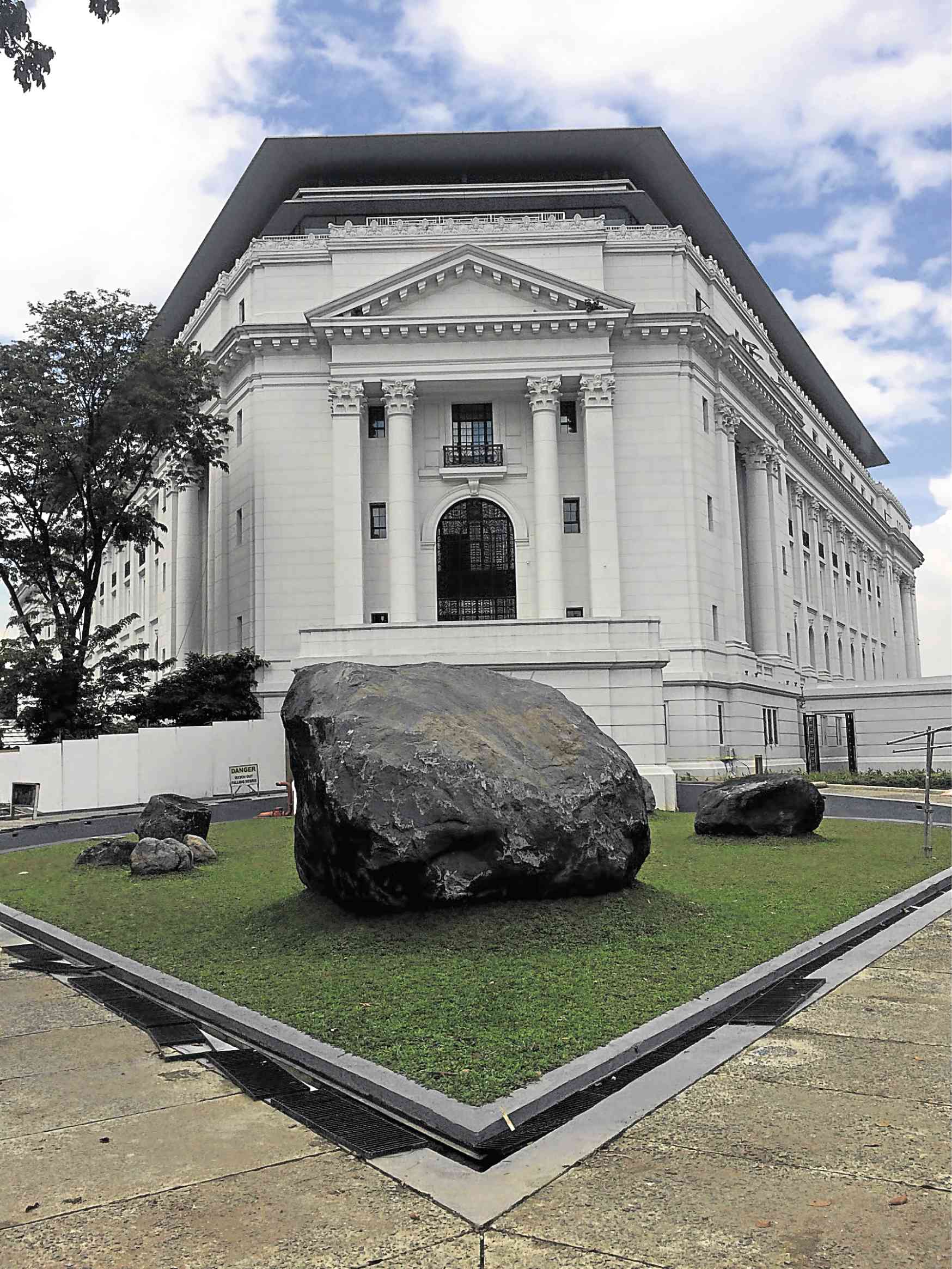 The neoclassical architecture and the dramatic assembly of volume make the National Museum of Natural History a symbol of power. –DOMINIC GALICIA

The Philippines is touted as a world hotspot for flora and fauna biodiversity. The new National Museum of Natural History (NMNH) is a fitting venue to show the best of its natural environment.

Still on its soft opening at the former Department of Tourism (DOT) building in Agrifina Circle, Manila, NMNH has been getting social media buzz for its new look, created by Dominic Galicia Architects and interior design firm Periquet Galicia, Inc.

In 2012, the Museum Foundation of the Philippines held a design competition on the adaptive reuse of the DOT edifice. Galicia said “adaptive reuse” meant “restoring an old building and converting its offices into art galleries.”

The crux of the design was to enclose the courtyard to increase the floor area for exhibitions and enhance the museum experience through architecture.

Galicia’s winning entry was a new structure in the courtyard, dubbed the “Tree of Life,” which resembles an abstract tree sprouting from the ground. Its canopy of leaves is rendered as a glass dome with a lattice pattern. The Tree of Life is the new architectural focal point. It is also a dramatic entry point and channel for going around the museum.

“The idea of the Tree of Life was inspired by natural history and man’s wanting to understand nature and his place in it,” Galicia said. “Throughout civilizations, the tree has been an anchor idea in the Book of Genesis and in Charles Darwin’s ‘On the Origin of Species.’ Even in our indigenous iconography, the Tree of Life motif is found in the arts of the Mangyan, Maranaw and Ifugao. As a universal symbol, we felt it was appropriate for this project.”

Built in 1939, the former DOT building was originally the Department of Agriculture (DA), designed by Antonio Toledo.

Galicia, a heritage conservationist, explained that the government buildings around Rizal Park were meant to comprise the capital complex, according to the 1908 urban plan of Daniel Burnham.

The setup of the then Agriculture, Finance and the Legislative buildings was inspired by the United States Capitol Complex in Washington, D.C. The Philippines’ Agriculture and Finance buildings were identical in architecture.

Galicia retained the grandeur of the NMNH’s neoclassical architecture, characterized by the columns with capitals and bases, elaborate cornices and moldings and the main floor, which is raised above the ground, called the piano mobile.

This level is about the height of the second story in a modern building.

Although neoclassical architecture was symbolic of American influence in the Philippines, Antonio used it as an expression of emerging Filipino power, as the country was preparing for independence, Galicia noted.

In today’s context, Galicia said the National Museum’s neoclassical splendor reflects the Philippines as a world power in terms of natural resources.

“The museum is the chance for us to express this,” he said.

The adaptive reuse project is a public-private partnership and a flagship effort of the Aquino administration. Galicia estimates that the cost is less than P2 billion, with structural engineering provided by an international company, Arup.

The original Agriculture building had five floors. When the DOT took over, it added a sixth floor, the design of which was not in sync with the architecture.

The design team renovated the interior architecture to make the pattern of movement more engaging.

The visit begins as one climbs the grand flight of steps to the piano mobile. The main floor consists of the Ayala Hall, the reception area with a two-story ceiling, and a major exhibition space.

The next three floors are devoted to the galleries.

Meanwhile, the sixth floor is undergoing complete renovation. Upon completion, it will have a glass-and-steel façade that will face the exterior and the courtyard.

It will host the executive suite for the director, the library, function rooms and the membership lounge.

Although rare and endemic species are the main attractions, the museum itself is an experience. The layout compels visitors to move around and be enticed by the exhibits.

The central route is to ride the scenic elevator inside the Tree of Life, which takes one to the fifth floor for a closer look at the architectural details of the dome and the perspective of the other floors.

A winding ramp provides an overlook of the courtyard and the other floors.

Galicia explained that the dome is part of neoclassical architecture. It is modernized by the panes of insulated glass and metal panels. “You get the light but less heat,” he said.

“The modulation of natural light is the most important part of the project,” he added.

The museum has adequate lighting sources that welcome the sunlight, which in turn enhances surfaces, adds visual depth and makes the building a living sculpture.

At different times of the day, the dappled patterns of light cast from the latticed dome dramatize the courtyard.

Light is the humanity for architecture,” Galicia said. “It’s a way for a building to register the passage of time.”–CONTRIBUTED