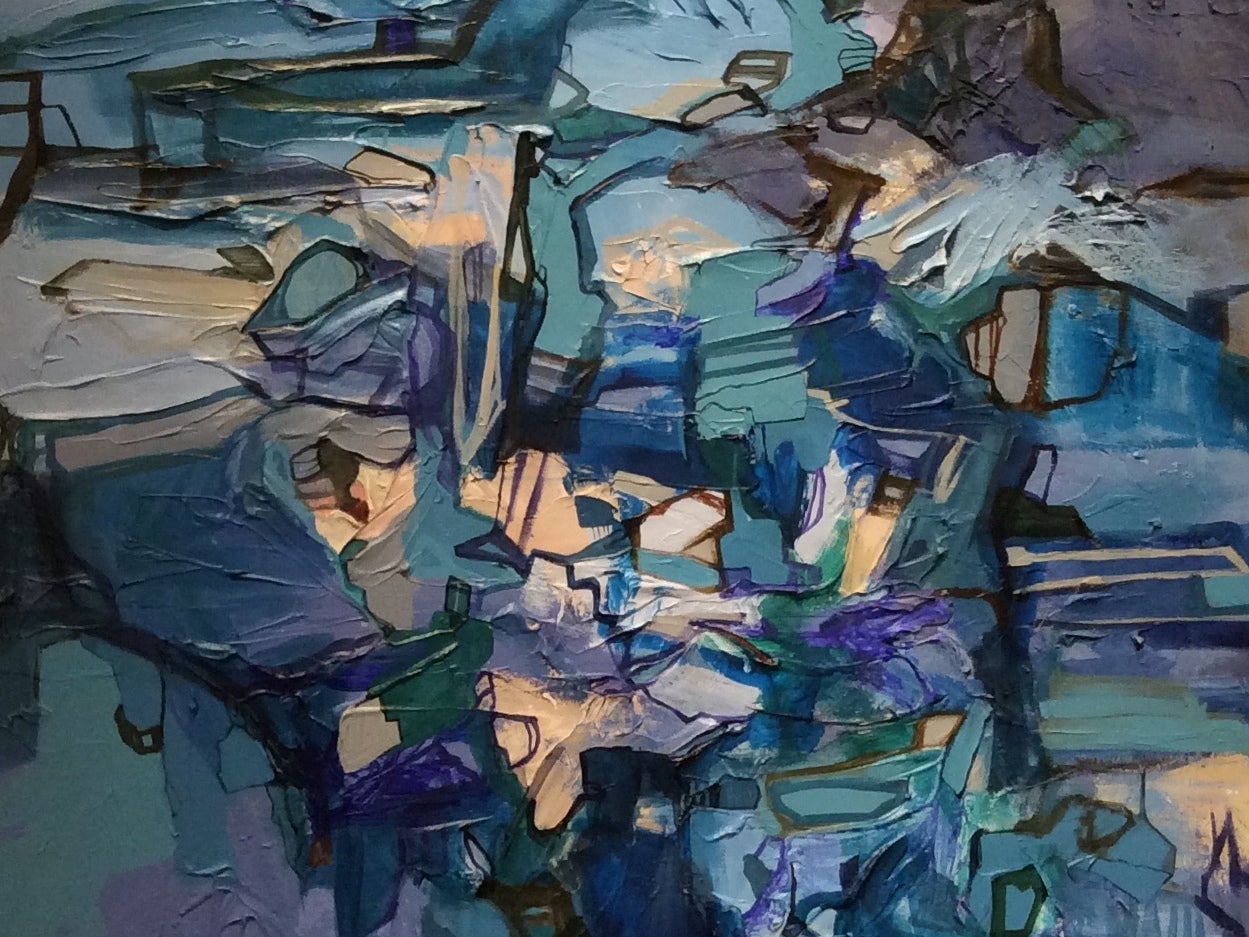 For Baldovino, art is genetic

With his family name and an ace photographer for a grandfather, some people thought, when they learned that André Baldovino was holding his first exhibition, that it was going to be on photography. He is the son of the eldest child of the late Dick Baldovino, a major influence in the development of photography as an art in the Philippines.

But the grandson chose to follow the footsteps of another major artistic influence in his life. His grandmother Josie, Dick’s wife, is the sister of National Artist Jose Joya. As a young boy, Baldovino spent a lot of time with his illustrious granduncle, triggering the youngster’s interest and eventual decision to pursue painting as a career.

“I attended his (Joya’s) shows and asked him for art books as gifts,” the self-effacing artist recalls of his time with his granduncle that stoked his passion for painting. Josie says the boy became familiar with major artists and their works from a very young age because of his granduncle.

At age four or five, Baldovino became a keen doodler, a habit he must have picked up from Joya, who once admitted he would draw on whatever piece of paper, no matter the size, was available since he was a young boy. “I did just the typical child drawings,” Baldovino describes his earliest artistic expressions. It was in high school when his decision to pursue painting as a career firmed up.

Despite this, Baldovino chose to get a degree in Political Science, with a vague notion of taking up Law later. “I thought I could be a painter without any formal training,” he explains the detour.

After getting his degree, however, the budding artist realized he needed the discipline and formal training he could get in an art school. Baldovino abandoned any thoughts of going to law school and enrolled at the University of the Philippines College of Fine Arts, careful to play down his relationship with Joya, its former dean.

Although some faculty members were aware he was related to the National Artist, “I did not make it (connection to Joya) public,” Baldovino says. He did not want any special treatment nor did he want to raise false expectations and constant comparisons with his celebrated relative.

As an artist trying to hone his skills, Baldovino says he tried different media, eventually deciding acrylic was the material for him because it is fast-drying and nontoxic, among other things.

All his nine abstract works on display, most of them sold except for one or two, at Ayala Museum’s Art Space are acrylic. They were all completed last year although, according to Josie, her shy grandson had actually sold his earlier pieces unbeknown to them. Collectors apparently were keen to acquire his works even before his family, particularly his lola, finally realized painting had become the chosen career of the boy Joya helped babysit.

Some people may find his paintings evocative of his granduncle’s. Baldovino says he has been told, however, that his works remind them of those of another National Artist, H. R. Ocampo.