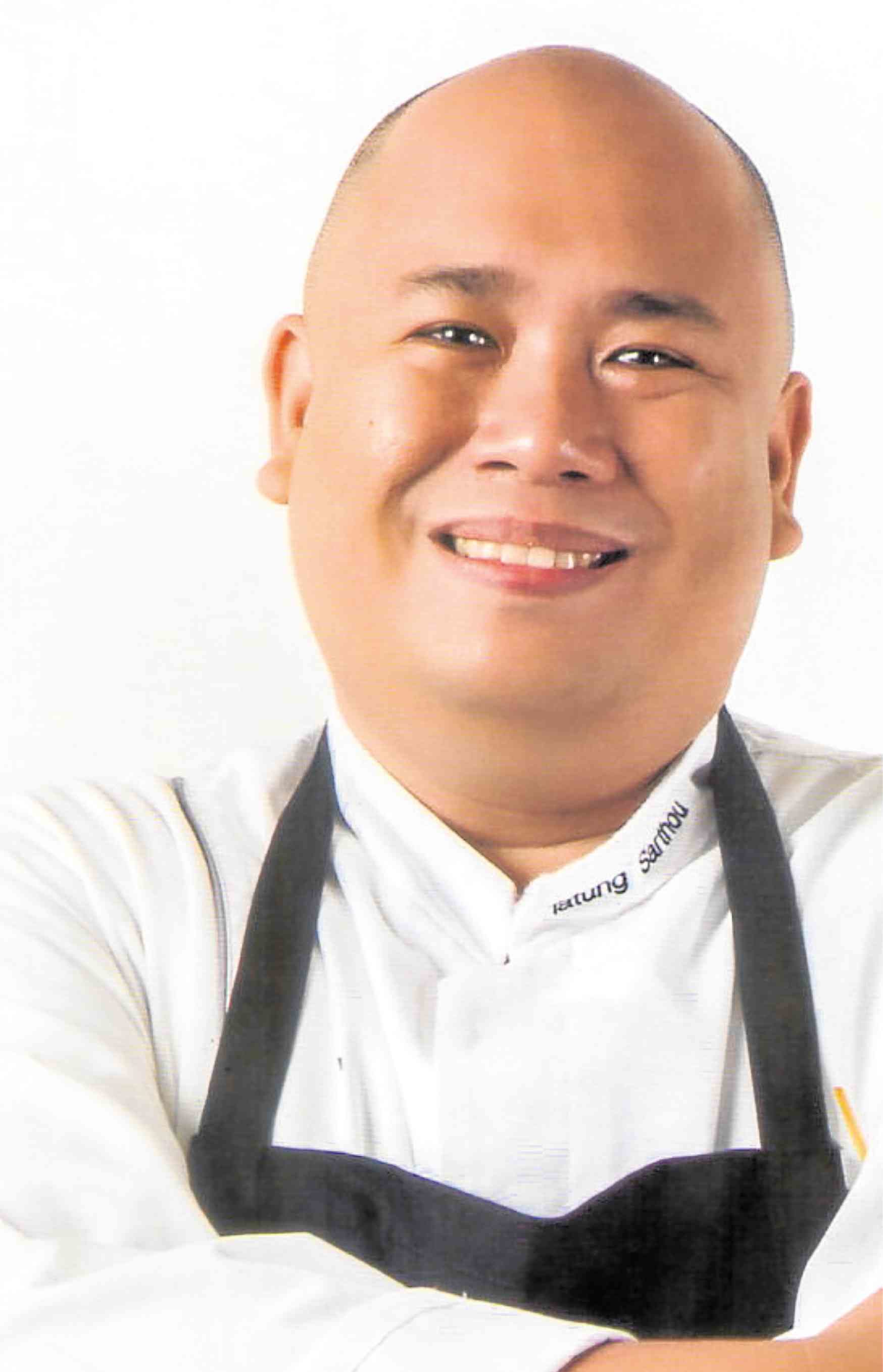 Before the Christmas and New Year holidays, it seemed unlikely that anyone could relax amid preparations for feasting and gifting. Fortunately there was an occasion that allowed me to get away from the hustle and bustle—an invitation to sample the cooking of a friend, Myke Sarthou, better known as chef Tatung.

This was held at Taal Vista Hotel’s Veranda buffet. Out of the many food items on the table, Sarthou’s dishes were clearly identified.

The first thing I looked for was the Pyanggang Manuk, the Tausug chicken dish covered in the spice mix called pamapa itum, grilled then boiled in coconut milk. It was one of the recipes Sarthou included in his presentation at the Madrid Fusion Manila last year. He had a video that showed how creating the sauce involved burning the coconut interior. 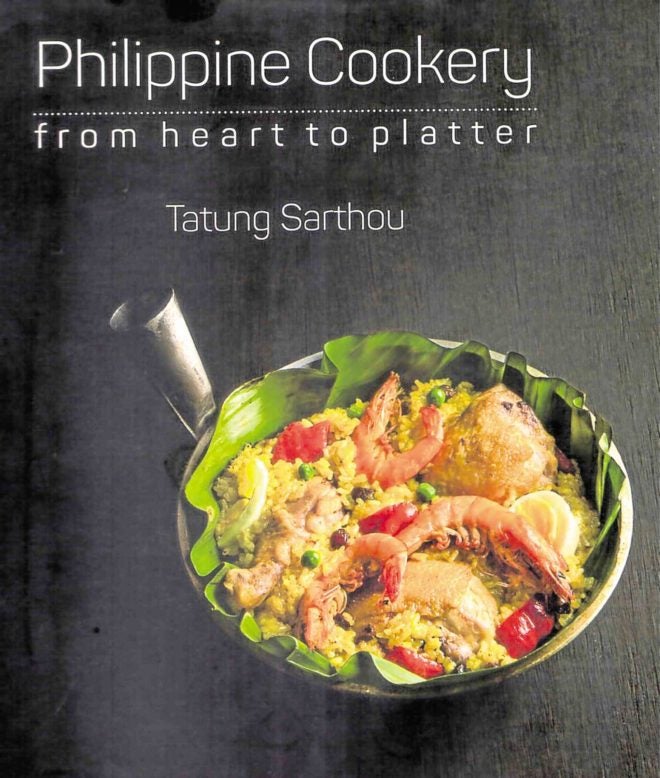 Also in the buffet was bringhe, the rice dish served during fiestas. It is much like the yellow rice of Southeast Asian countries, cooked in coconut milk, the color from turmeric.

Both recipes are in Sarthou’s book, “Philippine Cookery: From Heart to Platter” (ABS-CBN Publishing, Inc., 2016). It has traditional Filipino dishes and classifies them according to methods of cooking such as steaming, frying, grilling.

It was bringhe that Sarthou demonstrated for guests at Taal, part of the launch of his new book, “Rice to the Occasion” (Foresight Book Publishing and Distributing Co., Inc., 2017). He showed how it can be done simply even if it is for fiesta cooking. The book recipe said bringhe can take only 10 minutes of prep time and 35 minutes of cooking time.

Sarthou seems to be always on the go with several simultaneous projects, whether books, TV specials, talks like the ones he did at Madrid Fusion in Spain and in Manila, and, of course, cooking for a food festival.

My first meeting with him was about an article on Sagada which I wrote for Food Magazine. He was a resource person because he stayed in Sagada—not to cook, but as one involved in raising and marketing trout. That worked for a while, until the project’s main man decided to destroy the trout farm.

The meeting happened at his then restaurant, but Sarthou’s restless feet has led him from place to place, rather than settle in one restaurant kitchen. 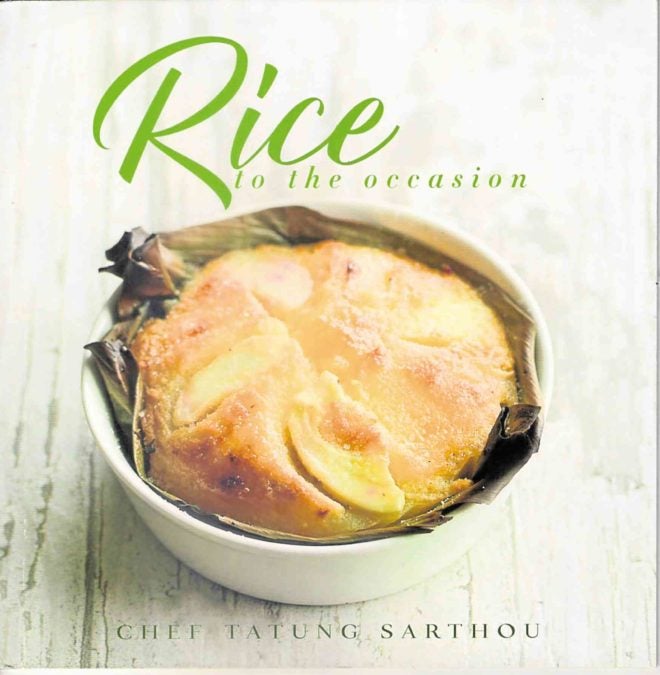 Sarthou is the opposite of his friend, Jayme Natividad, who is chef at Taza, the garden-to-table restaurant of Taal Vista Hotel. Natividad has settled down and enjoys the slower pace and cool weather of Tagaytay. He loved Sarthou’s pyanggang sauce.

My weekend at Taal Vista was also a time to again taste Natividad’s cooking. Blue marlin, which he cooked simply, allowed the fish’s freshness to be relished.
Of course, the salads are a must in this upland place, where the greens thrive in the cool weather. It was a relaxing, flavorful dinner. We talked late into the night.

A walk in the early morning to the hotel’s garden showed two of Cavite’s edible plants— the ternate (blue pea) flowers in full bloom, and the lush unsoy, the dill-like version of the cilantro (wansuy).

Sarthou said he will have another book out this year. It just shows how energetic he is, though, sometimes, you wish he could stay put for a while and just cook.