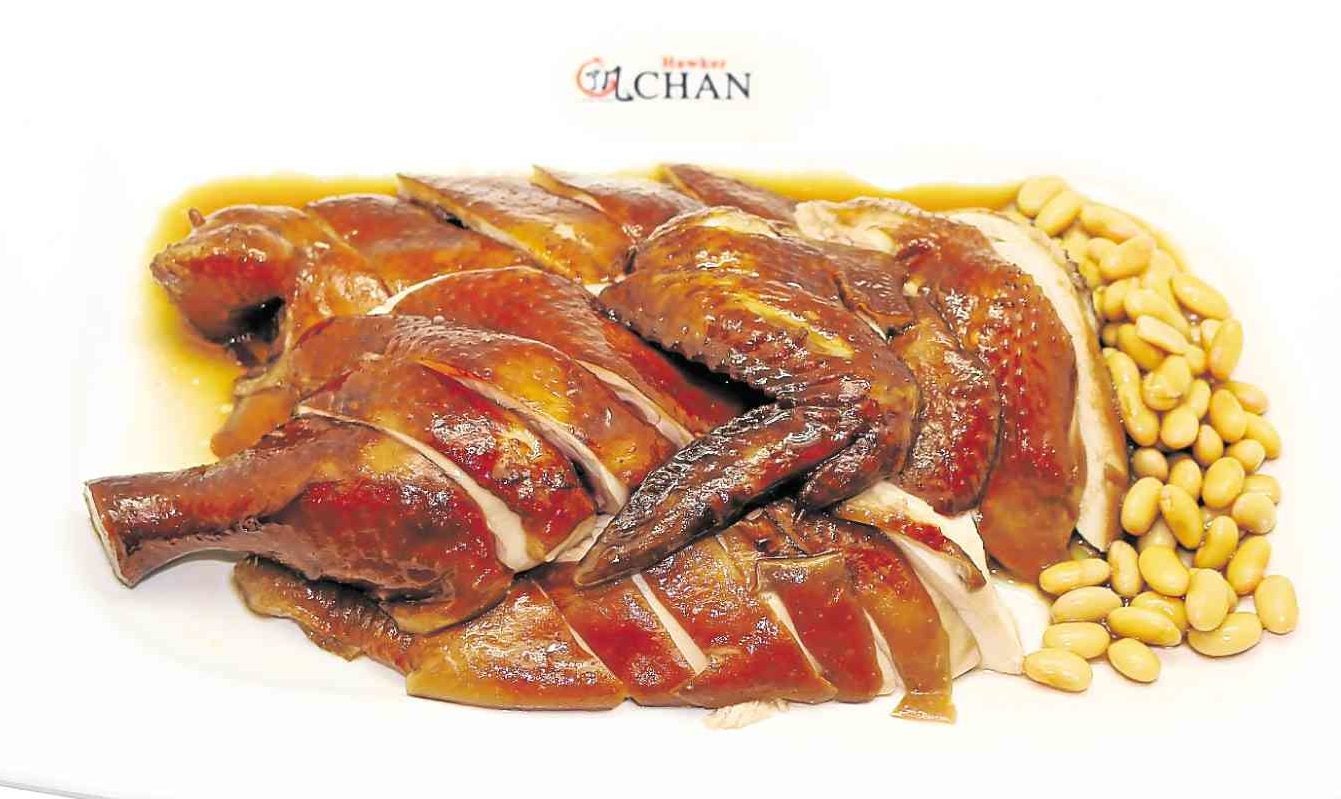 It’s time we said goodbye to rainbow-hued beverages, sushi burgers and dewdrop cakes, to welcome a slew of new dishes. Here’s what you can expect in food this year.

The world will continue to discover and enjoy lesser known items from the Asian pantry. If, in 2017, people patronized turmeric, quinoa and pickles, this year chefs will experiment with lotus root. It bites like a pear and absorbs flavors. Whether braised or fried, expect the white crop to show up in many restaurant dishes this year.

Foodies love discovering spicy new ingredients. Previously it was sriracha, now it seems all eyes are on Korea’s gochujang. With more people wanting to have healthier guts, fermented food, like this spicy paste, will become more popular.

Matcha has been around for quite a while, practically every dessert has been infused with this tea flavor. This year, something new will paint the town green.

Pandan, the “vanilla of Asia,” is creeping into the kitchens of the United Kingdom and being turned into ice cream and pancakes. Celebrity chef Nigella Lawson has proclaimed it the hottest new food trend.

Another wave of restaurant openings is bound to create a ripple effect on Manila’s food landscape. Last year saw the opening of a lot of food parks, giving first-time entrepreneurs an avenue to test their concepts. This year will be about food halls, some of which are set to open by midyear.

Corner Market at the Podium is expected to welcome guests by the end of the month. It’s themed like an indoor farmers’ market, where fresh produce will be sold alongside cooked dishes. Salads will sit beside an herb and flower vendor, a butchery next to a grilled meat shop and a premium dampa.

Also in the mix are new and established brands like Birdhouse, Calderon and El Chupacabra doing small formats.

The new Philippine Stock Exchange at The Fort will house another food hall. Organized by FooDee Global Concepts, the Food District Signatures will be a 2,000-square-meter dining space with well-known food brands presenting a curated menu of just five of their best-selling dishes. It is located along 5th Avenue in BGC.

The new wing of the Power Plant Mall will unveil The Grid, a concept developed by the Tasteless Food Group and Hydra Design Group. Some of the country’s most recognized chefs have been gathered to cook familiar and more casual food items. The food hall is situated on the second floor, conveniently located beside a co-working space and directly below the cinema.

The last one is a food hall featuring everyone’s Japanese favorites, backed by a big Japanese corporation and, at present, still scouting for possible sites.

Diners will be spoiled for choices as new concepts and restaurants—apart from new branches of old favorites—open this year.

One of the most anticipated is Hawker Chan, which will offer Cantonese-style soya sauce chicken rice, dubbed the “best cheapest meal in the world.” This is in line with Eric Dee’s efforts to bring value-for-money Michelin-star restaurants to Manila.

By introducing all these awarded restaurants into the local scene, Dee hopes that his group, as well as other players, can learn from the operators in terms of quality and consistency, and further elevate the standards of the industry.

Dee will also open the 50th branch of Mesa, more Pound and Sunnies Café branches, and the first Bench Café, set to open at High Street South BGC before the end of January. Another one of his projects is The Steak Room, which will offer old-school steak and prime rib.

Happy Ongpauco-Tiu of the Happy Concepts Group is preparing for three big projects this year. First is Gourmet Republic, a food hall in Salcedo Village featuring specialties across all her food brands, namely, World Topps, Bento Box, Pamana, I Love Backyard BBQ and Tsokolateria. She will also launch Mom Made, her line of ready-to-cook healthy dishes.

But most exciting is The Dining Room, her private dining concept that will showcase her cooking and styling skills.

The Tasteless Group, meanwhile, is opening three stores by month’s end: Pizza Express, a London import serving freshly made pizzas; Bad Bird, known for umami fried chicken which started at the Century City Mall and has since expanded to SM Megamall and Serendra; and Cuba Libre, which will serve typical homemade Cuban dishes like albondigas, picadillo and adobo, paired with flavored rice and sides such as black beans, sweet potato fries and fried plantains.

Vask Tapas Room will cease operations this month, but the space, along with Vask Gallery, will be refurbished into new restaurants to allow chef Chele Gonzalez and his equally talented partner Carlos Villaflor to whip up dishes inspired by their recent travels and food discoveries. The yet unnamed project will reopen by the end of the first quarter.

This is also the case over at the new wing of the Power Plant Mall, where Paul Boulangerie, Sumosam, Akira, Cafe Mary Grace, Bake Cheese Tart, Mighty Quinn, a rebranded Draft Restaurant and Brewery, Mesa and Ippudo Ramen (which will come with a whisky bar) will open soon.

The Moment Group, which opened the Din Tai Fung Xiao Long Bao bar at Rockwell last December, will have another offshoot of one of its brands. Ooma Aburi Bar, a sushi-driven concept, will soon open in Salcedo Village, Makati. The group is also working on a new grab-and-go project.

Adding a dash of creativity to the humble French fry is PomPoms, which uses fresh (not frozen) potatoes, cut and fried upon order, and flavored with a range of sauces, powders and toppings like homemade longganisa and pulled pork.

Crisp on 28th is shutting down operations to give way to the Southeast Asian diner Pink Panda. Little Flour is opening another branch in Makati, while Wildflour Bakery + Cafe is crossing over to Rockwell, taking over what used to be Solstice Restaurant.

Raintree Restaurant Group’s Stella and Rocket Room in BGC will now be taken over by two new homegrown concepts, still by the same operator. They will now be Friends and Family, an ode to Filipino food of the ’70s and ’80s; and Coconut Club, a local bar with a tropical feel.

Three years after opening Purple Yam in Malate, Amy Besa and Romy Dorotan will have a new shop in Makati with a different name.

Ba Noi’s in Kapitolyo, which has been idle for most of 2017, will be rejuvenated and converted into Ba Noi’s + Ca Phe, offering not only banh mi (Vietnamese sandwiches) but also bold brews.

Locavore will open its third branch at Central Building along Valero Street in Makati.

Chefs Robby Goco and Myke Sarthou have teamed up, along with artisanal baker Gretchen Consunji-Lim, to open Juanh-Mi at Greenhills Theater Mall.

They will start serving Pinoy-Vietnamese dishes such as balbacoa pho, black inasal bun cha, and libations with a hint of nuoc cham (fish sauce).

Over at SM Aura, La Mère Poulard, a restaurant celebrating traditional gourmet food, will have its grand launch this month. Originating from Mont-Saint Michel, France, and with branches in Japan and Korea, the legendary restaurant is famous for its omelet, among many others.

Tokyo Milk Cheese will finally have its own cafe. It started with cheesecakes before offering soft serve ice cream several months ago. This year, it’s adding another item to its range, the Cow Cow Milk Pie, which is akin to a cream puff.

Ginza Kagari is also setting up shop in Manila, giving us a chance to enjoy its much-raved-about tsukemen and tori paitan.

Wafu in Greenhills, meanwhile, will close to make way for a new kamameshi project.

Hey Handsome’s Nicco Santos and sous chef Quenee Vilar will have another avenue to showcase their talent in Asian cuisine with Essential Goodness, their new restaurant on the rooftop of Lub D hostel in Poblacion. It offers a mix of northern Thai, Cantonese and Indonesian dishes. By 6 p.m., the place transforms into a bar named Essential Goodness for the Pilgrims.

Chef Josh Boutwood, whose Test Kitchen was among 2017’s top restaurants, will hatch two new restaurants at the Arya Residences in BGC.

The first is Savage, which aims to reinvent our experience of the grill. Boutwood said he will rely on pre-industrial basics, using embers, smoke and the open flame, to create flavor, texture and appeal in his dishes.

The second is Helm, a 12-seater restaurant and interactive theater hidden inside Savage, operating with a 12-course tasting menu.

“I would like Helm to lead the way—to drive forward the idea of what dining can be and should be,” said Boutwood. —CONTRIBUTED