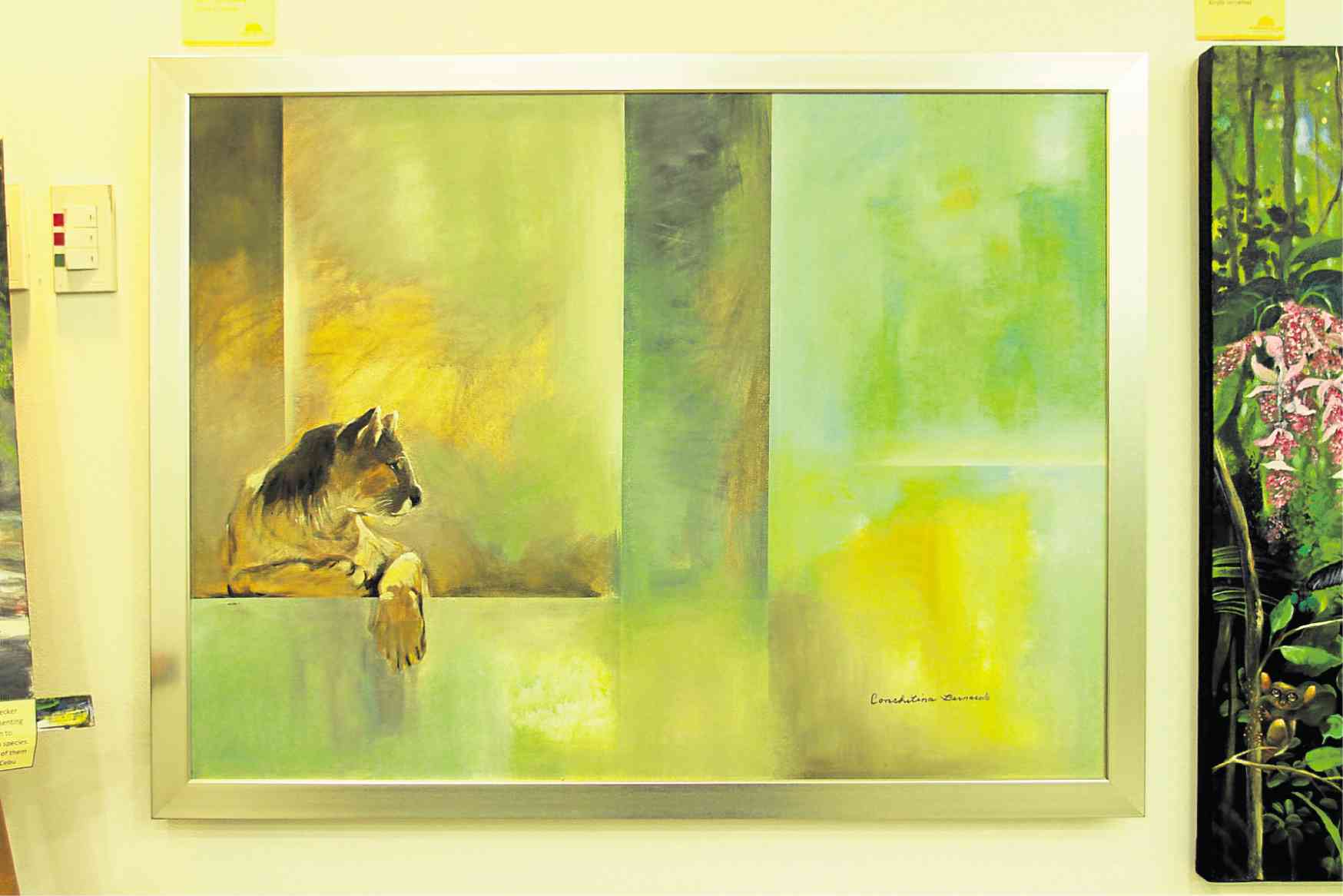 For many years, Conchitina Sevilla Bernardo defined her life as a model, a pioneer in the country’s first finishing school, a doyenne of social graces, an editor, an author, a diplomat’s wife and a civic leader. When those tasks ended in retirement, life seemed to lack of purpose.

However, over the past two years, Bernardo has been developing her painting skills at Sunshine Place, a hub for people of a certain age. Art has not only given her a sense of achievement, but has also become her medium for reminding Filipinos about endangered species.

At 16, Bernardo went to Paris to take up a college preparatory course which included social refinement and the arts. She studied medicine until her junior year in Spain.

Back home, she and her best friend Marilou Mabilangan (who later became Bill Clinton’s deputy director for the Presidential Personnel Office in the White House) established Karilagan in the ’60s. It was the first finishing and secretarial school accredited by the Department of Education.

Bernardo had been a resource person on visual poise and personality development, and was a consultant for training the cabin crew of Philippine Airlines. Then there were the editorship at a weekend supplement and writing books. One of her most fulfilling years was joining husband Lani when he was appointed ambassador to Spain.

Upon their return, Bernardo was asked to revive the Makati Medical Center Foundation, established by founders of the hospital, among them her father, Dr. Carlos Sevilla. As the foundation’s first president and executive director, she organized the program on adopting government hospitals, showing the proper use of funds and how to improve management. The program had been successfully replicated in other government hospitals.

One day, an incident stirred up her passion for conservation. Fifteen of the oldest Cordillera pine trees in front of her Baguio residence were felled due to an epidemic. Beetles were infecting the trees.

A member of the Pine Cone Movement, Bernardo became involved with the Department of Environment and Natural Resources in the preservation of endemic trees, and adopted a forest in Baguio. She lamented the burgeoning population and construction that have been wreaking havoc on the earth.

Bernardo recently started researching on the internet on endangered species and environmental protection, and discovered online communities that shared her passion.

Meanwhile, her husband urged her to retire from her foundation work to lessen pressures. But she engaged in vigorous exercises such as classical Pilates and gym training, until these were disrupted by arrhythmia or irregular heartbeat, and chest compression. With a pacemaker, she could no longer engage in intense exercises.

Bernardo, who has maintained her China-doll looks, candidly revealed her age only to friends. At a later stage in life, one feared that an active lifestyle could suddenly be taken away by an ailment.

Two years ago, a friend from her prayer group recommended tai chi, a Chinese martial art that harnesses one’s energies, at Sunshine Place. Bernardo said the gentle exercises restored flexibility in her joints and had controlled her knee pain.

She chanced upon the painting classes on the second floor of Sunshine Place. Initially, she was hesitant to take up the brush.

In her early 30s, she took Chinese painting lessons. The teacher dismissed her, implying that she lacked talent. “It felt like a dagger through my chest,” recalled Bernardo.
Her current mentor, Fidel Sarmiento, president of the Art Association of the Philippines, believes that each human being has an inner artist waiting to be unleashed.

Bernardo had since done portraits, copper and gold leaf, abstract and representational works. Every fortnight, a student gets to display artworks at Sunshine Place.

One of her biggest paintings, “Nanganganib (Endangered),” depicts a forest with a tarsier, Luzon peacock butterflies, a spotted deer, a Palawan peacock, a red veiled cockatoo and endangered plants such as the jade vine, the pitcher plant and the waling-waling orchid.

She read up on these species and was appalled by how they are pillaged and sold for greed.

Still, the painting shows shafts of light from the clearing—symbols of hope.

Set against a waterfall, the “Cebu Flowerpecker” painting shows a little girl in awe of this little bird, said to be one of the 10 rarest in the world but now on the verge of extinction. The bird is telling the younger generation to preserve endemic species.

“Raggiana Birds of Paradise” reveals the beauty of Papua New Guinea’s national bird, and also Bernardo’s deft painting technique. Her mentor taught her how to add visual depth through the gradation of color from dark to light, how to use the sponge to create texture in leaves, shrubs and plants, how to highlight the leaves, and make lush and elegant bird feathers with a very fine brush.

“Since I can’t walk much anymore, I bring the forest to me,” said Bernardo.

Her “protest” work is a series of bleeding-heart doves against a landscape ravaged by kaingin, the slashing and burning of trees and bushes to clear land for cultivation. The molding paste and palette-knife strokes make the colors rise from the canvas.

She told of her happy accidents. In one work, paint drippings became the horse’s mane. In another, gold leaf paper cracked to reveal the black surface of the canvas, creating a classic, time-worn look.

Bernardo had developed some signatures. Children’s portraits would always include nature, flowers or little animals. Forest scenes would always feature light peeking through the dark canopy.

She said Sunshine Place had become her happy place, what with her tai chi, painting and bonding over healthy meals at Happy Garden Café.

She added that throughout her career, the left hemisphere or the logical side of her brain had been on overdrive. Now she is finding balance in developing the right side, which is wired to intuition and art.

Always a model, Bernardo is an inspiration on how to mature gracefully with a mission.
—CONTRIBUTED