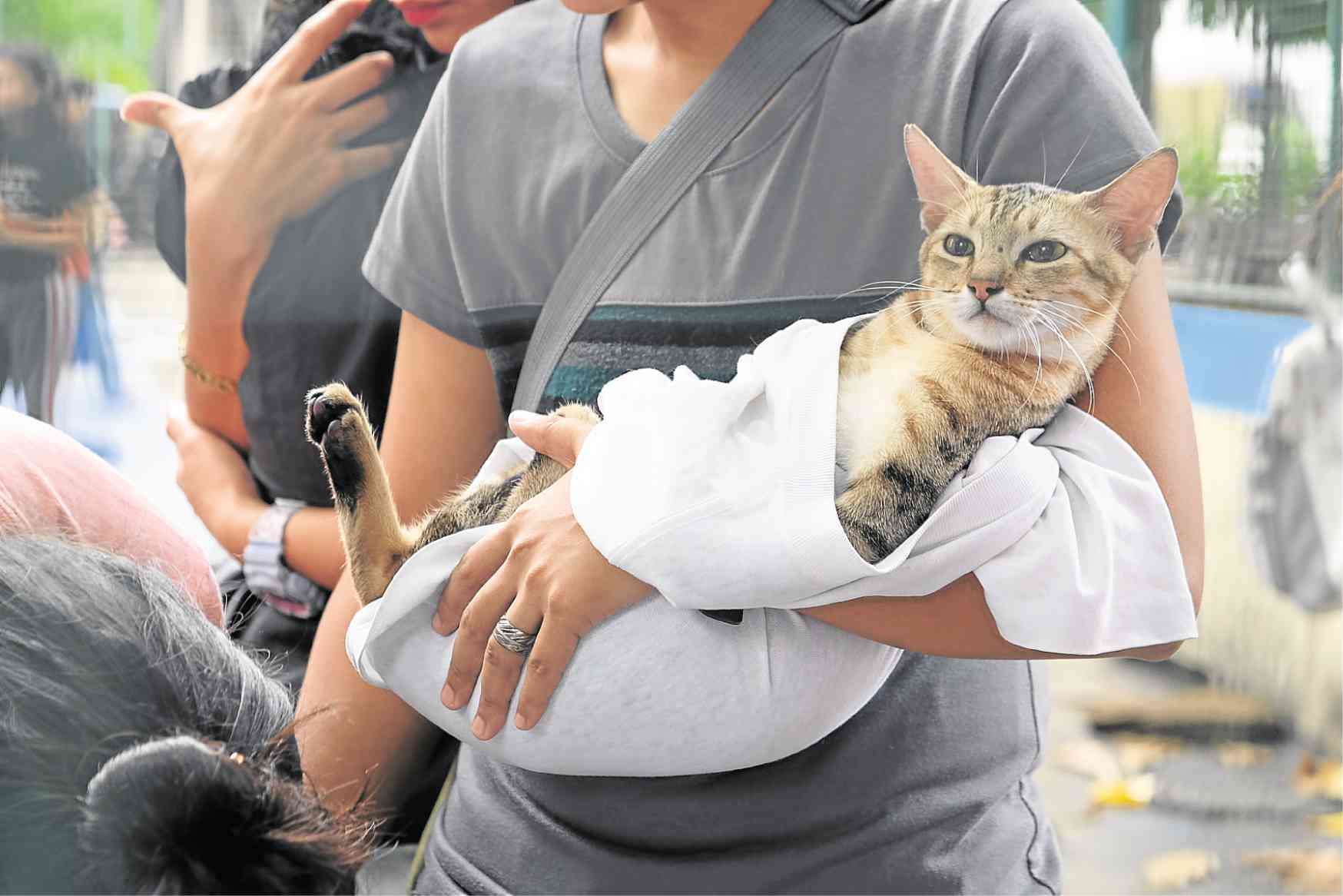 During an outreach project of the Philippine Pet Birth Control Center Foundation Inc. (PPBCCF), founder and veterinarian Dr. Maricelle “Mace” Licuanan overheard some beneficiaries say, “It’s a good thing a rich lady donor made all of this possible.”

“I’m not rich!” she protests with a laugh. “We raise 10-15 percent of what we need for our projects through social media. Sometimes we just buy one-way tickets to a destination—not a good idea, I know. But we get by.”

You could forgive the comment if the speaker saw Doc Mace (pronounced Ma-sé) in person. If not for her work wear of jeans, T-shirt and sneakers, the beautiful, statuesque doctor could give any “It” girl a run for her money.

Yet, her persuasive tone of voice belies a steely determination, and it’s the combination of manner and mission that seems to have allowed her to zoom in, with much success, on a specific area of animal welfare: spaying and neutering.

“Animal welfare groups take care of rescues, adoptions, animal cruelty, as well as spaying and neutering. For us, this is all we do,” she says.

This is because the 39-year-old veterinarian and graduate of Gregorio Araneta University, one of the country’s leading veterinary schools, had one overarching goal when she established PPBCCF in January 2017: to help end rabies, and to do it by minimizing the number of stray dogs—and occasional cats—that are the carriers of the deadly disease.

According to the World Health Organization (WHO), rabies kills some 200 to 300 people a year in the Philippines, which remains one of the Top 10 countries where the disease is still a public health problem. A third of these deaths are children aged 15 and below.

This, despite Republic Act No. 9482, the Anti-Rabies Act of 2007, which demands “a system for the control, prevention of the spread, and eventual eradication of human and animal rabies.”

“It’s really hard to convince the government and society of the importance,” says Doc Mace. “Rabies eradication would be key to animal welfare in the country. I believe we have too many strays, and that’s the root of everything. When the population is too big, they’re no longer seen as pets, but pests.”

And that leads to more drastic, less humane measures, like euthanizing even healthy stray dogs and cats, or the abuse of stray animals in general.

Doc Mace, a practicing vet since 2012, opened her clinic, the Mandaluyong Animal Care Dog and Cat Hospital, in the city where she was born and raised. She and her team of young vets, including six veterinary surgeons, have come to “specialize” in spaying and neutering, handling 30 to 50 cases a day.

“It’s a pretty basic procedure, and if you’re not used to it, you will have difficulty doing other surgeries,” says Doc Mace, who can neuter an animal in 10 minutes—though she admits she’s too anxious to operate on her own pets.

The clinic offers low-cost neutering via her subsidized “Kapon-affordable” program, at only P1,000 for dogs and P500 for cats. A few years ago, she and her team were already offering free spaying and neutering for indigents in barangays, via a project called “Kapon-dasyon.” PPBCCF has just brought the work to a national level.

And nationwide it has indeed become. In 2017, PPBCCF was in some 10 provinces, from Cebu to Aklan and Cavite, and counted over 10,000 dogs and cats neutered.

Thanks to PPBCCF’s growing reputation, city vets are the ones who now call the foundation for assistance. All Doc Mace needs is a space, and she brings the medicines and equipment. On a good trip, three to four surgeons can operate on as many as 500 animals.

Doc Mace admits that it’s difficult to draw the line between her practice and her advocacy, which has had other veterinary and welfare groups sometimes questioning her agenda. PPBCCF holds office in a used container van behind the clinic, and she’s perpetually in danger of running her business to the ground. “I do get burned out,” she admits. “But I also know that I am quite blessed, so I’d like to give back to the practice that has given me so much and helped me raise my family.”

Married to businessman Percival Resurreccion, Doc Mace is mother to four young boys; her second is already determined to become a veterinarian when he grows up.

“I guess they can see the passion I put into this,” she says. After all, she grew up with a veterinarian and a marine biologist among her older relatives. Her own family lives in a house with 14 pets, many of them rescues.

Incredibly, some 75 percent of the stray dogs wandering around some cities actually have owners, Doc Mace estimates, who just don’t know any better and allow their pets to roam and be exposed to dirt and disease.

The Anti-Rabies Act outlines the responsibilities of pet owners, which include having dogs vaccinated, needing to “maintain control over their dog and not allow it to roam the streets or any public place without a leash,” and being “a responsible owner by providing their dog with proper grooming, adequate food and clean shelter.”

With people’s lack of resources or simple unwillingness to follow such edicts, mass spaying and neutering seems to be a viable solution.

As a foundation, PPBCCF can now apply for grants and accept donations. Doc Mace jokes about asking friends and clients to just donate anesthesia to the foundation for her upcoming birthday. She was in Japan last year to observe spaying and neutering projects, and will be off this month to train in Mexico.

She is happy to note, however, that more pet owners, from all socioeconomic classes, are realizing the value of spaying and neutering to keep beloved pets healthy. At their outreach programs, she is touched to see owners patiently watching over their dogs and cats until the animals wake up after surgery.

Ultimately, her work could also mean saving human lives. In one close call, upon Doc Mace’s insistence, a family dog was tested and found to be positive for rabies. “The mother kept thanking us, because the dog slept beside her only child. The child could have easily been infected. A death from rabies is a senseless death.”

PPBCC and the Mandaluyong Animal Care Dog and Cat Hospital are at 155 Boni Ave., Brgy. Plainview, Mandaluyong. For inquiries on spaying and neutering, call 9495941; e-mail [email protected] or visit ppbcc.org.