No static at all–Black Cows going places: from 19 East to ’70s Bistro to Johnny B. Good | Inquirer Lifestyle ❮ ❯ 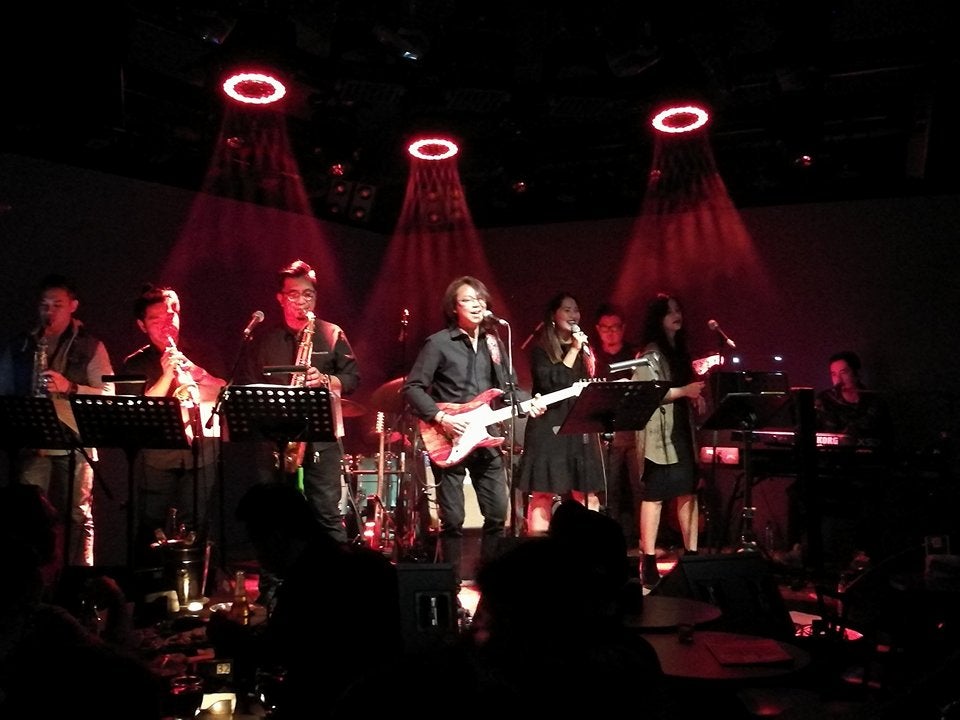 No static at all–Black Cows going places: from 19 East to ’70s Bistro to Johnny B. Good

The Black Cows—a nine-member band that keyboardist Wowee Posadas formed as a side project to play the music of American group Steely Dan and its former cohorts—is going places. From the Black Cows’ homebase, 19 East, incidentally Posadas’ own bar and restaurant where it’s scheduled to perform again on Jan. 21, the band is likewise booked on Jan. 25 at ’70s Bistro in Quezon City, and Jan. 27 at Johnny B Good (formerly Hard Rock Cafe Makati).

This is a welcome development, because it will allow more people to appreciate what the Black Cows stand for: world-class musicianship.

Lalimarmo, for instance, was formerly with Side A, Artstart, South Border, and had released his own solo album.

Suzara had a long stint overseas with the band Drizzle with DNA, playing at Hard Rock Cafe Singapore, Thailand and Malaysia.

De Leon had been a member of South Border and currently plays with Crib.

Tomas’ former bands included Parliament Syndicate and WDOUJI. After stints with a number of jazz bands, he has formed the Ronald Tomas Nonet.

Galvez, Gail and Gibson Viduya were together as members of Natural High. Gibson had also played drums with South Border.

Posadas, a former member of Parliament Syndicate, had stints with Wally Gonzales and plays with other artists.

Since December last year, when the Black Cows debuted onstage, many fans of rock-jazz—which Steely Dan had painstakingly explored to studio perfection—have been flocking to 19 East where the band regularly plays.

There have been discussions among the audience that, for the Black Cows to remain fresh-sounding and interesting, it may consider adding to its repertoire songs by other bands that rose to fame alongside Steely Dan.

I think, for now, it will be great if the Black Cows can add more tracks from Steely Dan, whose discography is so wide and varied despite consisting of only nine albums.

Here’s hoping the Black Cows can also play at The Smoking Joint (TSJ), a bar and restaurant whose owners are avid and knowledgeable music fans, especially Tony Fernando who plays drums in some of the gigs there.

On Jan. 26, TSJ will hold “Joint Sessions #1”—an event that will introduce two new flavored beers by Engkanto Brewery, with a live performance by the Bleu Rascals, currently one of the best blues and hard rock bands in the country.