Going gaga over K-pop: How a BTS superfan left home to live where her heroes are | Inquirer Lifestyle ❮ ❯ 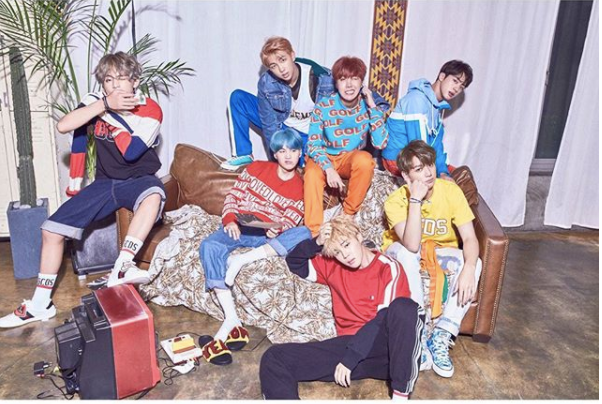 One BTS superfan fell in love with the boyband so much, she crossed a great distance just to be closer to them.

Scotland native Stephanie Fairfield took her fangirling to the next level when she decided to leave her home country and move to Seoul, South Korea.

The 23-year-old BTS fan remembered how her love for the seven-member boyband started, when she stumbled upon their song “No More Dream” on Youtube.

“I watched the video and from that moment I was hooked. It’s thanks to BTS I’m here,” Fairfield said in an interview with BBC.

Since moving in October, she has seen BTS twice. But Fairfield admitted that being in the “Army” (the term used to refer to the boyband’s fanbase) is hard, as she had to go through great lengths.

“There’s a waiting list and you have to buy X amount of merchandise to get in,” Fairfield said. “That’s especially the case if you want to go to fan meet-ups. You’ve got to have this album and that album.”

Because of her immense love for the band, she said she now comes across fellow fans who share her passion.

“Before I moved here I would only be able to talk to BTS fans over Twitter since nobody I knew in Scotland had even heard of them. But when I went to my first BTS concert I got chatting to [another fan] in the queue and now we have become really close friends and hang out a lot together,” she narrated.

Aside from her fangirling ways, she said she moved to the country to get an English teaching job at an elementary school, and is also learning Korean to “understand [their] lyrics and more of what [they’re] singing about.”

Despite being away from her family, friends and boyfriend Sam, she maintained that she did not regret her decision to be with her heroes.

And it looked like she struck gold, too. She uploaded this video on Twitter, for which BTS members greeted her. More importantly, she even got a flying kiss from her favorite member, Jin.

Not hiding her glee, Fairfield wrote that it was “truly the best thing that’s ever happened to me!”

Truly the best thing thats ever happened to me! Thank you so much @abipayet @BBCR1 @BTS_twt for everything! So grateful and happy right now💗 pic.twitter.com/kJF9v1cHjR

It was indeed a K-pop dream come true for this true blue fan. Katrina Hallare/JB