Could Manila have been spared? | Lifestyle.INQ ❮ ❯ 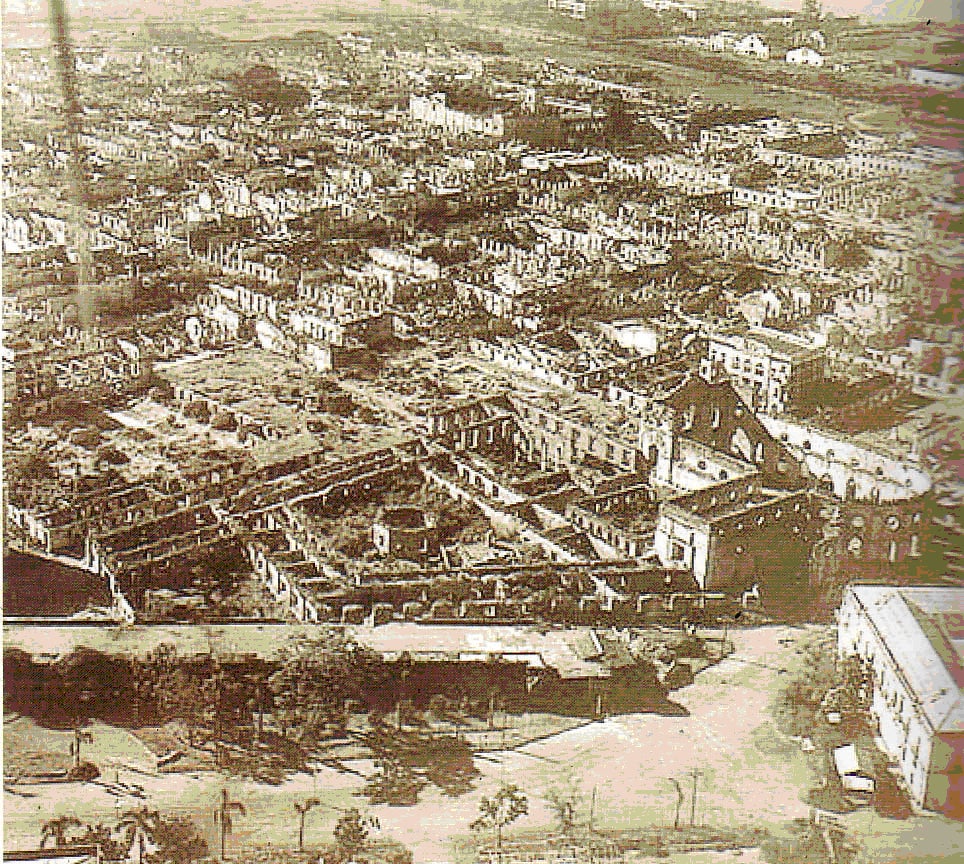 Manila laid to waste in the aftermath of the war, the worst devastated city in Asia.

Could Manila have been spared?

With the approach of the fateful month of February, the month of the destructive battle for Manila in 1945, a Facebook post raises the question: Could Manila have been spared of its terrible fate?

In the three months or so after MacArthur’s landing in Leyte, would it have been possible to negotiate such a deal? The examples of Paris and Florence are mentioned. 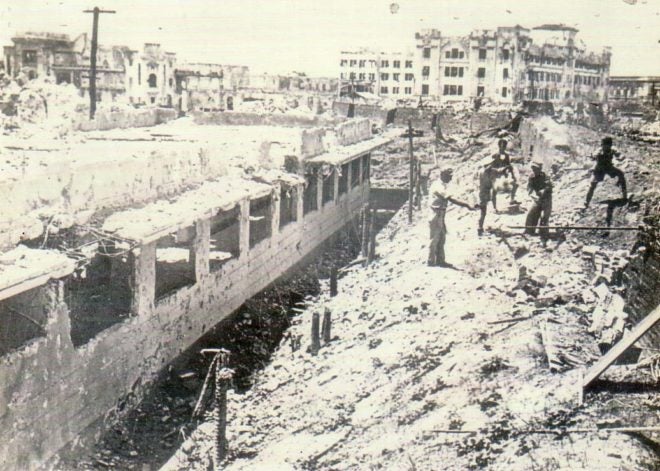 In addressing the question, it must be shown that the European cities were really saved by negotiation, and that in the Philippine case there were no actual negotiations with the Japanese, and what the Japanese military objectives really were.

Paris was spared not by negotiation but by the German commanding general disobeying Hitler’s order to burn the city. For this he was ostracized later by his peers.

In the case of Florence there was no plan to destroy the city. The focus was the crossing of the Arno River, and in particular the historic and picturesque Ponte Vecchio, with shops and residences built on it. To spare it, the German command required that the buildings at the northern approach be demolished, to allow a clear field of fire to meet anyone crossing the bridge.

In the case of Manila, there were actual negotiations. Filipino occupation officials, according to the memoirs of Philip Buencamino, pleaded with the overall Japanese commander Gen. Tomoyuki Yamashita to declare Manila an open city, as MacArthur had done in December 1941, and they prepared the relevant orders, but Yamashita rejected the plea.

What rational military logic was there in converting Manila into a battleground? To inflict American casualties? But the Americans lost only about 1,000 dead and 5,000 wounded while the Japanese lost their 16,000 Manila garrison. It was the 100,000 noncombatant civilians who were the principal victims, with 300 years of heritage and history in ruins.

Were the Japanese trying to deprive the Americans of the port facilities? The way to do that would have been to do what the United States Army Forces in the Far East (USAFFE)   did. In four months in 1942—block the entrance to Manila Bay.

Bataan all over again

This would have meant fighting the Battle of Bataan over again with the roles reversed. They would have lost but, would have achieved some delay. But the Japanese hardly put up any resistance there. Corregidor was taken while the battle for Manila raged. When it was over American ships could sail into the harbor freely.

There was no rational military objective to do battle in Manila professor Jose Antonio Custodio suggests that it was done as an act of dominance, like the Rape of Nanjing. But that was done when Japan was in its initial victorious phase, while Manila happened when Japan was already on the verge of defeat.

It could hardly have been sheer vengeance for valiant Filipino resistance because even neutrals like Swiss and Spanish were also killed. After the war the Japanese government had to pay them indemnity. Manila could not have been spared, it was ruined by Japanese viciousness

What did Yamashita accomplish in the February operations around Manila Bay? He failed to inflict serious losses on the Americans, he failed to deny access to the port facilities of Manila and caused his government serious diplomatic embarrassment by allowing his troops to massacre hundreds of neutral nationals, for which Japan had to pay indemnity.

This was in contrast to Japanese behavior at the Rape of Nanjing, when foreign enclaves were respected and even provided safe havens for Chinese refugees. Why did Yamashita fail to do the same in Manila?

Some writers regard Yamashita as an able military commander but his actions in Manila were those of a fumbling fool.–CONTRIBUTED

Benito Legarda Jr. is a historian and former deputy governor of the Central Bank of the Philippines.