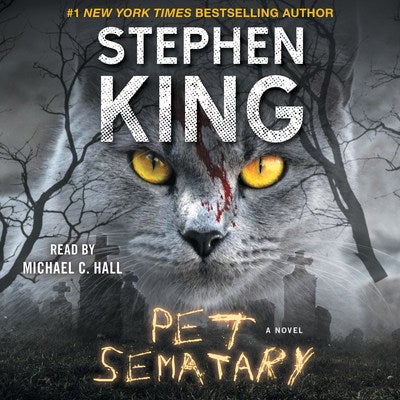 Actor Michael C. Hall is on board to narrate the first unabridged audiobook of Stephen King’s “Pet Sematary”, with release set for March.

A fan favorite, “Pet Sematary” was published in 1983. It follows Dr. Louis Creed, who takes a new job and moves his family to a rural town in Maine. Danger lurks in the seemingly idyllic town, stemming from a graveyard where generations of children have buried their pets.

“Readers have been asking for this audiobook for a very long time,” said King in a statement. “I know the listening experience will be worth the wait with Michael as narrator.”

Michael C. Hall is no stranger to the dark side. He is well-known for his roles as a serial killer in the Showtime series “Dexter” and as a mortician in HBO’s “Six Feet Under”. More recently, he completed work on “Safe”, an eight-part thriller for Netflix and Canal Plus, and appeared as President John F. Kennedy in Netflix’s “The Crown”.

Hall is also a frequent stage actor: recent credits include “Lazarus”, co-written by David Bowie, and “Hedwig and the Angry Inch” by John Cameron Mitchell.

The new “Pet Sematary” audio book with Hall’s narration will be published on March 27 in both CD and download versions. JB