What’s up with pink? | Inquirer Lifestyle 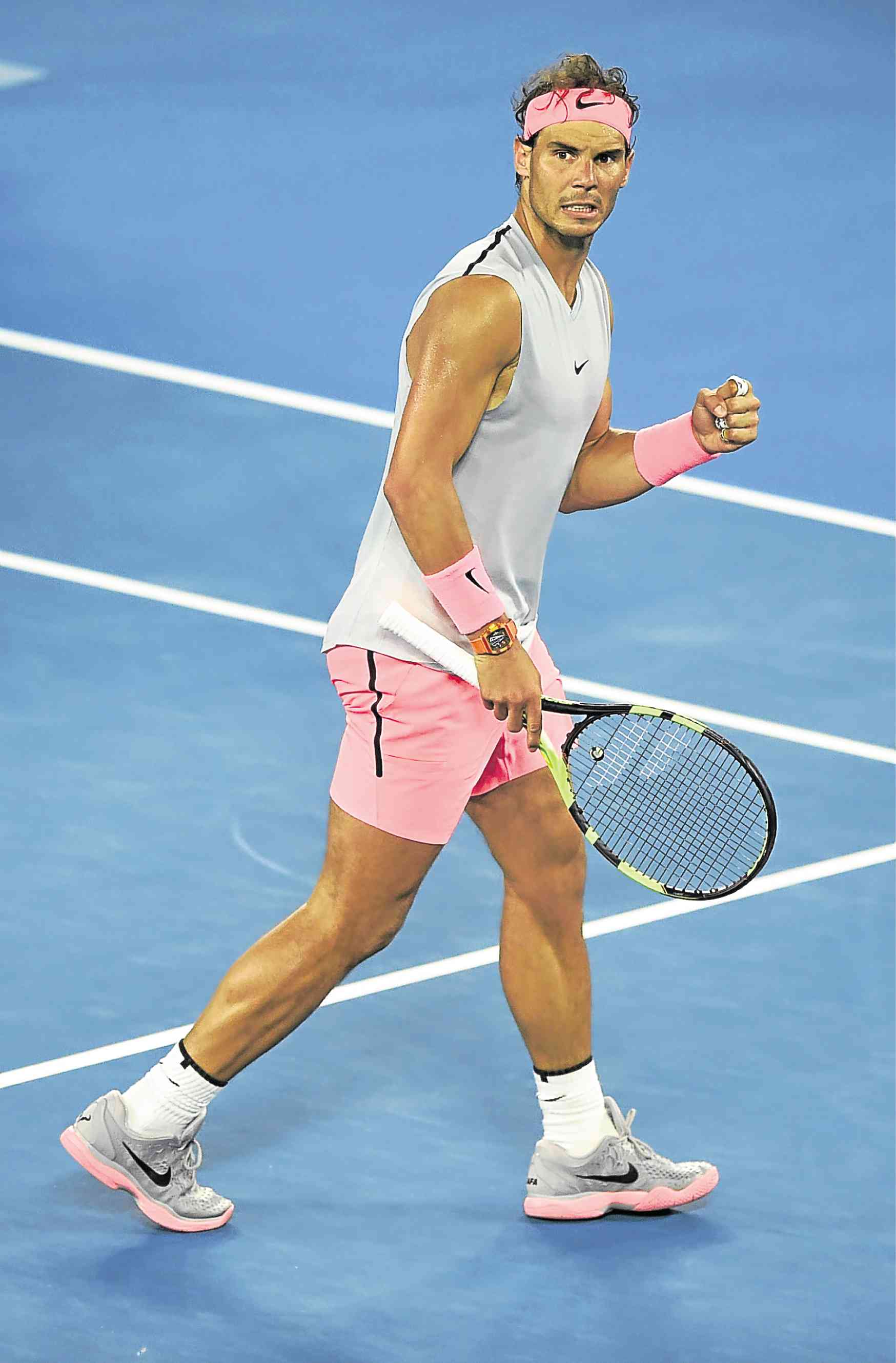 What’s up with pink?

When Judy Murray weighs in on something other than her athlete sons (both Grand Slam champions, doubles expert Jamie and former world No. 1 Andy, who’s sidelined from Down Under by a hip injury), her tennis wards and British tennis in general, you’ll know it’s a subject that’s ripe for the picking.

For the season’s first major tournament, that hot topic is pink, whose “sweet” connection has been pointed out first by Judy, a Scottish professional tennis coach with a caustic sense of humor.

“Kyle Edmund rocking the liquorice all sorts,” Judy tweeted while tuned in to the round of 32 match of the British ball-hitter ranked 49th in the world. She also posted a photo of Grigor Dimitrov in his pink Nike kit juxtaposed with an image of the real Liquorice Allsorts—the British brand of licorice candies with bold stripes, including the Bulgarian hottie’s highlighter pink and black colors.

Mama Judy later on deleted the Dimitrov Allsorts tweet (perhaps in deference to Andy’s friendship with tennis’ World No. 3), but that didn’t stop the comparison from spreading like wildfire.

To be fair, when you have the attitude and bearing of Maria Sharapova’s former flame, you can be forgiven for blinding the crowd and the TV audience.

As for the rest of the Swoosh Army on the men’s side, such as Juan Martin Del Potro, Nick Kyrgios, Frances Tiafoe and Thansi Kakkinakais, there remains a hot debate whether their official outfitter has served them well style-wise, or if they have just been left to bake in the Melbourne sun for the sake of, um, onscreen vibrations.

“We wanted something that vibrates when you see it onscreen,” said Sam Shipley, apparel design director for NikeCourt, in a statement on the sports brand’s website.

All that confusing pink—the shades of which remain a conundrum (Rose? Fuchsia? Blush? Salmon? Magenta? Punch?)—has been Nike’s solution to the time difference that prevents viewers elsewhere in the world from watching matches in their entirety, and thus limiting the exposure of its latest apparel.

“The challenge of designing for a quick impression is creating a simple, but instantly recognizable and bold design,” Shipley explained. “We utilized dynamic geometric shape and flooded color to grab the viewer’s attention.”

Is it unfortunate then that the Philippines’ time difference with Australia is compatible for watching the tournament?

Good thing Nike had their ladies dressed to impress with pastel pinks and mesh details on separates, as worn by Canadian Eugenie Bouchard and Ukranians Elina Svitolina and Marta Kostyuk.

And because superstars like Roger Federer, Rafael Nadal and Maria Sharapova still call the shots on what they want to wear, our eyes are given moments of reprieve.

The Swiss ace sporting all white with only a smattering of bright pink, the Spanish King of Clay taming the neon with gray and the comebacking Russian Steel in a lilac-ish number— that’s about all the rosiness from the Plexicushion blue courts we can take on this Australian Open.