Move over Isabelle, now even you can own a Michael Cinco | Inquirer Lifestyle 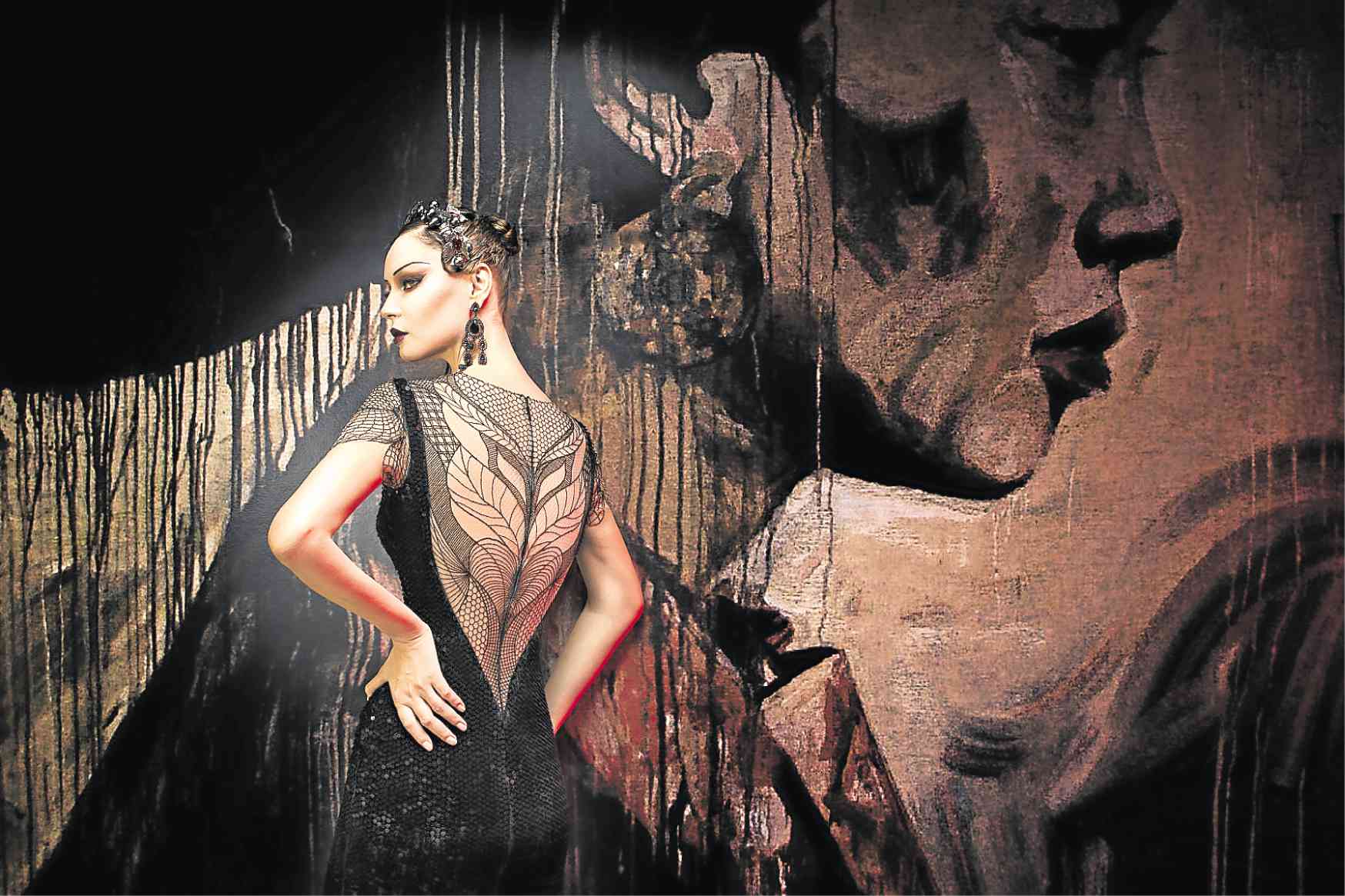 High drama from Michael Cinco: sequined dress with low back and lace detail

Move over Isabelle, now even you can own a Michael Cinco

For close to 20 years now, the Dubai-based Filipino designer has been known for elaborate evening gowns filled with intricate details. He has dressed Hollywood swans, international celebrities and beauty queens—
but his latest client couldn’t but put him on the radar: Isabelle Duterte.

People were still talking about the grand wedding of Dr. Vicki Belo and Dr. Hayden Kho, for which Cinco did Belo’s wedding ball gown, when the granddaughter of President Rodrigo Duterte decided to tap Cinco to make her an ombré ball gown for her debut party last week.

Before this, Victoria Swarovski, heiress of the iconic brand, wore a Michael Cinco for her wedding in Italy last June—said to be the most expensive celebrity wedding dress of all time, with a six-meter-long detachable train and 500,000 Swarovski crystals all over the dress.

Now women who have been dreaming of owning a Michael Cinco creation could fulfill that dream when the first Couturissimo store in the country opens today at Greenbelt 5.
Originally an online shopping site when it opened in Paris two years ago, Couturissimo was marketed as “a bridge between couture and ready-to-wear.”

The multidesigner brand, conceptualized by the Asian Couture Federation, collaborates with three other couture (made-to-measure clothes) designers around the world. The Greenbelt selection will include these collaborations.

“Since we launched Couturissimo, it has always been my dream to bring it to the Philippines, a place that means so much to me,” Cinco told Lifestyle in an e-mail interview.

“We had an incredible reception to the collection when we debuted in Paris couture week, and since then we have been expanding our footprint across the world. I’ve always been sure that the Philippines is the perfect place for Couturissimo, as there are many beautifully dressed women here. To give them greater access to my work made absolute sense.”

Cinco designed his collection with the modern woman in mind, characterized by versatility and diversity.

“I created a range of looks, from elegant day wear and cocktail dresses to standout pieces for the red carpet or glamorous dinner. There are gorgeous long dresses and sexy short ones, and everything has been made to the highest standard,” the designer said.

There are detailed lacework, embroidery and glitter.

Since the spirit of Couturissimo is a couture collection at accessible price points, many of the clothes in the store go from P19,000 to P32,000. There will also be some that are priced at around P57,000.

“The world of fashion has gone through some major changes in the last few years, and this is especially the case with couture. Social and digital media has enabled women across the world to appreciate it in a way which was never possible before, and I think many women are looking for something different and unique for their wardrobe,” Cinco said.

“Couturissimo is an exceptional opportunity for today’s savvy consumer to own garments designed by iconic couture designers,” he added.

Afraid of bumping into another woman wearing the same dress? Cinco said that while there will be a broad range of sizes available, they will be limited, “in keeping with the spirt of couture.”

“There will certainly be something for every occasion, but we also wanted to maintain that sense of selectivity, as well. It has to be special,” he said.

“I am delighted to have been one of the first to have collaborated with this exciting new brand. It has been an incredible journey in translating my vision and ideas into collections that I believe will reach out to a new and modern generation of couture fans.”