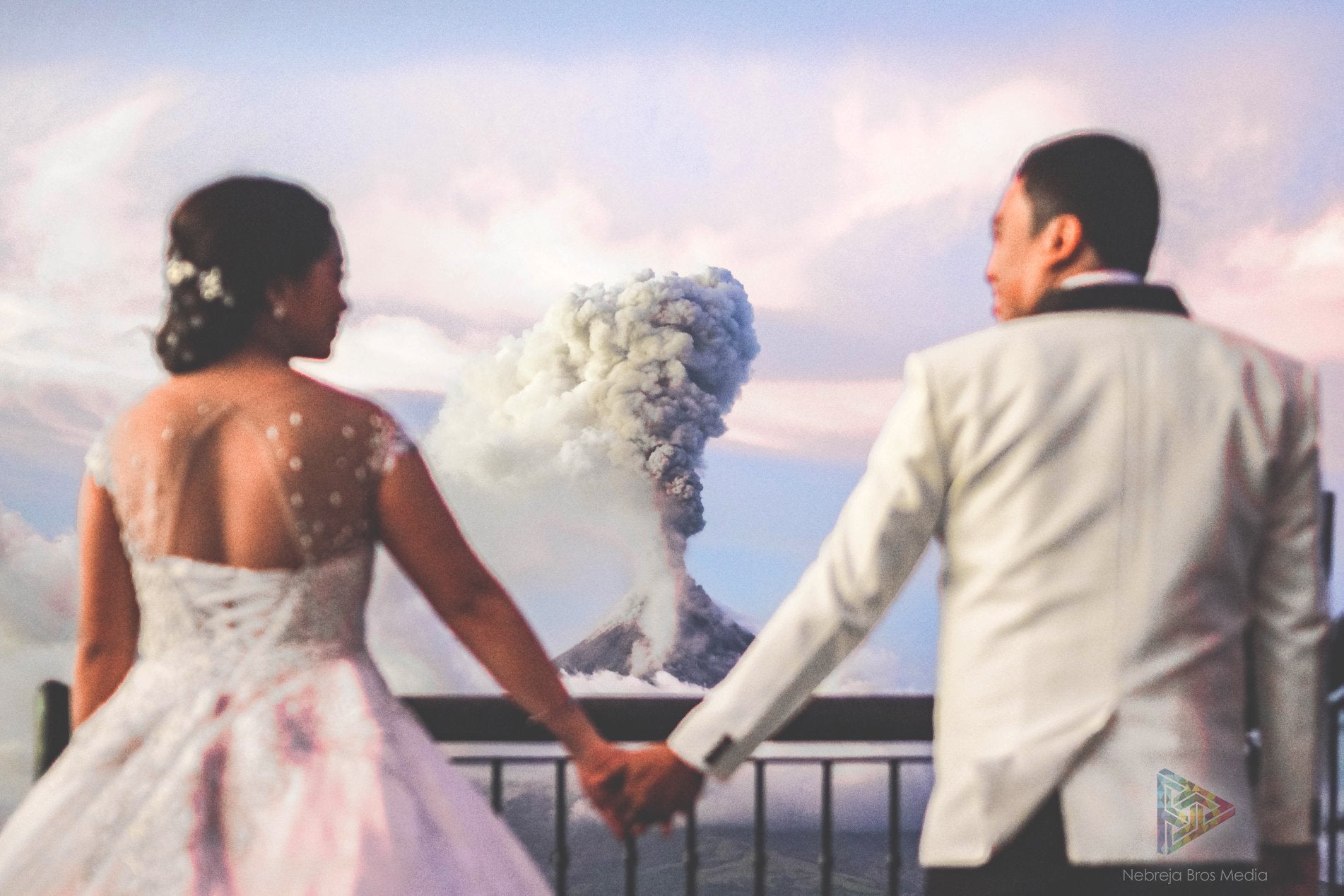 A photo shoot was just about to end for a newlywed couple in Albay when the majestic Mayon volcano erupted.

In an exclusive interview with INQUIRER.net, 23-year-old wedding photographer Franklyn Deo Nebreja said that it was a “spontaneous” moment for the post-nuptial shoot held at the Red Labuyo restaurant in Daraga town near Legazpi City.

Nebreja, a resident of Camalig, Albay, said he anticipated an eruption, given that his town had been affected by the ash fall.

While he didn’t necessarily expect it in the photos taken on Thursday, the iconic volcano was always going to be part of the shoot “despite the worries of the couple on the possible dangers.”

Nebreja remembered the eruption occurring at around 5:50 p.m. and recounted, “The lightning and the smoke didn’t affect our tasks. Rather it made our work very memorable.”

According to the Philippine Institute of Volcanology and Seismology, or Phivolcs, at 5:54 p.m. on Thursday, the volcano spewed a 200-meter-high lava fountain, which generated an ash plume that reached 1.3 kilometers above the crater.

The outcome was epic shots of the newly married couple against the towering clouds of smoke.

Nebreja’s post has received 79,000 likes and over 26,000 shares as of this writing. He described the feeling of going viral as “overwhelming.”