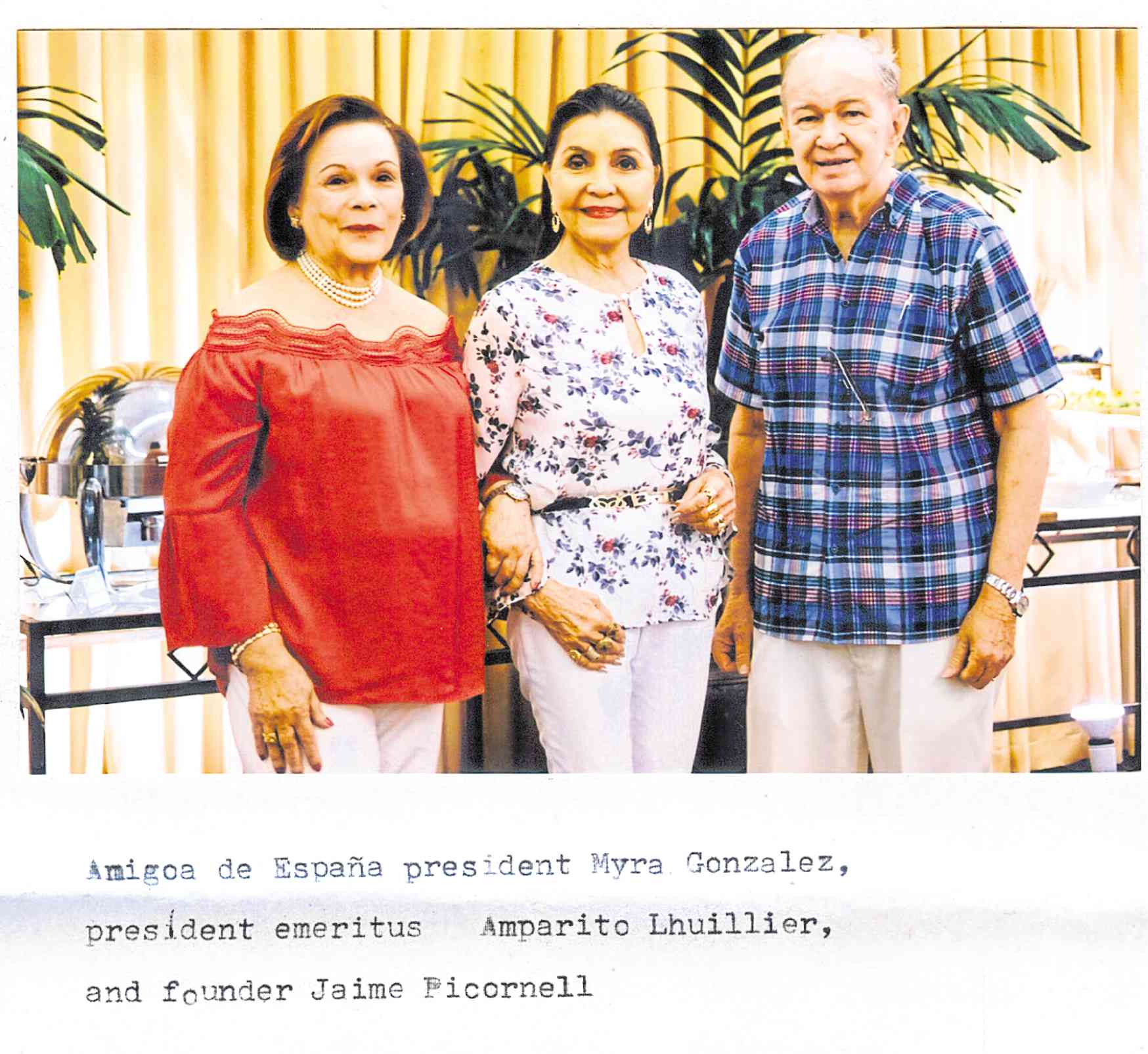 A whirl of embassy luncheons and private parties 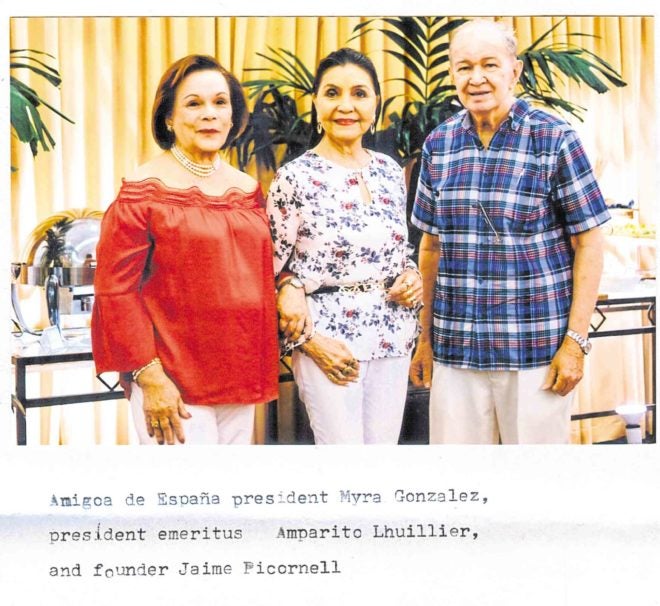 Everyone wanted to get the large bag filled with Spanish chorizos José Mari Miranda brought from his son Ipar’s restaurant.

Special guests were Pacita Sode, Alejandra Wadskier from Venezuela, and John Rex who took the pictures.

Montebello Villa Hotel is the only garden hotel in Cebu City, opened in 1972 and due to celebrate 46 years of existence this February. Ever since, the garden has been the special and loving concern of Zelia Borromeo.

On Zelia’s recent birthday, the garden was dedicated to her as “El Jardin de Zelia” in recognition of her great caring for its lawns, flower beds, shrubs and towering trees. A dinner capped the celebration.

Ambassador of Belgium Michel Goffin hosted a reception at the ballroom of Marco Polo Plaza Hotel to introduce Enrison Benedicto as the new Honorary Consul of Belgium in Cebu.

With Enrison on this occasion were his pretty wife Christine Dorothy, his parents Enrique and Helena Benedicto, and his brother Grand Benedicto, Honorary Consul of Romania with his wife Genevieve.

This was also valedictory for Enrique Benedicto, who for many years has served the Honorary Consulate of Belgium in Cebu with total dedication. There is a long list of accomplishments and projects successfully undertaken under his tenure.

A few days later, also at Marco Polo, the Ambassador of Japan Koji Haneda and his wife Ihoko Haneda hosted a reception to celebrate the birthday of Emperor Akihito.

The toasts were emotive, as Emperor Akihito and Empress Michiko are retiring in April 2019, and will be succeeded by Crown Prince Naruhito and Crown Princess Masako.

Consul General Shi Yong of the People’s Republic of China in Cebu hosted a luncheon for members of the Cebu press at the Tsay Cheng Chinese restaurant. With him were chief consul Qin Yong and consular attaché Jiang Wen.

Ethel Natera, who works for the Chinese consulate general, coordinated the event with splendid results.

Ambassador Francisco Benedicto also hosted a luncheon for media friends at Tsay Cheng, this one coordinated by Sam Costanilla who served as master of ceremonies with his usual panache and subtle Cebuano humor.

Special guests were Frank and Malou Cimafranca. He holds a prominent post in the Department of Foreign Affairs. He said the DFA will open more extension offices, the better to process passport applications.

Both Malou and Frank are from Bohol. In 2018, they will be assigned to Athens where he will assume the post of Philippine ambassador to Greece.

Also at Tsay Cheng, this time a dinner party, was Bayani and Virgie Reyes’ celebration of her birthday, with their pretty daughters Sheila and Leslie Ann.

Two years ago on Teresin Mendezona’s birthday at her scenic home in Cebu’s Beverly Hills, the ladies were requested to wear tantalizing fascinators. Last year they wore sparkling tiaras.

This year Teresin and her lady guests wore floral crowns in varied colors, exuding exotic redolence. As always, it was a merry gathering, the buffet was a gourmet’s fantasy made reality.

Dr. Vivina Chiu Yrastorza, eminent pediatrician, marked her birthday with a dinner party at Salon de Madrid of the Casino Español de Cebu. Helping her was her son Dr. Pocholo Yrastorza, whose dental clinic is one of the best equipped in Cebu.

Kingsley Medalla chooses a different venue every year to celebrate his birthday. This time it was Napoleon Arts Café in Banilad. It is filled with paintings and bric-a-brac.

The occasion also served to welcome his mother, Pacita Sode, home after a long vacation in Australia.