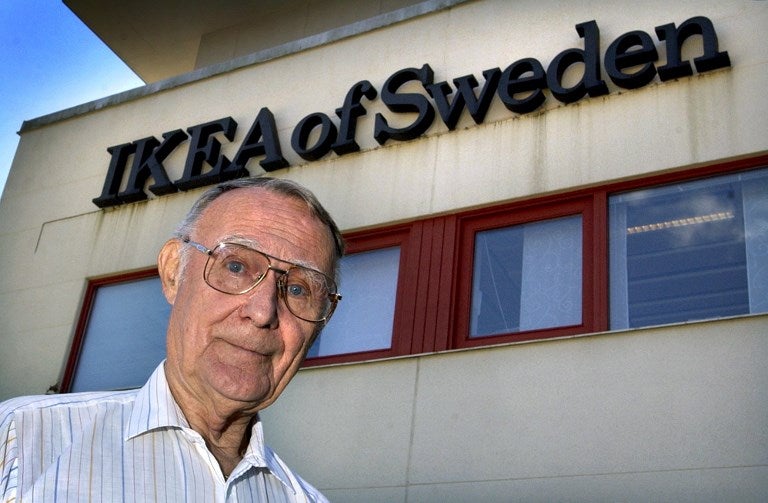 “We are deeply saddened by Ingvar’s passing. We will remember his dedication and commitment” to ordinary people, Torbjorn Loof, CEO and president of Inter IKEA Group, said in a statement.

Born in 1926 to a farming family in the southern Swedish region of Smaland, Kamprad founded the company at age 17.

“His legacy will be admired for many years to come and his vision – to create a better everyday life for the many people – will continue to guide and inspire us,” Jesper Brodin, CEO and president of the IKEA Group, said in the statement.

The European Commission announced last year that it launched an investigation into IKEA’s tax deals in the Netherlands.