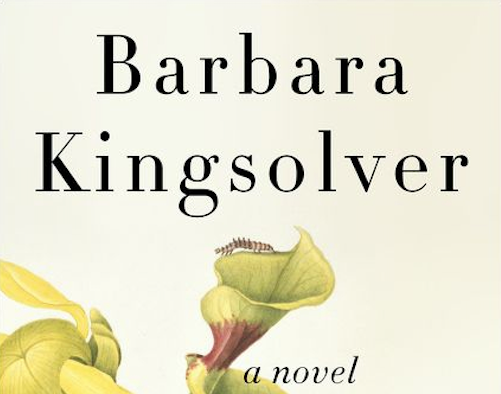 Barbara Kingsolver’s United Kingdom publisher has revealed that the American novelist has a new book due out in October that it calls a “testament to the power and goodness of the human spirit.”

“Unsheltered” will take place in two time frames in the town of Vineland, New Jersey: in 2016, when a woman named Willa Knox is dealing with the aftermath of a shattered life and family; and 1871, as a small town school’s new science teacher and Darwin advocate Thatcher Greenwood struggles against the status quo.

“Both Willa and Thatcher resist the prevailing logic. Both are asked to pay a high price for their courage,” reads the publisher’s description.

Kingsolver suggests that the book is a particularly topical one, stating, “We’re living through a scary historical moment when the most basic agreements about who we are as citizens, and how we’ll succeed in the world, are suddenly unraveling. It isn’t the first time. … ‘Unsheltered’ speaks to these moments, and uses the lens of unravelings past to ask where we might be headed.”

Kingsolver is the author of novels “The Poisonwood Bible” and “The Lacuna” for which she won an Orange Prize.

12 books by La Salle writers to be launched