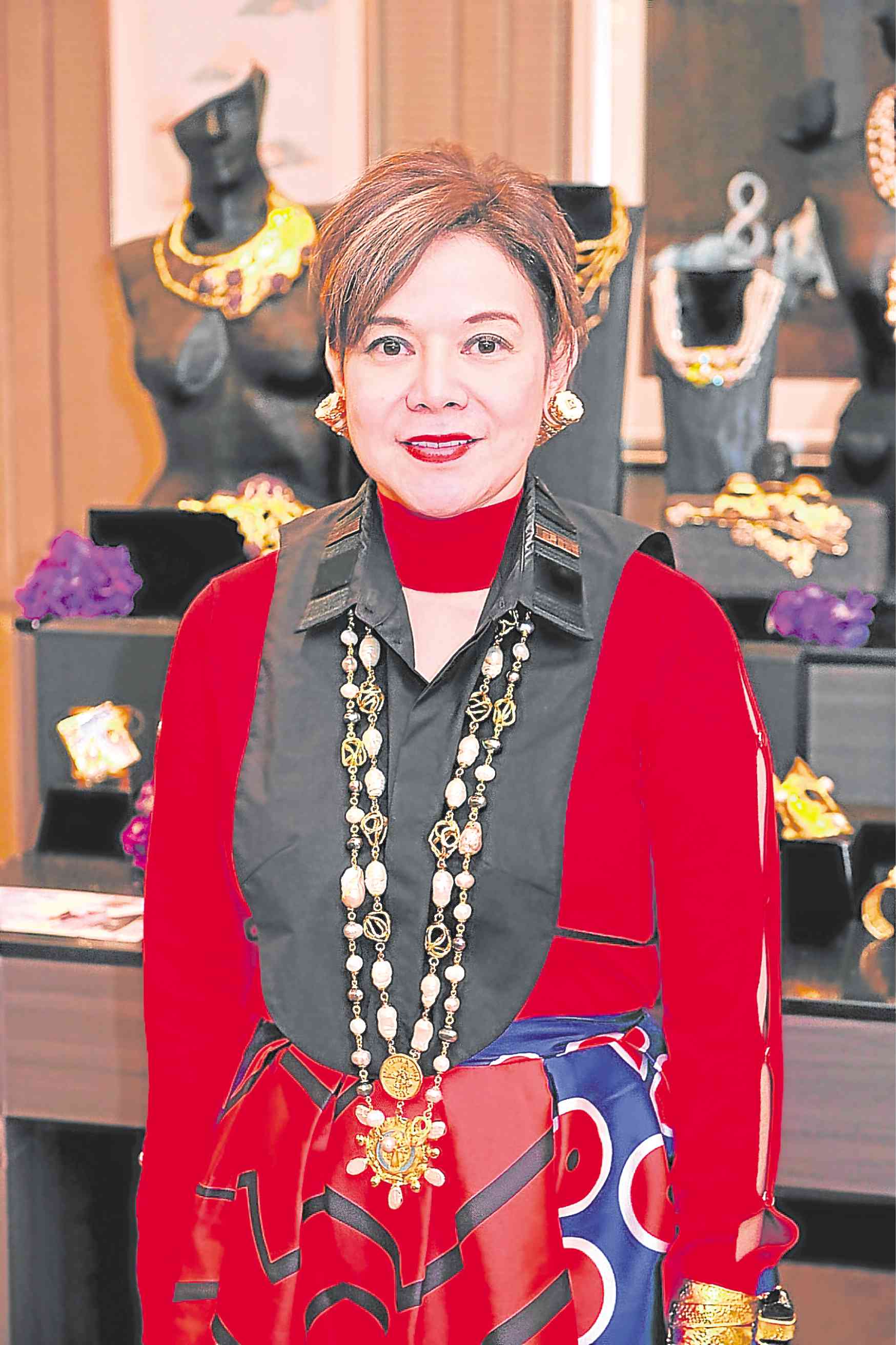 AnnOng wears her lucky necklacewithmedallions of Saints Mark and Benedict from Sacré-Coeur Cathedral.

Less than a decade into her career, self-taught accessories designer Ann Ong has won international and local awards.

She received three consecutive Katha Awards for Best Product Design in Manila FAME. Her first award was for a woven, mesh metal minaudière.

When typhoon “Pablo” struck the Philippines in late 2012, Ong salvaged wood from fallen trees and transformed them into another minaudière with a 3D flower. It became a landmark design, defining the Ann Ong signature organic look.

Her third award was for a purse made from buko twigs.

The Ann Ong brand has been associated with minaudières with trademark gold-plated grasshopper and semiprecious stone clasps, and bold cuffs and dramatic necklaces in natural, organic shapes.

In 2016, she became the first Filipino to win the Best Designer Award in the New York Now show for her SustainAbility Clutch, a handcrafted clutch made of coconut wood circles that revealed their natural grain. They were purchased from a roadside vendor in Mindoro and framed in gold. The purse was topped with a gold-plated ant and an aventurine jade clasp.

On Feb 4-7, Ong will hold an exhibit at the New York Now at Javits Center. She will exhibit minaudières made from her signature material, mahogany, with 24k plated yokes; hammered gold clutches with freshwater pearls; cast-metal cuffs with citrine and tourmaline; and black mother-of-pearl purses.

Also on exhibit will be minaudières with metallic tree root designs and 24k gold-plated fish clasps. One of the most striking designs is a golden cast-metal minaudière, the richness of which is set against a bamboo branch and a Buddha clasp.

“I’m not just about bold details. I mix fashion and art. Some of my new clutches, such as the bamboo with the Buddha clasp, can be used as home décor. The clothes I wear are timeless to complement my jewelry. As a maximalist, I like to don layered pearls and mix them with other pieces encrusted with jade. My cuff has a tourmaline to ward off negativity. Wear something that makes you happy,” she said.
—CONTRIBUTED