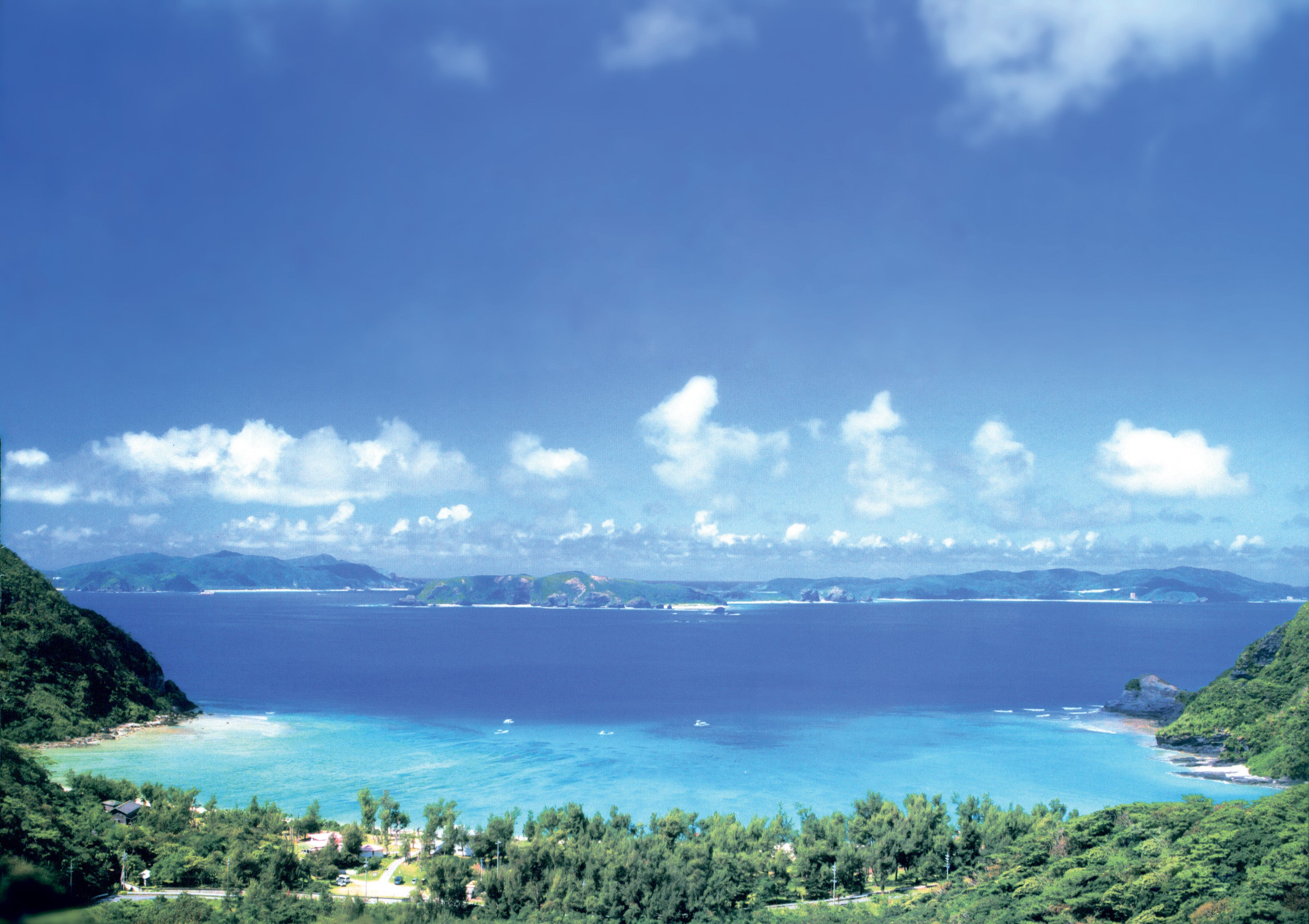 Surrounded by the waters of the Pacific, Okinawa is profuse with beaches, coves, diving sites, lush forests and natural bounty. —PHOTO FROM THE OKINAWA CONVENTION AND VISITORS BUREAU

A rare snowstorm dumped heavy snow and plunged Tokyo into travel chaos on Jan. 22, according to reports. Other parts of Japan are equally in the grip of winter. But there’s one area in that country that’s free of sleet and snow, and, in fact, is about to welcome cherry blossoms: Okinawa.

The tiny island off the southern tip of Japan experiences sakura season much earlier, from late January to mid-February. Okinawa itself is just the biggest island (about 1,206 square kilometers) in a group of 160 islands comprising the Okinawa Prefecture, which is home to about 1.4 million people.

Because of its subtropical location—think Miami, Hawaii, Cancun on the same latitude—Okinawa experiences balmy weather all year, even in winter. At this time, for instance, while the rest of Japan is bundled up, it’s like Baguio in Okinawa, the breeze crisp and nippy but not chilly.

Surrounded by the waters of the Pacific, Okinawa is profuse with beaches, coves, diving sites, lush forests and natural bounty. The islands were formed from coral millennia ago, and that porous material in turn led to the islands being honeycombed with extensive caves—such as the now-tourist magnet Gyokusendo Cave—which became places of refuge during the bloody Battle of Okinawa between American forces and the Japanese Imperial Army in World War II.

As the only part of Japan to be invaded by Allied forces, Okinawans bore the brunt of some of the heaviest fighting in that war, with a third of the civilian population dying from starvation, disease, suicide over fear of the foreign army, and the Allied bombardment that was so ferocious, Okinawans had a term for it: “tetsu no ame,” or “rain of steel.”

The Peace Memorial Park, a museum dedicated to remembering the war dead and fostering peace, presents this history with remarkable frankness, laying blame for the carnage on both the relentless American bombs that changed the island’s topography and the cruelty of desperate Japanese troops themselves.

Even after the war, the Americans stayed for 27 more years, administering the islands and seeding the area with military bases. These days, while Okinawa has reverted to Japan, some 26,000 US troops are still stationed in the prefecture, leading to the sprouting of spots like the Mihama American Village in Chatan Town, a former military installation converted into an outdoor retail mall brimming with Americana, from Starbucks to steak diners to thrift shops and cinemas.

The combination of natural beauty, unique culture and history—Okinawa was once an independent wealthy kingdom called Ryukyu that traded with its neighbors, including early Philippines, for nearly 500 years while mainland Japan was closed off to the world, before it was annexed by Tokyo in 1879—and a relatively more laid-back, Western vibe has made Okinawa an attractive regular hideaway for many Japanese. Over six million of them hie off to the Okinawan islands for their bit of sun and sand every year, making it the country’s top domestic destination—Japan’s Boracay, as it were.

Speaking of Starbucks—wonder why that cup of coffee you bought is called Okinawa Brown Sugar Latté? That’s because Okinawa brown sugar is considered of premium grade, derived from sugarcane that is among the island’s traditional crops, along with pineapple, sweet potatoes and yam (their version of ube is a staple in native delicacies).

But sugar itself does not appear to dominate Okinawan cooking, or even meat. Rather, a lifetime healthy diet of fish, tofu and vegetables seems to account for the extraordinary fact that Okinawans are the longest living people in Japan—in a country that already holds the global record for people living much longer than others. Okinawa is one of just four “Blue Zones,” or longevity hotspots, in the world.

Perhaps drinking awamori—traditional wine fermented from Thai rice—also has something to do with it. Or the fact that the ancient martial art of karate, which originated in Okinawa, keeps many a senior Okinawan fit. The culture, especially after the islands’ bitter experience in World War II, is staunchly pacifist. As in Nagasaki and Hiroshima, schoolkids are taught the advocacy for peace from a young age. But this is not a modern development, since even the old Ryukyu kingdom was noted for its harmonious, cordial relations with China and other ancient Southeast Asian countries.

That deep-rooted sense of openness can be seen in the Ryukyu kingdom’s main bastion for 450 years, Shurijo (or Shuri) Castle, which fell to ruins in the Battle of Okinawa but was fully restored in the 1990s and became a Unesco World Heritage Site in 2000.

Unlike other Japanese castles of austere wood and stone in muted colors, Shuri blends Chinese and Japanese elements in its vermilion-red facade with elaborate, gilded adornments—an exuberant color palette that extends as well to the costumes of the eisa drummers ubiquitous in festivals and cultural performances, and the traditional flowing Ryukyu robes tourists can don (for a fee, of course) in a cultural theme park like Ryukyu Mura in Naha, Okinawa’s capital. (Naha, “located midway down the island chain, is closer to the tip of the Philippines than it is to Tokyo,” noted The Telegraph.)

Okinawa is a mere two hours from Manila (though there are no direct flights for now). For an experience of a different Japan, where sakura blooms early away from the tourist horde, the air never gets too hot or too cold and the living is easy, whip out a map and look beyond Batanes and Taiwan to find the fabled isle of Okinawa. 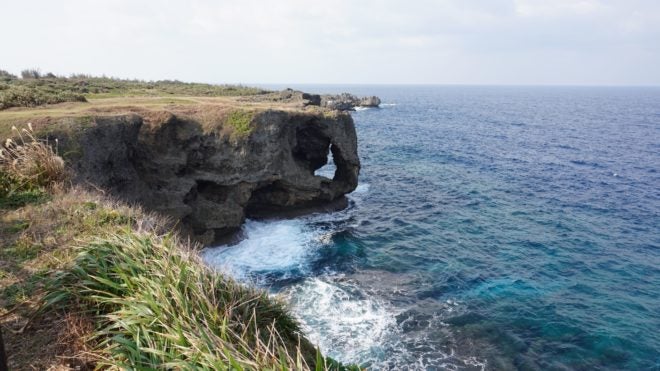 SIGHTSEEING
Gyokusendo Cave and the Traditional Crafts Village at Okinawa World. Cape Manzamo (above), a scenic bluff overlooking limestone cliffs and the sea beyond. Ocean Expo Park for its dolphin show, and Churaumi Aquarium, the world’s second largest of its kind, meant to showcase Okinawa’s marine life, including three whale sharks. Or, with 160 islands in the area, island-hop and dive to your heart’s content.

HISTORY AND CULTURE
Peace Memorial Park, where the names of 240,000 war dead are remembered in black marble steles, and the Okinawa Prefectural Peace Memorial Museum bear testimony to the island’s history. Ryukyu Glass Village and Awamori Sake Brewery, to learn about two of the island’s traditional crafts. Ryukyu Mura, a compact theme park that recreates an ancient Ryukyu village. Shuri Castle, the imposing seat of power of the old kingdom. 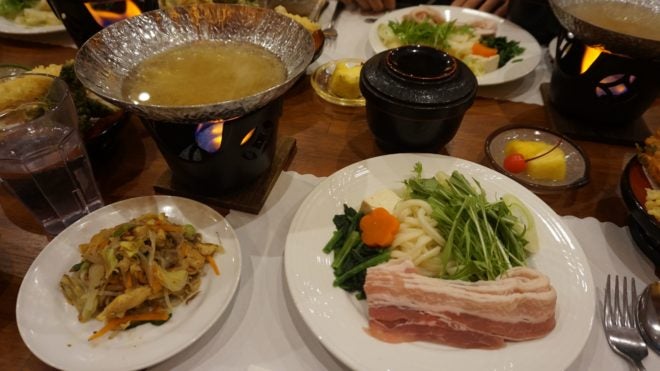