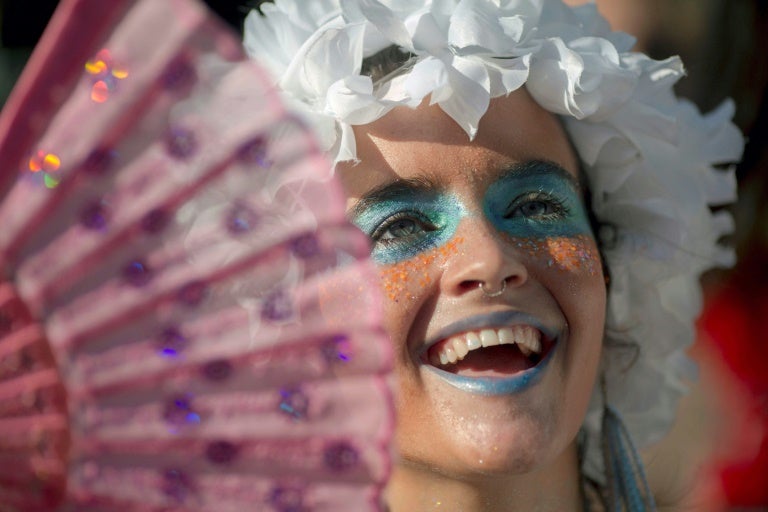 Rio de Janeiro’s carnival officially kicks off Friday, but this year revelers have more on their minds than drinking, dancing and dressing up — there’s politics.

Rei Momo, the genial carnival king with an entourage of headdress-wearing female samba dancers, officially opens the festivities that will climax in the epic Sambodromo parades Sunday and Monday nights.

But it’s not all smiles behind the scenes.

This year, Mayor Marcelo Crivella cut carnival subsidies by half, citing dire finances as a justification.

Critics counter that the carnival brings approximately $1 billion in tourism revenues. They say Crivella, a senior figure in Brazil’s evangelical movement, simply disapproves of the raucous annual festival, which is rooted in Catholic culture.

Last year, Crivella broke with tradition by failing to show up to the ceremony where he would have handed Rei Momo the symbolic key to the city. Crivella said his wife was not feeling well.

But he also kept away from the Sambodromo parades, a fixture for mayors every year since the purpose-built stadium was inaugurated in 1984.

This Friday it remains a mystery whether Crivella will do the honors with Rei Momo or set foot in the Sambodromo when the festivities start on Sunday.

Anger against the mayor is palpable at huge amateur street parties known as “blocos,” where ordinary people dress up and party. “Out with Crivella” was the slogan of T-shirts at the big Sympathy is almost love “bloco” on Saturday.

The Sambodromo parades could give opponents an even bigger stage.

“In evangelical doctrine, the carnival is the devil’s own party. But while an evangelical can think this, a mayor of Rio cannot,” Leandro Vieira, director of Mangueira, one of the top samba schools, told AFP.

Crivella isn’t the only target for carnival goers. Brazil — and Rio in particular — faces a toxic mix of corruption, political division and violent crime, so there’s plenty to poke fun at.

At the “blocos,” costumes this year include people dressed as suitcases stuffed with stolen money. Some will dress up as Bitcoins.

The exact content of the Sambodromo parades remains secret up to the last minute, but another big samba school, Beija Flor, says it will be inspired by the idea of a Frankenstein monster taking over the country with corruption and intolerance.

Paraiso de Tuiuti, another big competitor, will explore slavery, racism and workers rights, closing its parade with a float depicting a vampire — an allusion to current center-right President Michel Temer.

Portela, which won the parade contest jointly with Mocidade last year, will be focusing on immigration with a look at the story of Jews who fled Brazil in the 17th century to the city that would become New York. Mocidade will be taking inspiration from India.

Safety controls have been increased after a float driver lost control of his vehicle last year, killing a journalist and injuring several others. There will also be tests to make sure the drivers are sober. AB

Venice Carnival takes wing with ‘flight of the angel’