At a gallop, Hermes expands HK flagship—and how | Inquirer Lifestyle 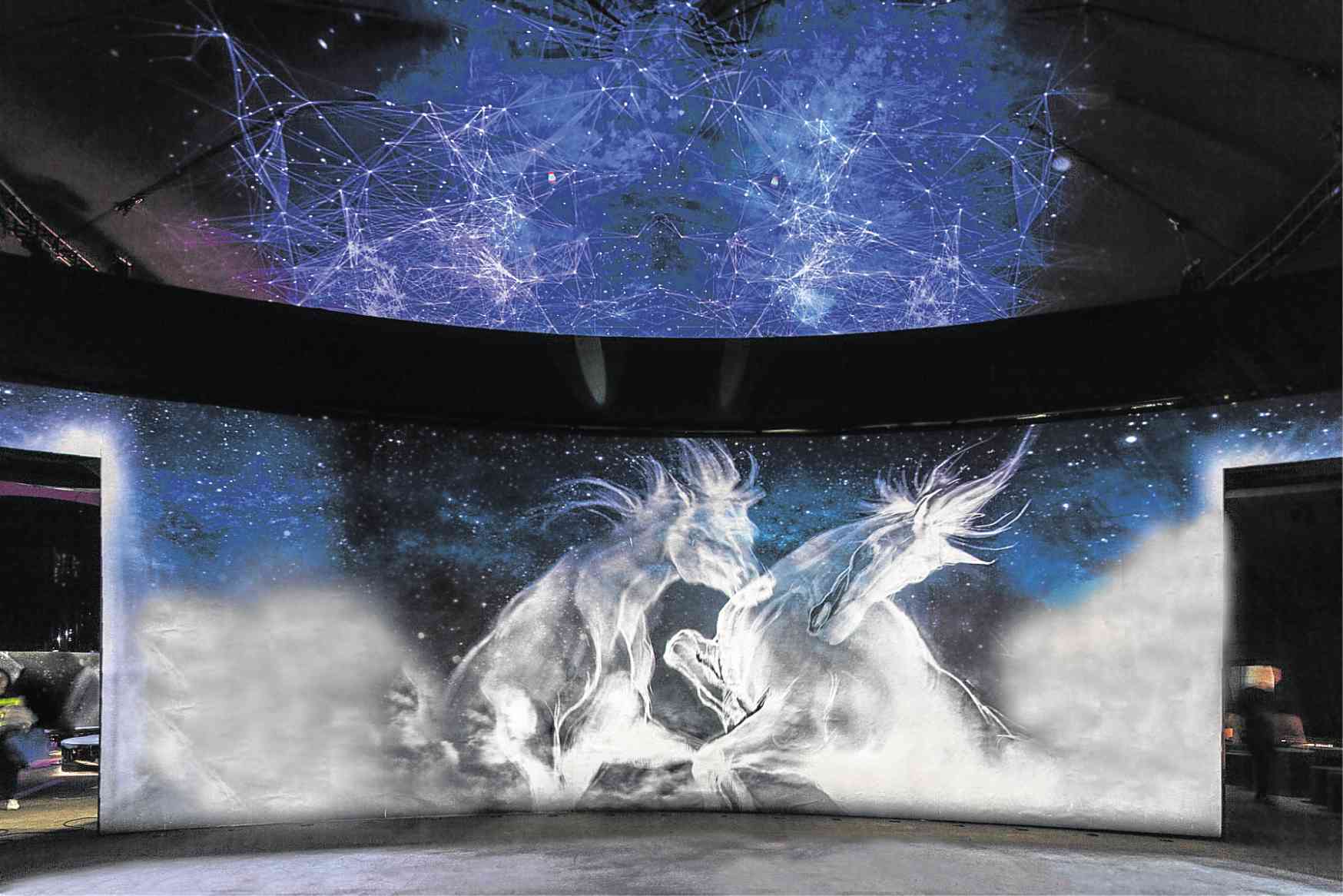 The equestrian theme of the party is a tribute toHermes’ origins and history.

At a gallop, Hermes expands HK flagship—and how

Some are still wondering whether or not it really happened, a month after the fact. That dream-like party with the starry indoor sky, stallions galloping across murals, and a garden straight from “Alice in Wonderland” that Hermes hosted one chilly night in West Kowloon after the holidays.

VIP and media guests were asked to wear comfortable shoes. “There will be a lot of walking,” organizers said.

Invitees alighted from vans and found themselves in Nursery Park, an isolated venue along the waterfront in Hong Kong City’s cultural district.

Rickshaws fashioned from vintage bikes took the guests from the driveway to a gigantic tent with a nondescript dome. It looked unimpressive until…

A long, dark alley led to a mural featuring dramatic close-ups of running horses—an homage to the luxury brand’s equestrian heritage. (Hermes was established in 1837).

Cloud-like vapor cascaded like waterfalls from the wall. In one corner, a discreet door opened to a jaw-dropping orchard. (“Real trees!”)

Steps away from the dining zone was a play area where guests enjoyed board games fashioned from blonde wood. (The color reminded guests of the bamboo-like details in Hermes’ flagship store that opened that morning at Landmark Prince along Central District’s Chater Road.)

All these happened under a high, midnight-blue dome decked with clouds, constellations and flaming comet. Translucent horses would sometimes sprint across the makeshift sky.

Tribal and New Age music alternated in the background. The scent of Hermes fragrances wafted in the air. Trompe l’oeil murals changed images when viewed through varied colored lenses.

And then the shows began. In one chamber, a male performance artist did somersaults on a giant trampoline. He bounced off the trampoline to a nearby set of steps, each time rising higher and higher.

In another chamber, a female artist danced to piano music—part-modern dance, part-“Smooth Criminal.” The audience searched for hidden wires.

This magical night and the opening of Hermes’ new store at Landmark Prince earlier that day were hosted by Hermes chief executive officer Alex Dumas and managing director for Hong Kong and Macau Else Rameau.

With 9,167 square feet of retail space, the flagship occupies three stories from the ground to the first floor of Landmark Prince. There’s a mezzanine.

This allows Hermes a full display of the rich variety of its 16 collections that include leather items such as its famous bags, shoes and belts; ready-to-wear, signature scarves and silk collections, fashion jewelry, houseware, furniture and perfumes.

As he welcomed the guests, Dumas described how designing the new store was “a tremendous experience in creativity. Every time we build a store, the first persons we welcome are the local clientele.”

The CEO called attention to the dramatic vertical design of the façade designed by the Paris-based agency RDA, and inspired by what its Asia Pacific office described as “traditional bamboo scaffolding with contemporary interpretation, which allows ample natural light to brighten up the whole store.”

The store at the corner of Ice House Street and Des Voeux Road has a giant, two-level window featuring an art installation by French artists Zim and Zou. Bamboo is used generously on the ramp, floor and stairs throughout the store.

“The idea is to always show the best (materials), something local and unique from the (host) country to create an emotion from the client,” Dumas explained.

Hermes artistic director Pierre Alexis Dumas—who, like cousin Alex, is a sixth-generation member of the Hermes family—pointed to “small touches” around the store, such as paintings of horses and rural scenery that pay silent homage to the brand’s beginnings.

“It’s important to say Hermes is a family,” said Pierre. “It’s the name of our ancestor (founder Thierry Hermes). We pay homage in (every) store. Small touches to make it more personal. You will see here and there paintings on the wall. Images, not just for decoration, came all the way from Paris. The same way you put art in your home, we want this place to have a soul.”

Pierre noted that Hermes stores have “changed much over the years” in the desire to tell the family’s story.

“We are reinventing ourselves. We remake ourselves each time we do a new store. The concept of store architecture has changed. In this store there is a great sense of delight. The feeling of a house. I hope this store will become a loving place,” he said.

In the Philippines, Hermes is at Greenbelt 3, Ayala Center, Makati. 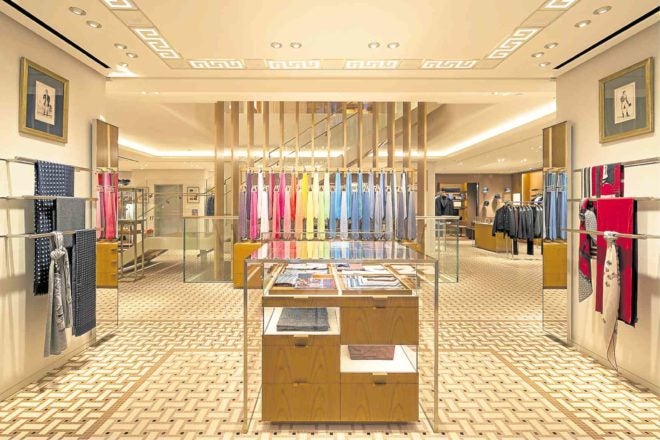