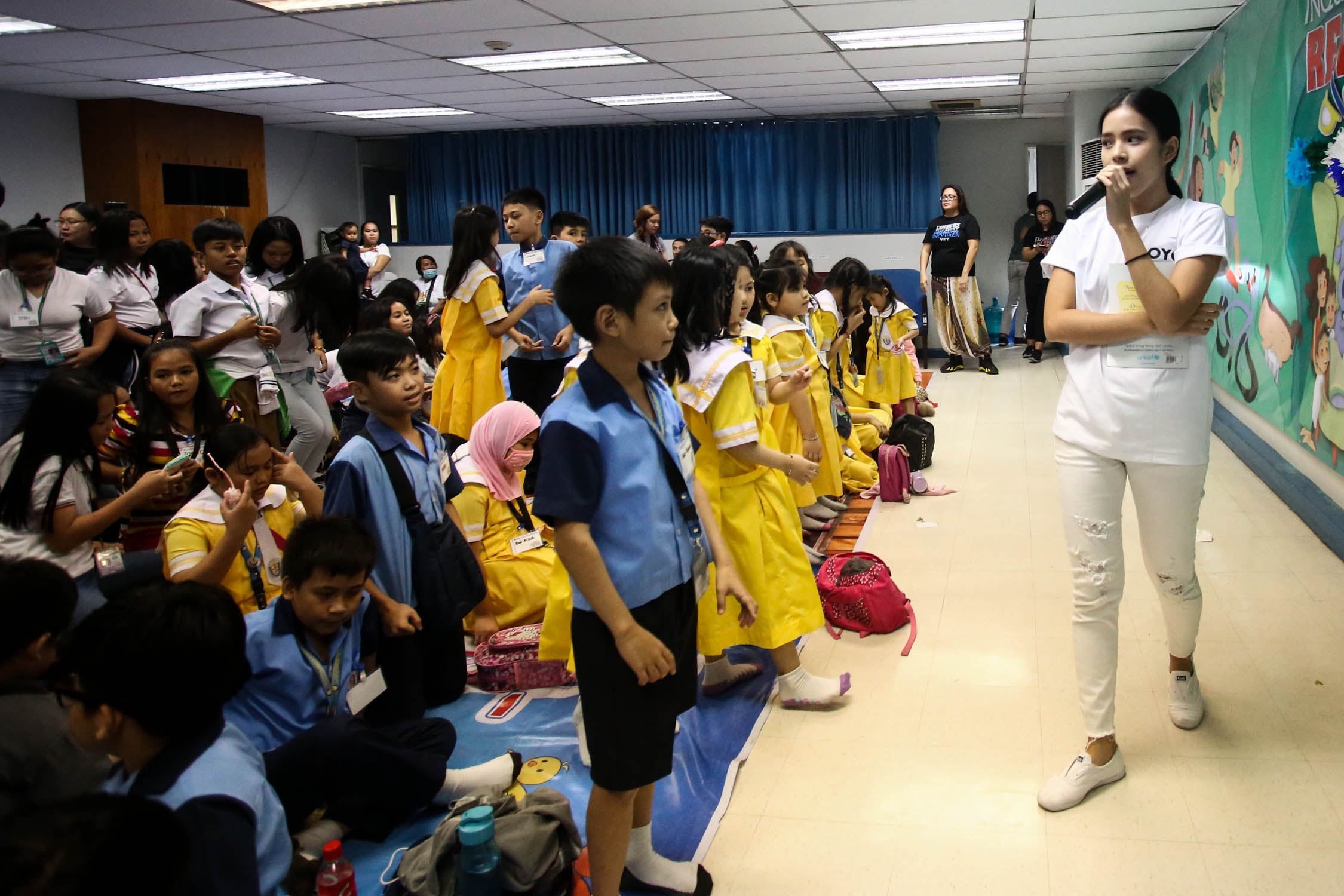 Tales of selflessness and humility were told to some 100 children during the Inquirer Read-Along session on Saturday morning at the Inquirer office in Makati to celebrate love for country this love month.

A first-time Read-Along storyteller, Padilla said the children were the most participative group she ever read along with and she hoped they had a mutually enjoyable experience.

Relating to her story, Padilla said children should learn to be effective communicators especially on matters pertaining to ending war and violence.

“Most of the time, wisdom comes from the older people. But you know, once in a while, the younger generation, they know what they’re talking about. They are the voice of the future so I think that’s a nice message to impart,” she said.

The session also included a turnover of Philippine flags led by Ayala Foundation President Ruel Maranan to over 30 schools in Metro Manila and Bulacan as part of the foundation’s “Maging Magiting” campaign.

Abacan, who is also officer of the Meycauayan City Private Schools Association, received the flags for Sophia School and in behalf of 30 public schools in the city.

Maranan said they plan to distribute thousands more flags in schools nationwide as it is important for the young ones to be conscious about the essence of the symbols in the national flag.

He also hoped that more than respecting the flag through their ideals, words, and deeds, the children would be inspired to serve the country and their fellowmen.

“Every time you would see our flag, may it inspire you not just to get high grades in school and make your parents be proud of you, or even strive hard to be the person you wanted to be, but most importantly to serve our country,” he said.

The flag donation project is part of Ayala Foundation’s “Maging Magiting” campaign that aims to promote love for country by highlighting heroism in every Filipino through dignity and resilience in performing their daily activities.