Leila on my mind | Inquirer Lifestyle 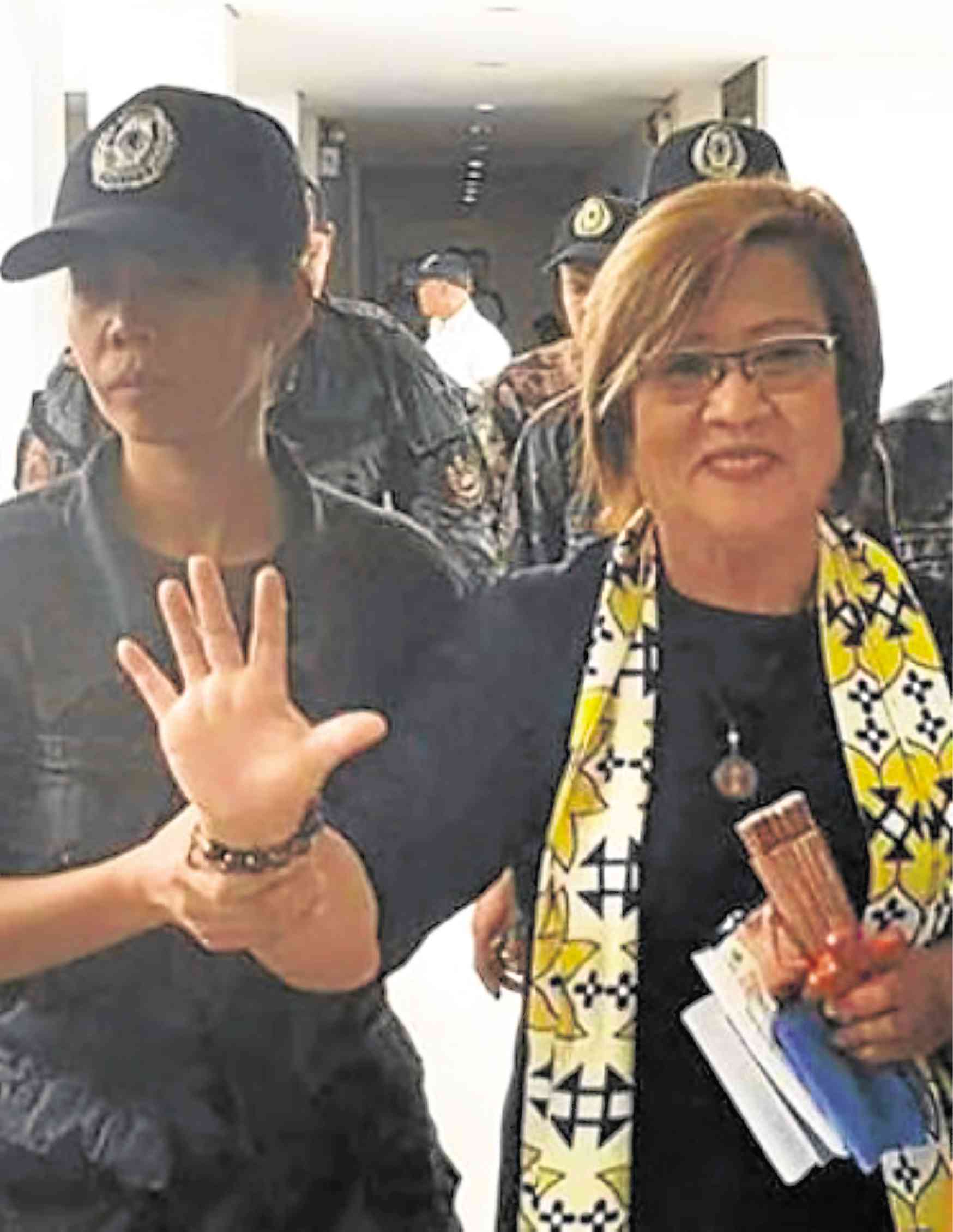 Leila on my mind

It’s not easy to forget that Sen. Leila de Lima is in jail, where she does not belong, any more than you or I. She is often in my thoughts, because I’m bothered.

I wonder why I feel so strongly for her when I had never met her until we started visiting her in Camp Crame last year. She, of course, was no stranger to me; before she became senator, I had admired her courage and sense of public duty.

As Justice department secretary, she had gone after the supposedly untouchable big fish. She put away former president Gloria Macapagal-Arroyo for plunder, among other corrupt politicians.

Before that, when she was chairperson of the Commission on Human Rights and Rodrigo Duterte was mayor of Davao City, she had begun investigating him; when she became senator and he president, she did not let up.

Thus was laid the ax to grind against her. Duterte’s henchmen in Congress indulged him and broke all the rules of law and decency to demean a woman and a colleague, and persecute her on the word of life-term convicts for the most ludicrous and unimaginative accusation—drug trading. Now, the accusers, possibly awakened to the improbability of their case, are at a loss what to finally charge her with.

Meanwhile, she has remained in jail—for almost a year now. My husband and I, feeling for her as we suppose any other human with a natural sense of humanity does, visit her with a sense of righteous compulsion.

I have mixed emotions whenever we visit Leila. She has lost weight; the 33 pounds she says is visibly believable. Lest anyone think it the result of emotional burden, she says she has given up rice at dinner, and she does seem upbeat and in high spirits.

Obviously this woman cannot be easily broken. If she sometimes seems teary-eyed, that is from the outrage for the injustice, the inhumanity, done her. And, if one tear actually falls, it is for Israel.

Israel is her special child; she calls him “my angel.”

I wonder what goes on in his innocent mind whenever he goes back home from a visit to his mother and leaves her behind, all alone, in that strange place.

I wonder what alleviation of pain or distraction from it is contributed by the 11 cats that have appeared from nowhere to offer her substitute company, not necessarily for Israel, but for Koko, her Japanese Spitz.

Visits do bring some comic relief, courtesy mostly of a younger brother who is naturally funny and comes intent especially to be so; we catch him this Sunday. We like to come Sundays when Mass is celebrated by Fr. Robert Reyes, the amazing champion of victims of injustices and general misery. He may be called the running priest, but I bet he cheats and sometimes flies, flown by his own guardian angel: How indeed has he managed to be where he is needed at the perfect time?

We are no more than 30 admirers, friends, family and work staff. One Sunday earlier, a small choir of boys and girls from an urban poor community, led by their parish priest, sang at Mass. Until they had visited Leila, the youngsters had not been aware of her predicament.

This Sunday the choir is composed of young nuns and conducted by an elderly one, a militant one and a namesake of mine—Sister Teresita. Needless to say, nuns have a special place in our political history, a proven source of contagious courage in dark times.

Father Robert always shortens his homily to share the floor with the visitors. The parish priest from the earlier visit told of many unclaimed young corpses turning up in his community. He knows firsthand, because he blessed each one. And he confessed that, as more and more bodies turned up, he felt himself less and less shocked. Surely, he said, nothing is worse than for a people, let alone a priest, to feel that way.

The new president himself takes some getting used to, but do we really want to get used to him? What happens to us if we begin to regard as normal his foul mouth, his vindictiveness, his intolerance of dissent, his brutal ways?

After Mass, there’s a buffet of Leila’s favorite Bicolano dishes, prepared by her family. Too soon, the visiting hours are over, and she is once again by herself.

Alone, she reads and writes, she exercises and prays. She’s wise to welcome the silence and embrace the solitude and take in the benefits from the meditative circumstance in which she finds herself. Her faith is unshakeable. She believes that, if God wills it, she will be able to serve her country again—in freedom.