Why, for us dog lovers, every year is the Year of the Dog | Inquirer Lifestyle ❮ ❯ 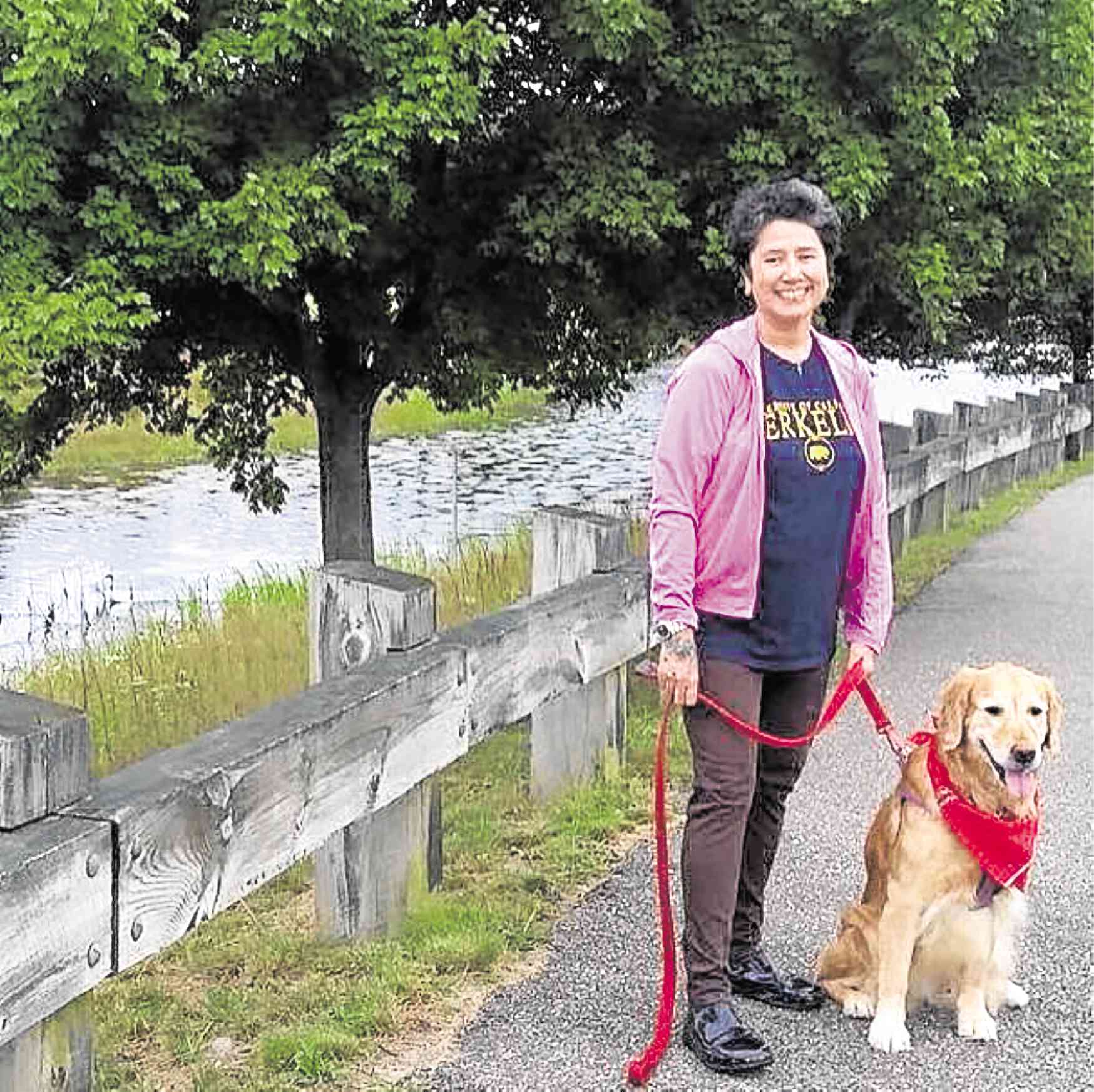 The author with the late Banana

Why, for us dog lovers, every year is the Year of the Dog

The Chinese horoscope told me two interesting things recently. I learned 2018 is the Year of the Dog. The Dog is described as a symbol of loyalty and honesty, characterized by some of the most positive traits a human being could be blessed with—honesty, responsibility, intelligence, loyalty, warmth.

Why do I love dogs so much, not just my own pets, but as a species, and as my favorite animal? (My No. 2: Sharks—but that’s another story.) Well, it’s mankind’s fault; ever since cavemen realized that Canis familiaris was better as a companion and hunting assistant than as a meal, things have pretty much gone downhill. In the case of some really neurotic dog owners who spoil their pooches senseless, that’s really downhill.

Adults who walk their dogs or bring them to the beach get the necessary exercise, and petting a dog has been proven to relieve stress, lower blood pressure and elevate mood.

In his best-selling book, “What It’s Like To Be A Dog,” Dr. Berns revealed how dogs respond just as well to praise from a familiar human voice as they do to food. They can actually process faces, and their brain composition changes when they see their human’s face. It’s an emotional response. Then again, we knew that already, too.

My earliest memory of a dog was my family’s dachshund, Frankie, who died of old age. I had a few small dogs growing up, but since we couldn’t spare much money for dog food, they subsisted on lugaw and leftovers—not exactly a recipe for good health, but I didn’t know any better.

Thus, when my beloved Lhasa apso, Igor, was hit during the first wave of a new canine disease called parvovirus, I couldn’t save him. Having his dead body handed to me by the vet was so heartbreaking, I didn’t get another dog for years.

I was already working when the dry spell was broken by a fierce Belgian Malinois named Muffin, who was almost 2 years old when I got her, and I learned valuable lessons on accepting a dog for what she is—even if she bit people. In return, she gave me loyalty, trust and a transformative love that I needed at a bad time in my life.

I also learned what it really meant to take care of a dog. I saved my money to pay for good dog food and vaccines. I bought good shampoo and bathed her myself (since nobody else could), and learned to cut her nails without hitting the quick, stick a thermometer up her anus, and gently push pills down her throat without hurting her.

I learned that I had to walk her for exercise and to keep her contented, and brush her hair when she was shedding. I learned to accept finding dog hair in everything I owned; fortunately, although dust and strong smells make me sneeze, dog hair never did.

The rest of my dogs followed in a loving gallery of beloved pets: Larry, the family black Labrador who was my protector and, I believe, helped shield me from illness. Banana, the dog of my heart, who was fragile and lived a short life, but taught me what true happiness meant. She led me to my first rescue, Kikay, who was later joined by another rescue, Kiko—the two asPins who are my babies today.

As writer Jon Katz said, a dog can’t stay for your entire life, so each dog you love comes at that point when you need him or her (I can never use the pronoun “it”) the most.

Muffin kept me company when I wanted to be alone, coping with depression. When I was on the mend, sweet, charismatic Banana appeared from heaven and proceeded to charm everybody. Larry, my big boy, was a constant who kept me grounded.

And when I got gravely ill, my then little asPin Kikay was so low-maintenance, she practically took care of herself, yet knew exactly when I needed a warm body beside me on my sickbed—a proximity I insisted on, despite my doctors’ protests.

Now, after two obedient, manageable dogs, little Kiko is teaching me new ways to extend my patience, as he swings between submission and resistance.

I’m a Dragon, and my Chinese horoscope readings warn me that I may not do too well in the Year of the Dog—unless I relax, stay positive and calm, and try to keep relationships open and loving. Come to think of it, that’s what all my dogs have been teaching me all their lives.

So you see, I’m not very worried; after all, for dog lovers, every year is the Year of the Dog. Every year is a reason to celebrate and give thanks for all that these extraordinary animals have given to us.