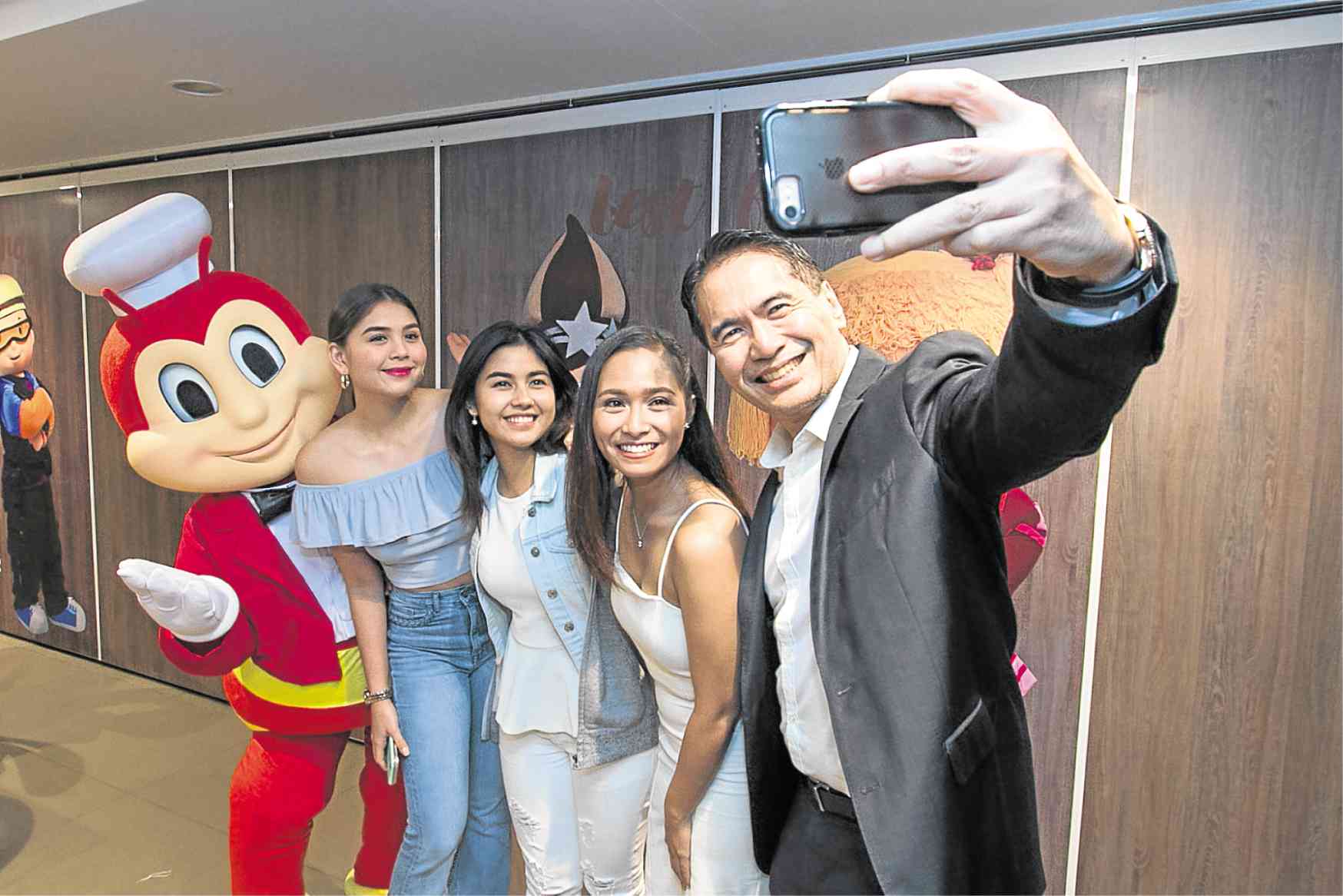 Not only are Filipinos the world’s biggest social media users—a global study showed we spend more time on social media than any other nationality in the world (an average of four hours and 17 minutes a day)—they must also be the most romantic netizens in the world.

Released online two weeks ago, the three Kwentong Jollibee videos–“Signs,” “Status” and “Homecoming”– have had a total reach of 71.7 million on Facebook, with 34.5 million views on both Facebook and YouTube.

In the first 24 hours since the videos were posted, “Signs” drew 4.1 million views, 130,000 shares on Facebook alone, and “Homecoming” and “Status” getting 2.9 million and 2 million views, respectively.

The numbers are remarkable, but should be expected, given how many Pinoys are diehard romantics. Based on analytic data on online reactions to last year’s videos, females 20 years old and above were the ones who responded most favorably.

“These female millennials were the ones who liked and, more importantly, shared the videos on their own social media accounts,” said Francis Flores, Jollibee global brand and chief marketing officer, and Jollibee Philippines marketing head. “Many of them shared their own experiences as well.”

He already knew that there had to be a new story this segment could share again.

Late last year, advertising firm McCann Worldgroup, headed by chair and CEO Raul M. Castro, again began sifting through dozens of possible Valentine storylines. From 50, they cut it down to five, which were presented to the client.

“We stayed true to what the brand was all about—spreading joy,” said Mitzie Nacianceno, McCann associate marketing partner.

“Based on my experience, I already know if a story will connect with our target audience. At the same time, it also had to be universal to appeal to the other segments,” Flores said.

Millions of views and likes are well and good, but for Flores, “the ultimate measure of success are the shares.”

“There are companies that buy ‘likes,’ but what they cannot do is buy ‘shares,’ he pointed out.

In “Signs,” a college coed believes that the universe will identify who she’s meant to be with. She misinterprets many of the supposed signs, until she realizes what she was looking for had been there all along.

Meanwhile, the protagonist in “Status” realizes, after far too many heartbreaks, that her one true love is her family.

“Homecoming” is an “interquel” to one of the Kwentong Jollibee videos from last year. Not to be confused with a prequel or a sequel, an interquel shows what happens in the middle of the story.

“Signs,” by far, is the most popular of the three new videos with 16.4 million views, although “Status” is being shared as well as commented on.

“In the process of crafting it, we felt it should be different from other Kwentong Jollibee videos because the others have a narrative, like a rom-com, while ‘Status’ is a very internal, introspective story,” McCann executive creative director Sid Samodio said.

“We were very fortunate to find a very talented woman (theater actress Elora Españo) to play the role because it would not have felt as genuine with a lesser actress,” Samodio added.

“For our target audience of female millennials, ‘Status’ was very relevant,” Flores said. “They’re at that stage where they’re not new in the dating game, they’ve learned a few lessons. They realize the value of self-love and family love.”

As Jollibee celebrates its 40th anniversary this year, it continues to strengthen its core Filipino values.

“We’ve always wanted Jollibee to be a brand that promotes positive family values. We’re really strong on family and I don’t expect our competitors to talk much about family love,” Flores said.

“They might come up with an ad about family, but people think it’s Jollibee or might say, ‘It feels like a Jollibee ad,’ and that’s a strength for us. When you talk about family or family values, top of mind is Jollibee,” he added.

McCann’s Castro acknowledged the “overwhelming fame” that was a result of the first Valentine’s campaign last year.

“You can get derailed if you do things just for fame. For our client Jollibee, we went back to what we felt was right and, in this particular case, find the most heartwarming, kilig love stories that we can feature—inspired by the stories of the fans of Jollibee,” Castro said.

With 2018 being a landmark anniversary for the brand, Flores said Jollibee has mapped out a yearlong celebration that kicked off with the return of celebrity endorsers Aga Muhlach, wife Charlene Gonzales and their teenage twins Atasha and Andres.

There are no plans of letting go of the Kwentong Jollibee videos come V-Day next year.

“One commenter wrote, ‘I know it’s February because there are new Kwentong Jollibee videos.’ We want to own that tradition. The challenge now is to come up with something better than what we’ve been doing,” Flores said.